Arashiyama Hanatoro is an exciting Kyoto night event! Our report in 2019!

Arashiyama Hanatoro is one of greatest night events in Kyoto! Night temples and great night views in western Kyoto!

This was the first time I went to Arashiyama Hanatoro; Arashiyama went completely different at night! I had only come to Arashiyama early in the morning, to enjoy the natural beautify of this area, but at night, it felt quieter, more romantic; I was stunned by the beauty of it. I especially liked Jojakko-ji Temple, where the stairs were illuminated with lanterns. You also got to a see a beautiful night view of Kyoto; I was taken back by its beauty! It might be a bit cold as the event takes place in winter, but it’s still really worth it!

So we headed to Arashiyama and first took a glance at the beautiful Togetsu-kyo Bridge before we went to the temples. The bridge is something you have to pass in order to get to the other side of the river, and that is precisely what we did! 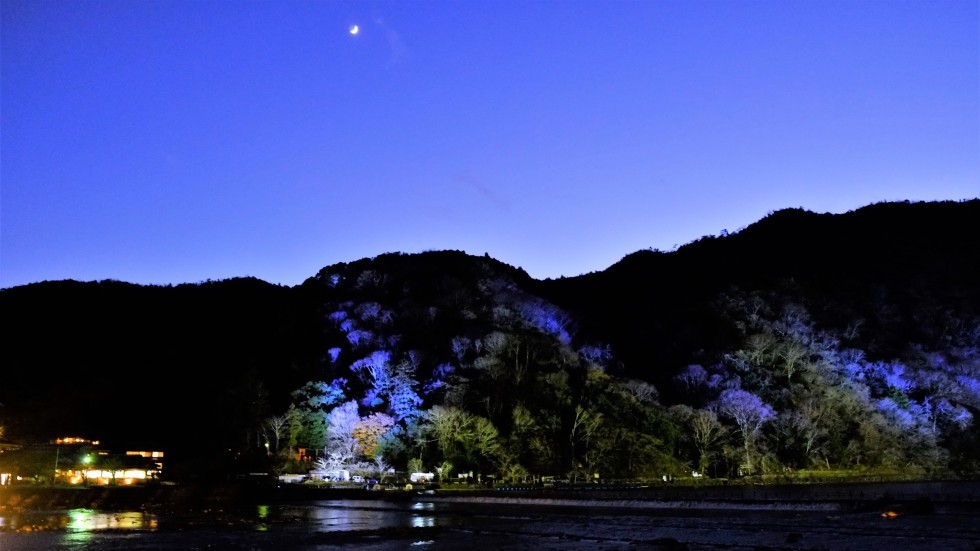 Then from the other side of the river, we could enjoy the view of Mt. Arashiyama and the moon, both at the same time. The mountain is illuminated during this event and definitely worth a look. 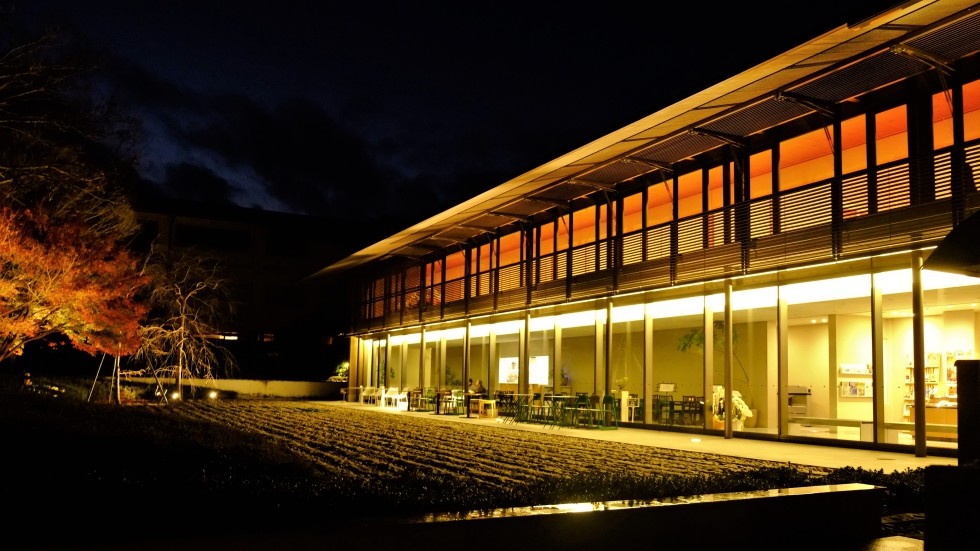 First, we went to Saga Arashiyama Museum, that just opened in October 2019. The museum didn’t seem to be that popular, maybe owing to it costing 900 yen to enter it. Which is also why we, in the end, didn’t go in, but it does look very nice. There’s also a café, but as the museum, the café is also a bit pricey. 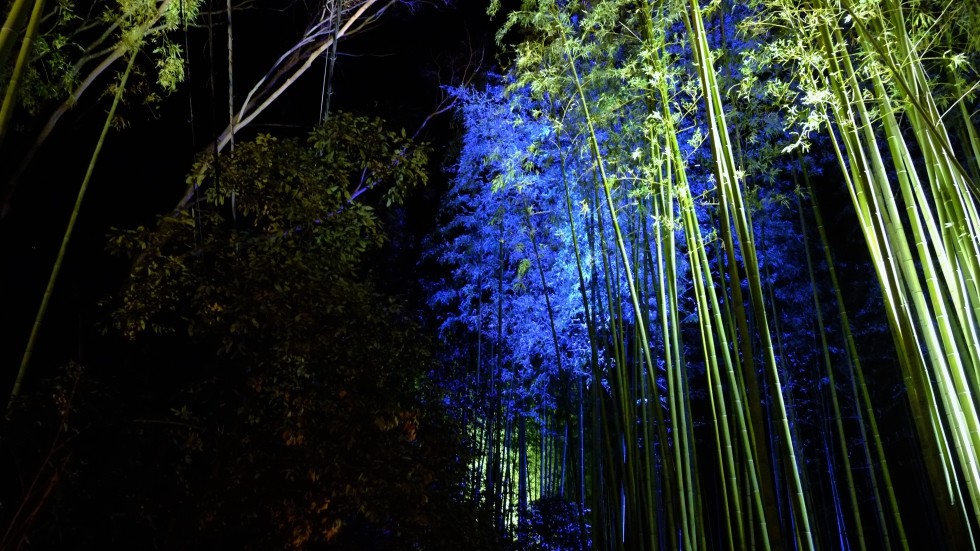 Next, we went through Bamboo Grove, which was full of mysterious atmosphere and people. It was just as busy as usual, but the atmosphere was completely different, as it was illuminated with both green and blue lights. 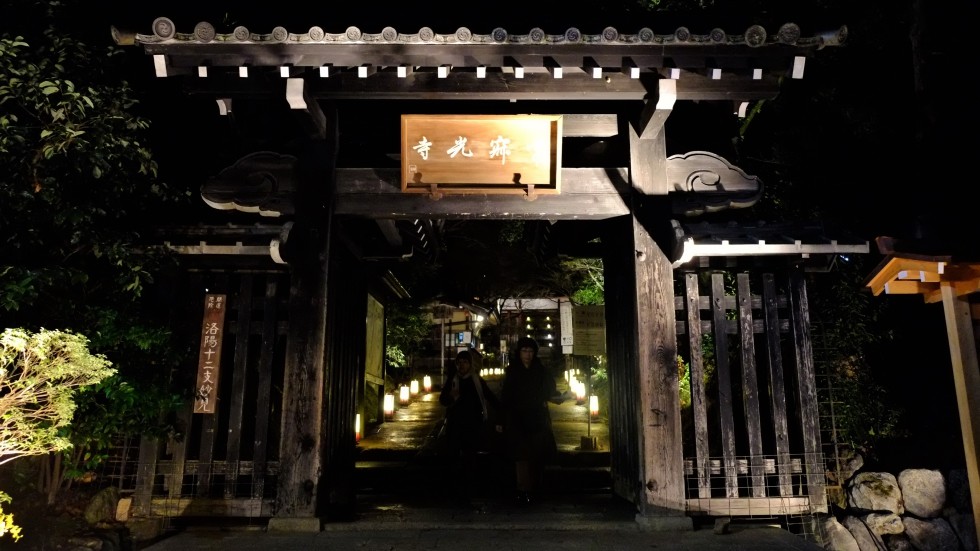 Then, we headed to Jojakko-ji Temple, which was open even at night! The lights here were so pretty, and there were not that many people, as the 500 yen entrance fee seems to keep them away. 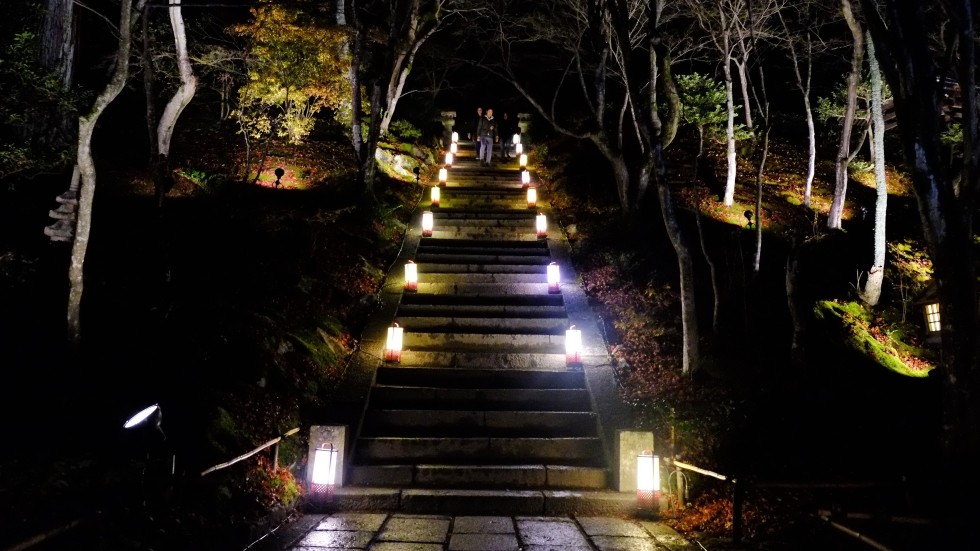 The stairway up the temple was also illuminated. Note that you’re not allowed to take tripods to the temple, so if you want to take good photos, take a camera with good high ISO performance. 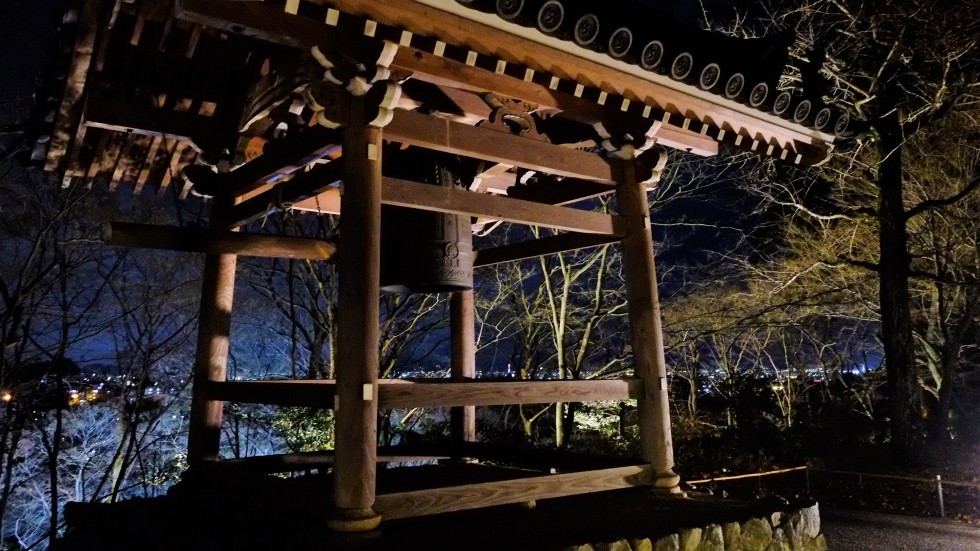 The view from up the mountain was also very nice, as was the big temple bell, which presumably is rung when the year changes on New Year’s.

Then it started to rain, and we decided to start heading back to Hankyu’s Arashiyama Station. 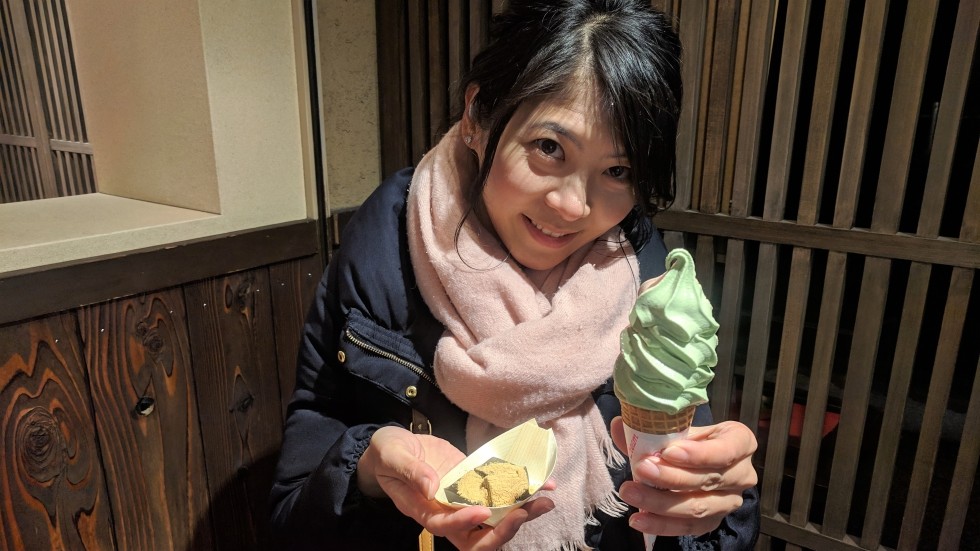 On the way, however, we saw a shop selling bamboo ice cream (both matcha and cherry blossom flavored, and we couldn’t say no to them. The soft serve had a nice, a bit salty, taste to it, and we can heartily recommend it. The warabimochi was a bit too sweet maybe, but still very nice. 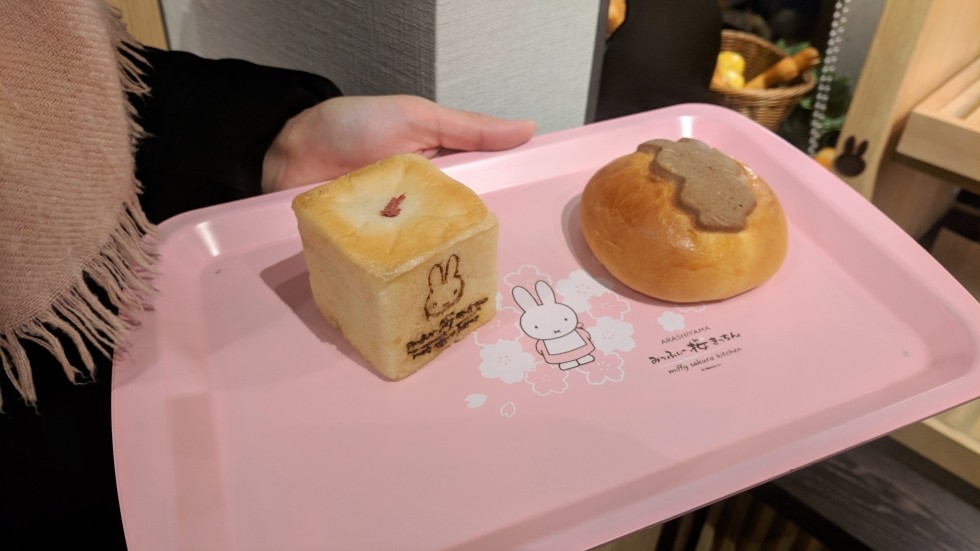 But! Next, we found a Miffy shop! There is also a Miffy bakery here, so you can have some Miffy baked goods here. They’re all really cute, and many of them have cute pictures of Miffy on them. 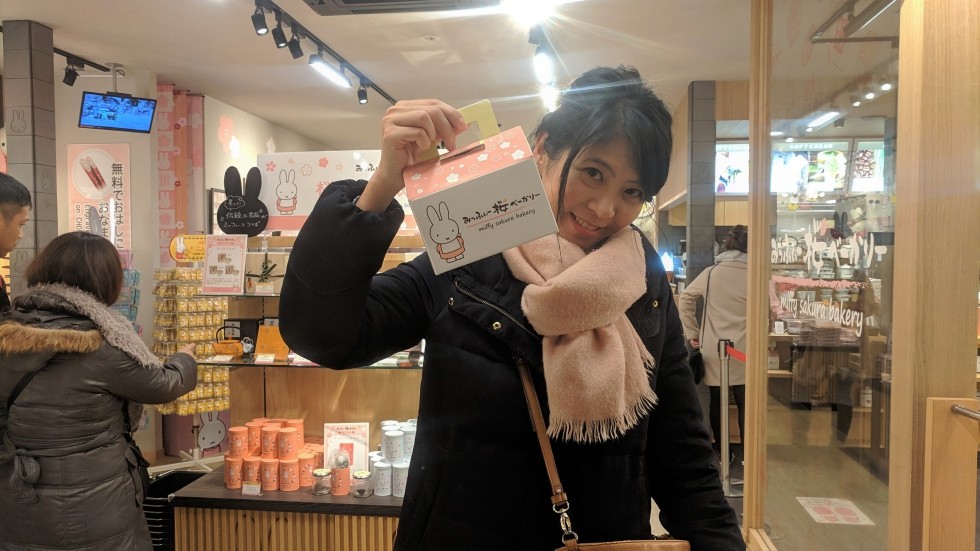 If you buy three or more baked goods here, you can get a really cute box for your baked goods! This is a new addition to the sightseeing scene in Arashiyama, and they seem to sell out of the most popular pastries pretty soon, so I recommend going earlier than we did (at around 6 pm).

So, that’s all for today! Arashiyama is a great place through the year, but the best time to go to Arashiyama at night is in December for Arashiyama Hanatoro.