We went to the beer garden at the Kyoto Tower!

All of Sharing Kyoto’s writers went to the beer garden at the Kyoto Tower!

Beer gardens are a great way of spending the summer! It’s getting very summery and hot in Kyoto. This kind of weather makes you want to drink cold beer! So, I, Shiho, Sampo, and Vanessa decided to go to the beer garden at the Kyoto Tower! 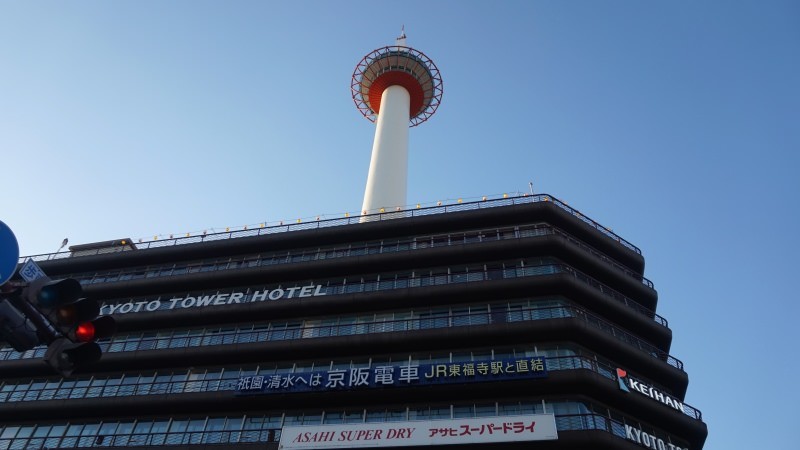 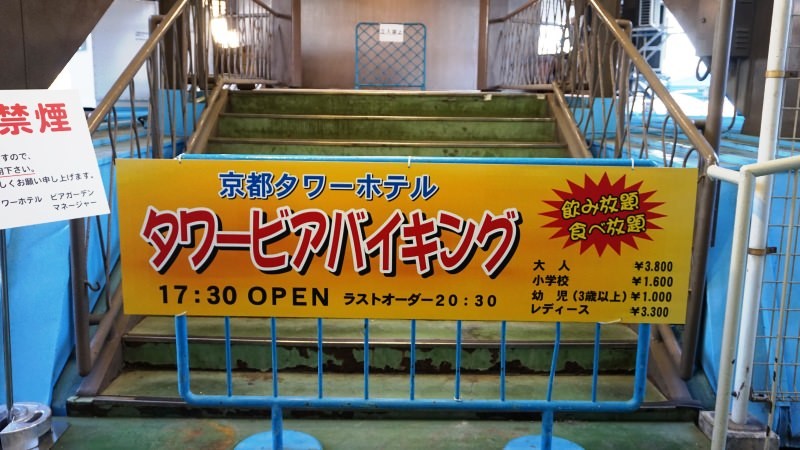 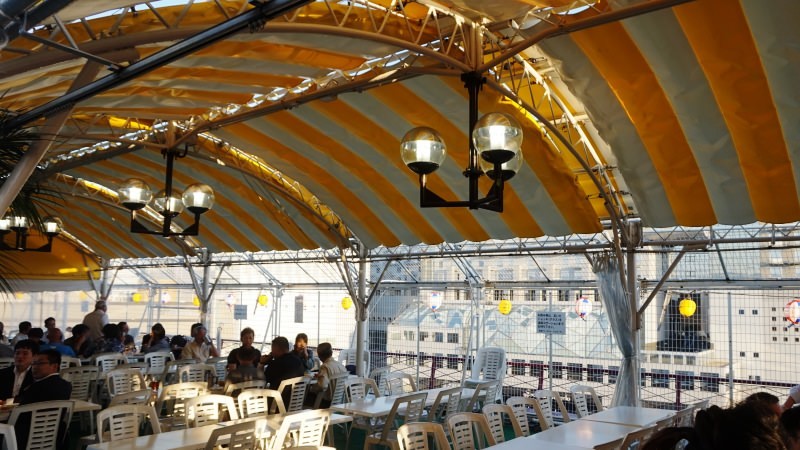 There are two kinds of seats, those with a kind of a tent on top and those that have nothing on top, and this time we were under the tent so we were fine even if it were to rain. Because we were on the 10th floor it was refreshingly windy. 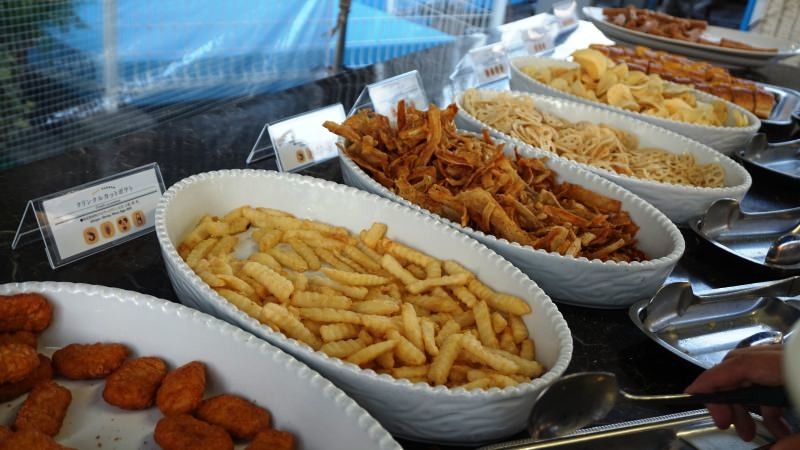 One of the best parts of this beer garden is that you get to eat and drink with no time limit. There are all kinds of foods, from French fries and fried chicken to hot dogs and churros. 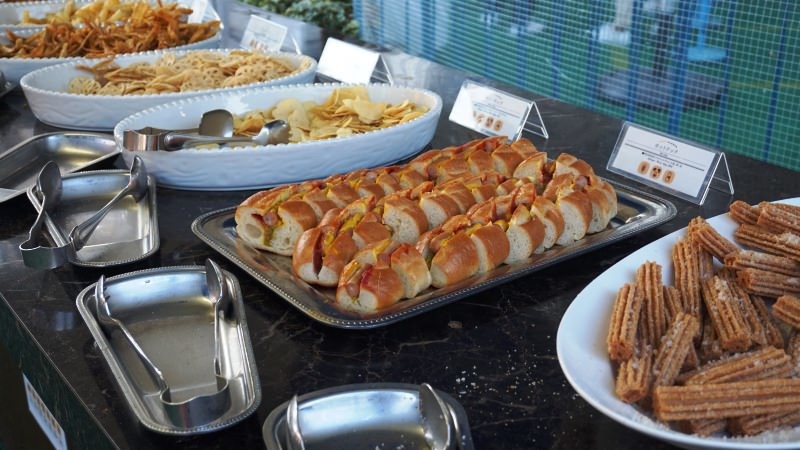 And you shouldn’t look down on the food here. They all taste great, and are made by the chefs of the Kyoto Tower, and go well with beer. I especially liked their potato chips; they were thicker than normal, and the crunch was perfect. 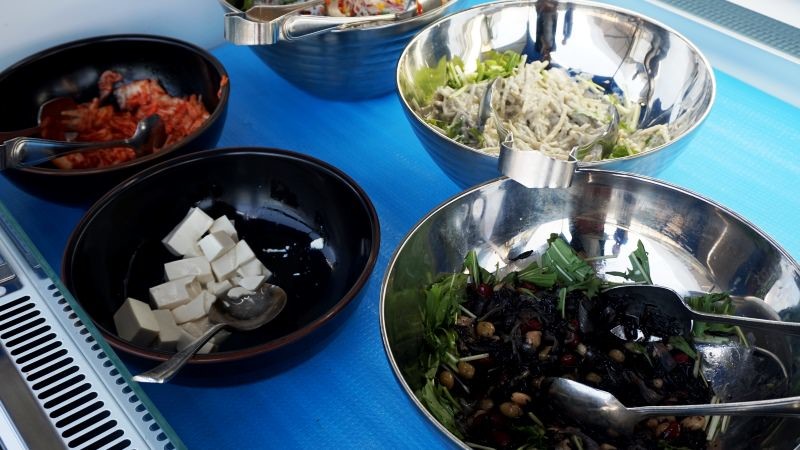 It would be quite boring if all the dishes were fried but worry not. They have salads and kimchi for those who want something that is not fried. 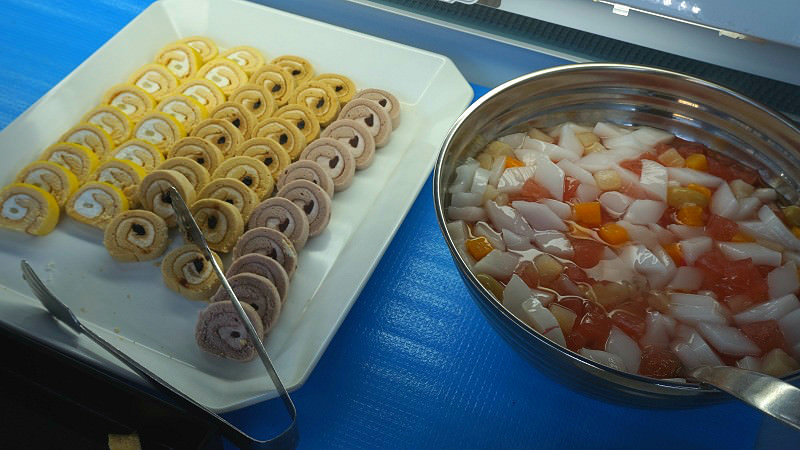 They even have cake roll and other desserts! This is especially nice for women and kids. 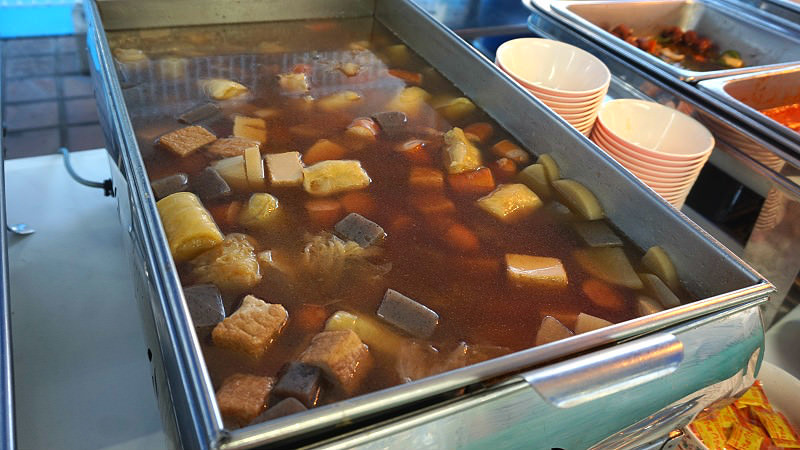 As something very different, they also have oden! They really have all kinds of foods so you won’t get bored. 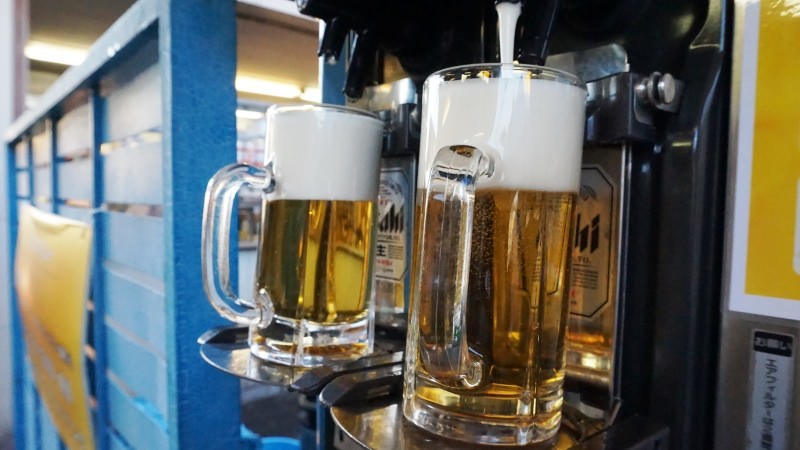 Beer is the reason we came here, and the machines at this beer garden pour your beer for you with just a touch of a button! The creamy beer head was delicious! 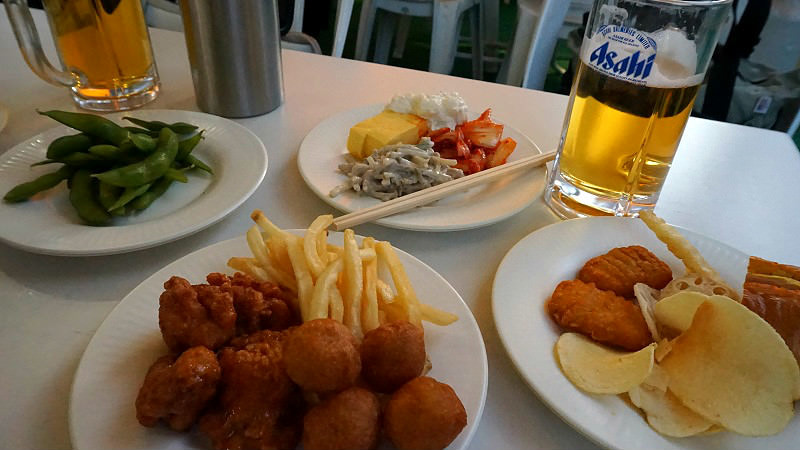 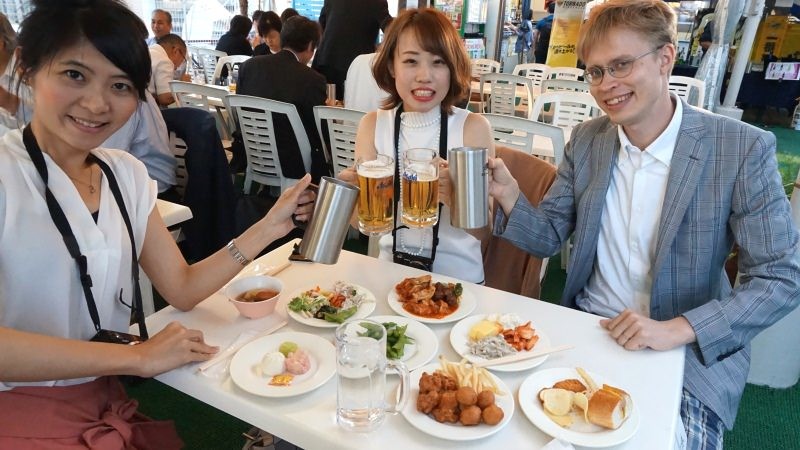 Time to say cheers! It’s not even yet dark, but it is time to start drinking! It is really a lot of fun to drink beer and share some food with your friends. 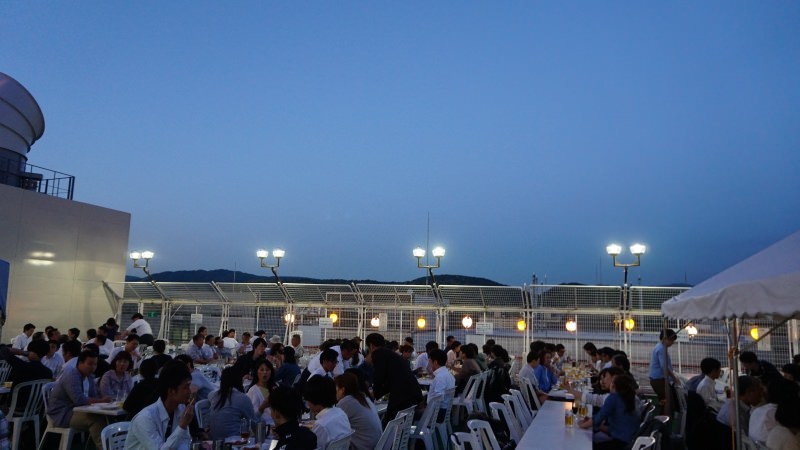 When it gets dark the lights are lit which makes the atmosphere nice. The summer night wind is refreshing and comfortable.

After the first beer, it is time to choose the next drink. This is a rather quaint beer dispenser, as you don’t pour beer into your pint but inject it. This dispenser is called a Tornado Dispenser, and because of the interesting way in which you inject the beer many people used this dispenser to fill their pints.

The way the beer is injected from the bottom of the pint and how the beer itself is illuminated looks so interesting that it makes you want to try it again and again. 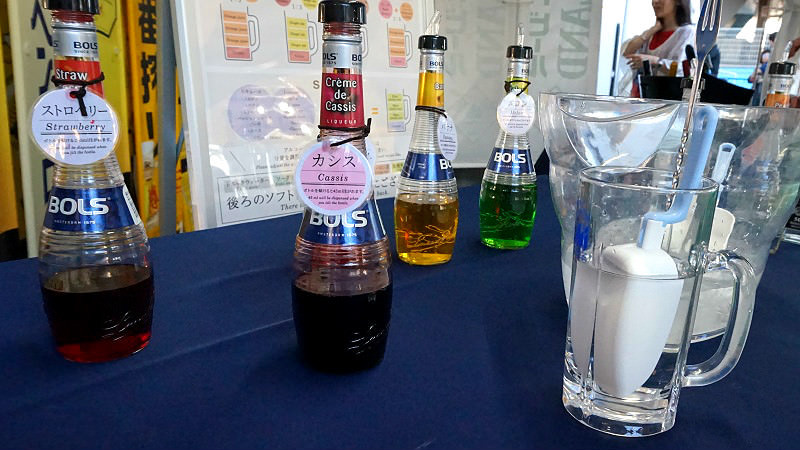 Besides this, you can also make your own cocktails. 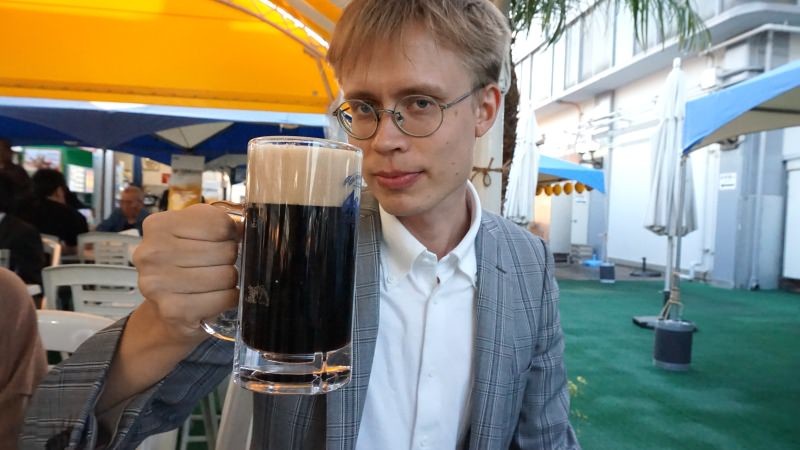 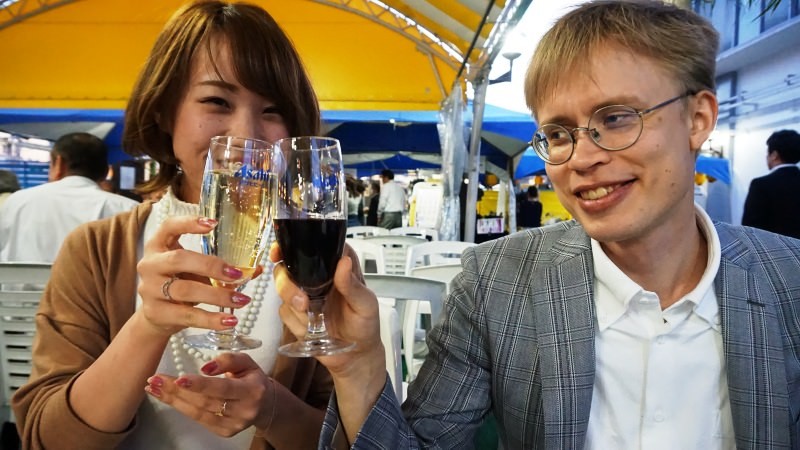 They had dark beer, wine, and many other drinks, so it was even hard to decide what to drink… All of us Sharing Kyoto’s writers love a pint on a Friday, so in the end we were slightly intoxicated. 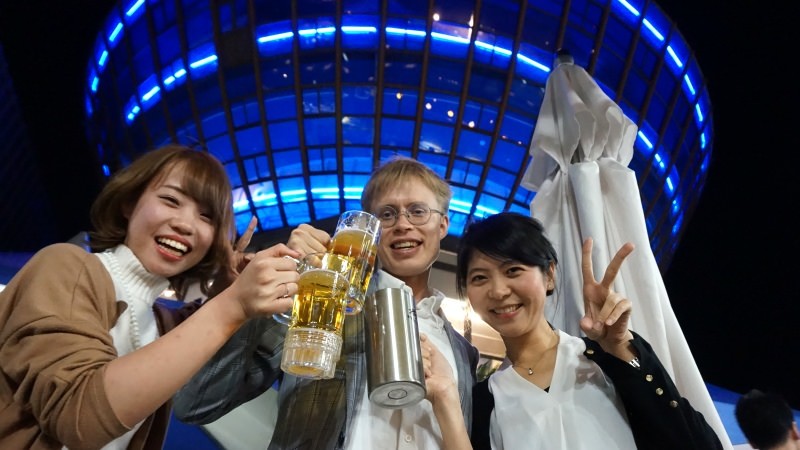 When the sun sets completely, we got to enjoy the magical sight of the Kyoto Tower being illuminated in blue. This magical experience of being able to gaze up at the tower while drinking beer can only be had here, at the Kyoto Tower beer garden. 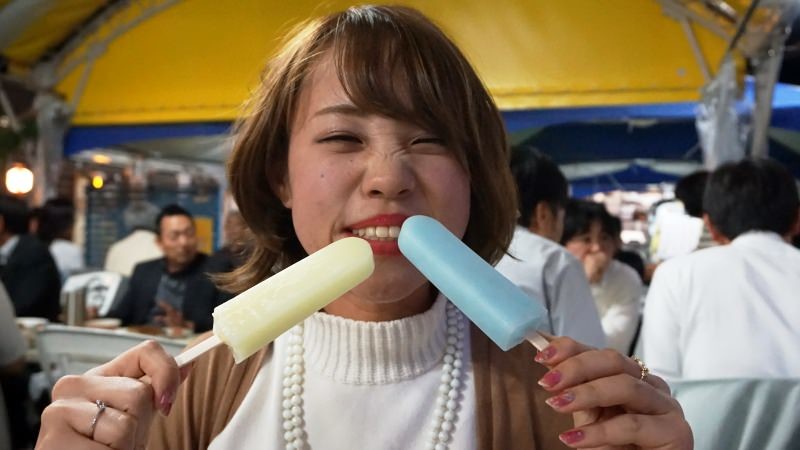 A great way to end the evening is with a refreshing popsicle! We were all really satisfied after a night at the Kyoto Tower beer garden. 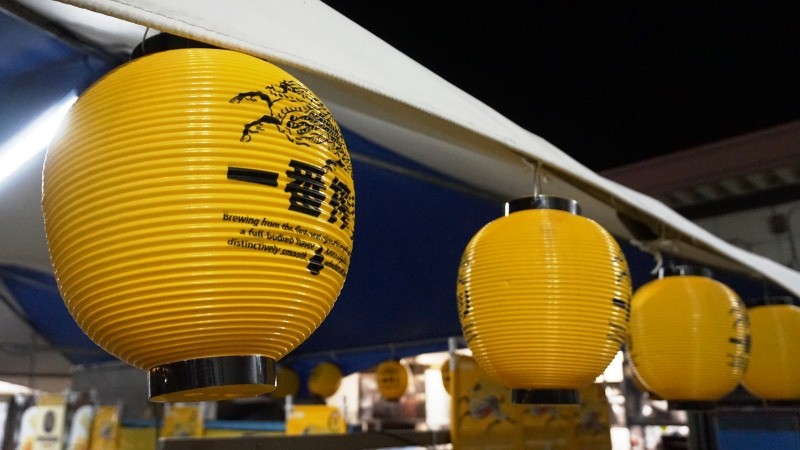 So, my dear readers, how about going to a beer garden to feel refreshed and making some great summer memories? The Kyoto Tower beer garden is open until September so I really hope you will go!