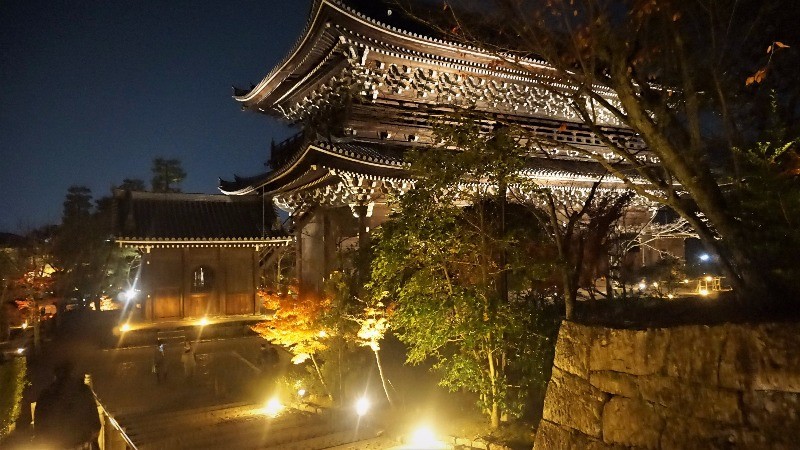 This time we headed for the night illumination event at Chion-in Temple. The cold wind came up in gusts, but this didn’t seem to deter all the people heading for the temple to see the autumn leaves. 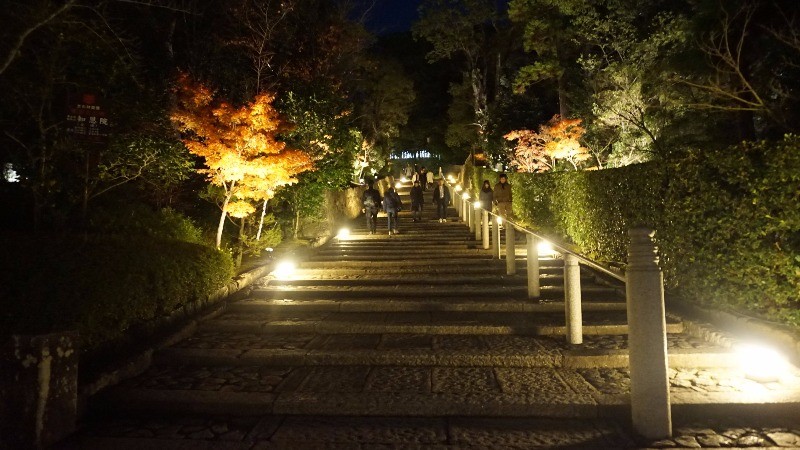 The path to the main hall of the temple is lined up on both sides by lights which illuminate the autumn leaves beautifully. It felt like the vivid reds and yellows of the leaves were shining in the night. 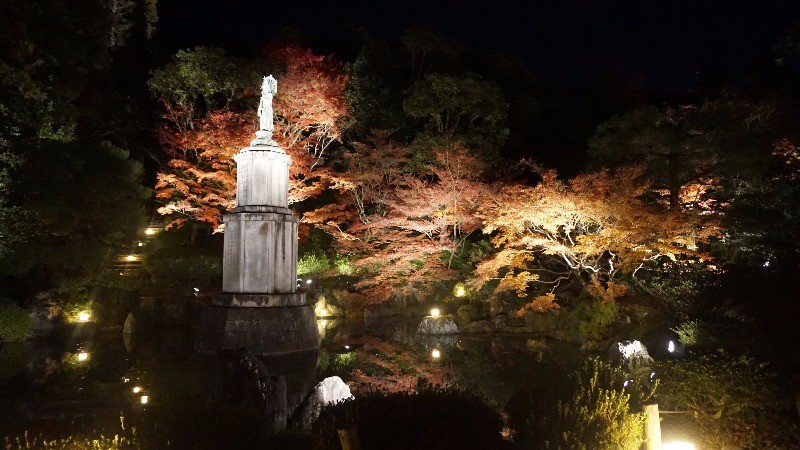 At the Buddhist Hall, Hobutsuden, you get to hit a wooden drum-like fish with a stick and listen to a Buddhist explaining about Buddhism and the temple. Here you can have an autumn leaves experience that is a bit out of the ordinary. 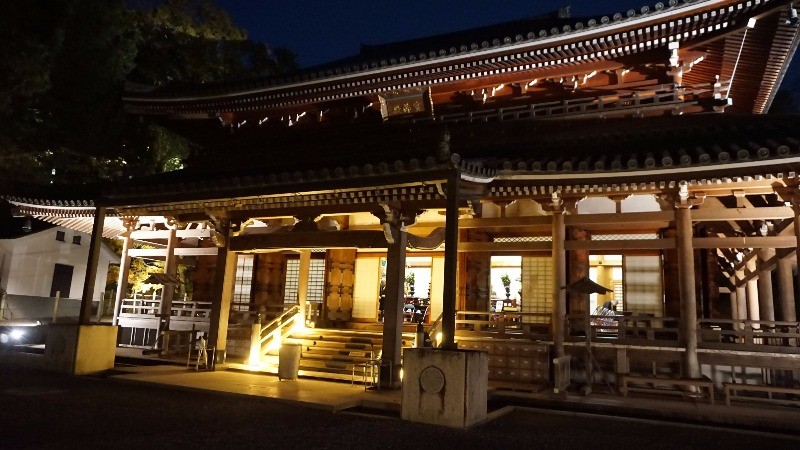 The rock garden with its white pebbles also looks very different at night. It may not feel as Zen as it does during the day, but it feels even more mysterious. 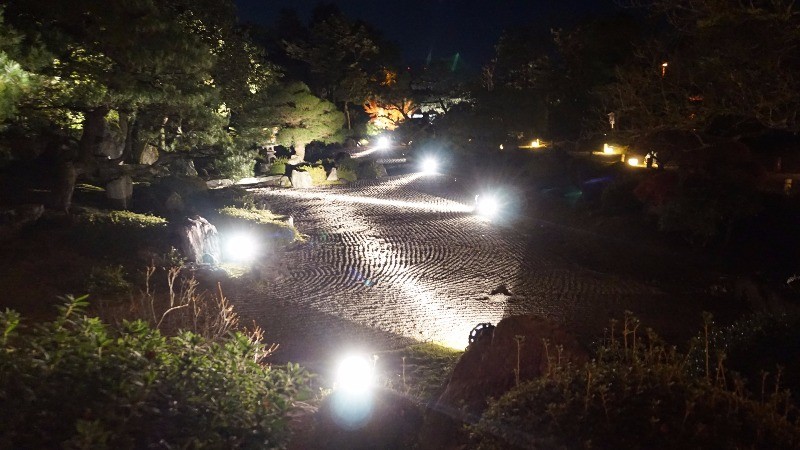 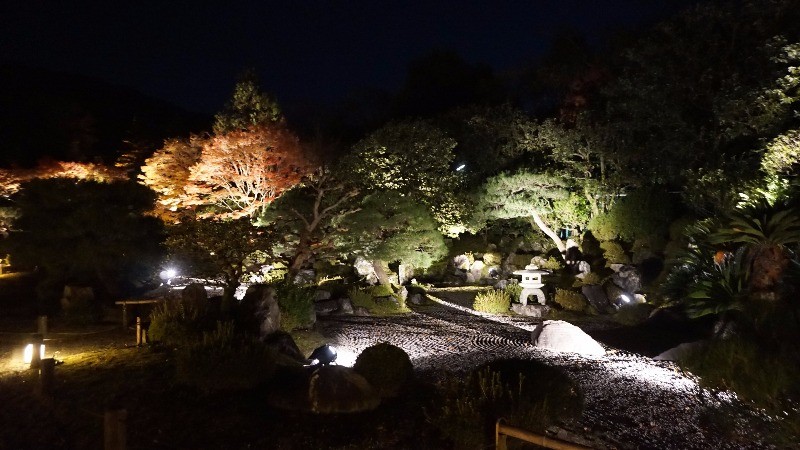 Chion-in Temple is really vast, but you have small lanterns on the ground to guide your way. 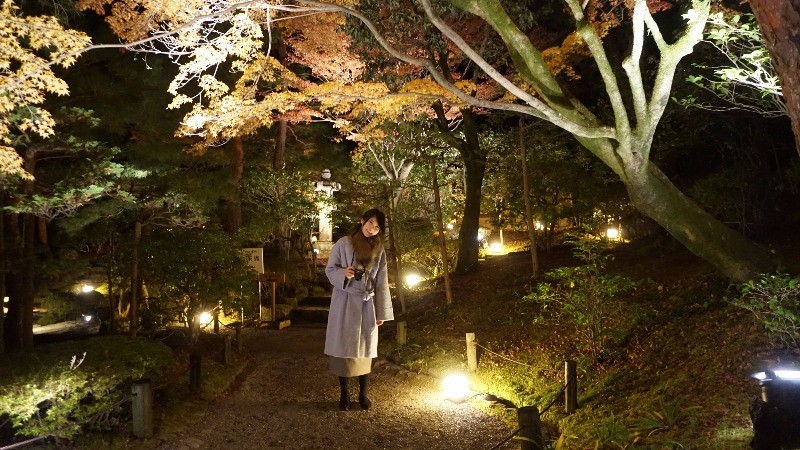 The red-yellow colored leaves turn into warmer colors because of the lights, and the atmosphere does so too, making this a great event for couples. 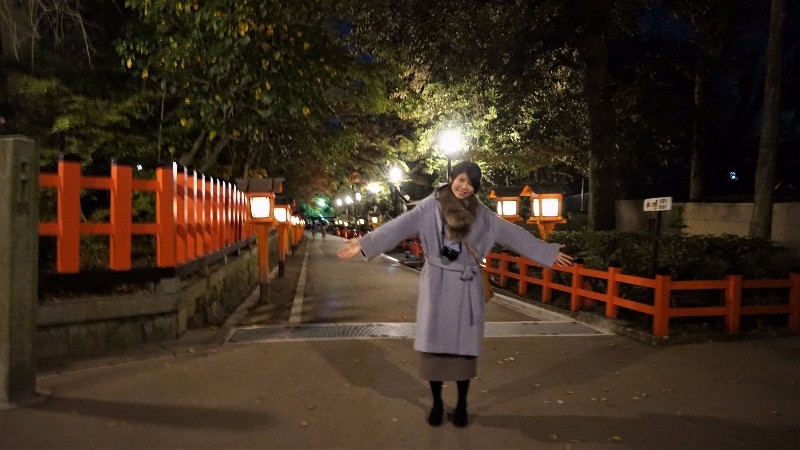 After leaving the temple behind, we headed for Yasaka Shrine to see what the autumn leaves looked here at night. Yasaka Shrine is open 24 hours a day, and because there were not many people at the shrine it felt a bit mysterious. 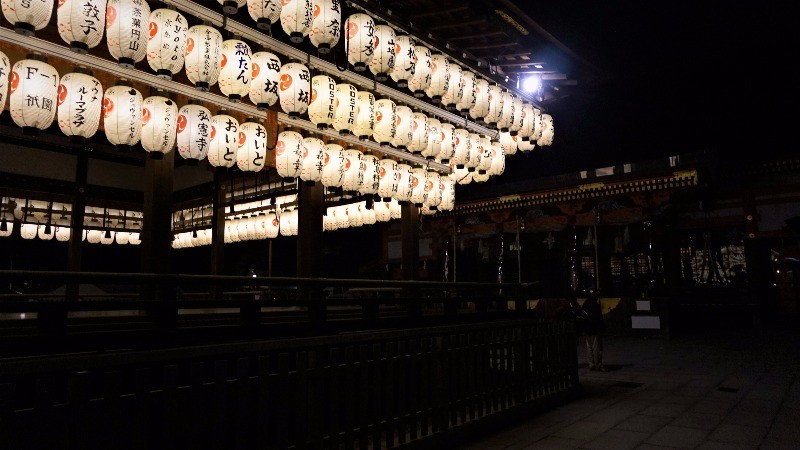 The white lanterns of the shrine stand out at night, whereas during the day the vermilion buildings of the temple take the spotlight. Yasaka Shrine is very quiet but also very beautiful at night! 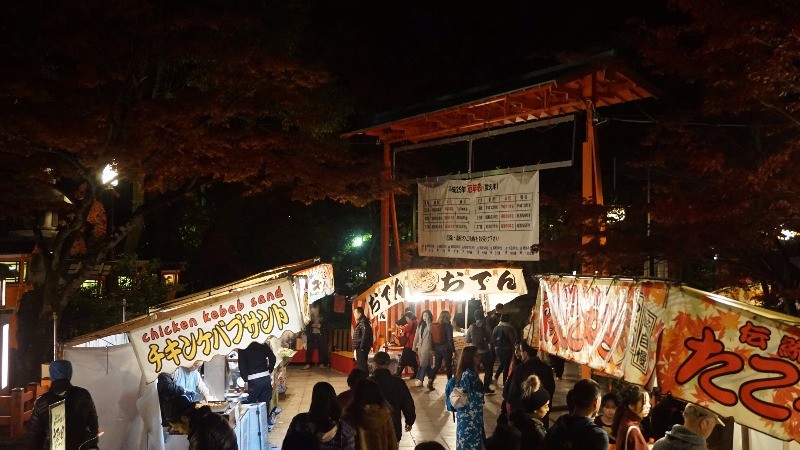 After passing the main hall, we got to the stalls where there were many people lining up to buy some night snacks. The smells made me feel hungry too. There are many gyoza places close to Yasaka Shrine, so it was time to go to one of them to have some piping hot gyoza dumplings. 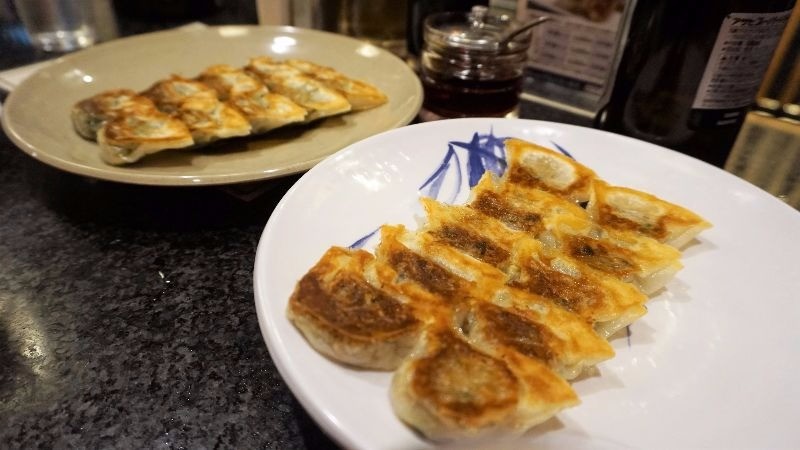 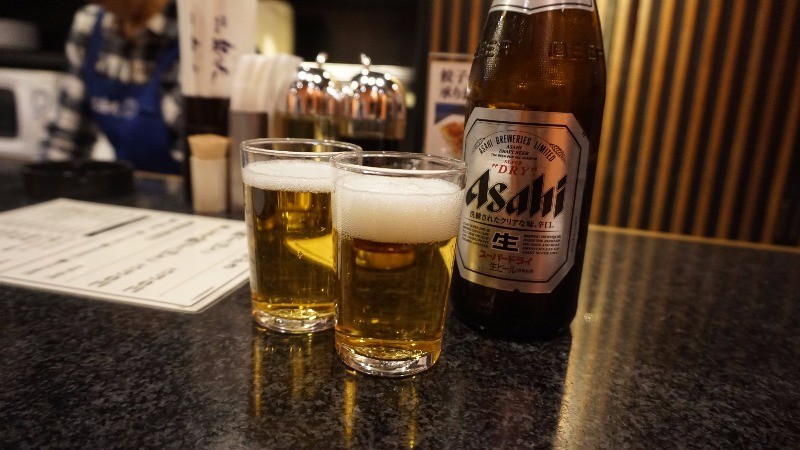 We ended up going to Senmonten, a gyoza place that only offers two types of gyoza, normal and shiso. The small gyozas went perfectly with Asahi Super Dry, and for me, this was happiness itself. 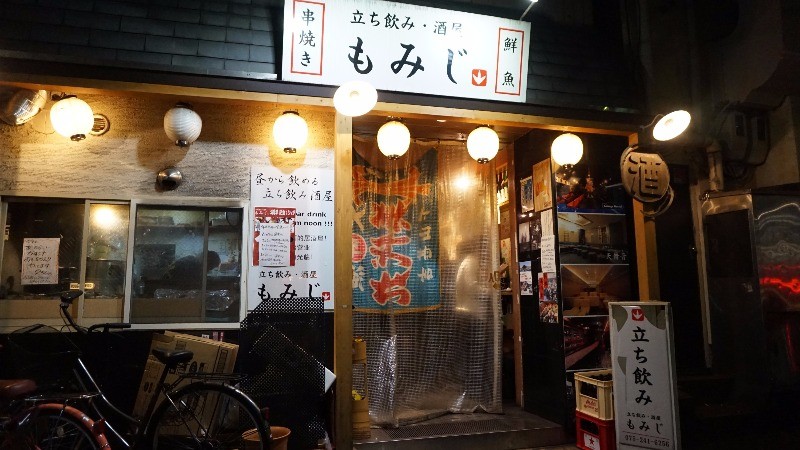 In Japan you don’t go to only one pub a night, but you have to also go to the second one, called “nijikai” in Japanese. This time we went to a famous standing pub called Momiji, and we could hear jolly chatter even from outside the interesting-looking pub. 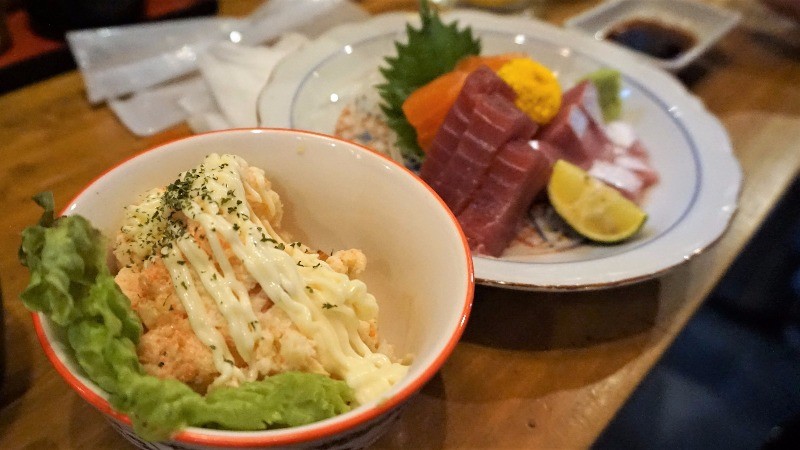 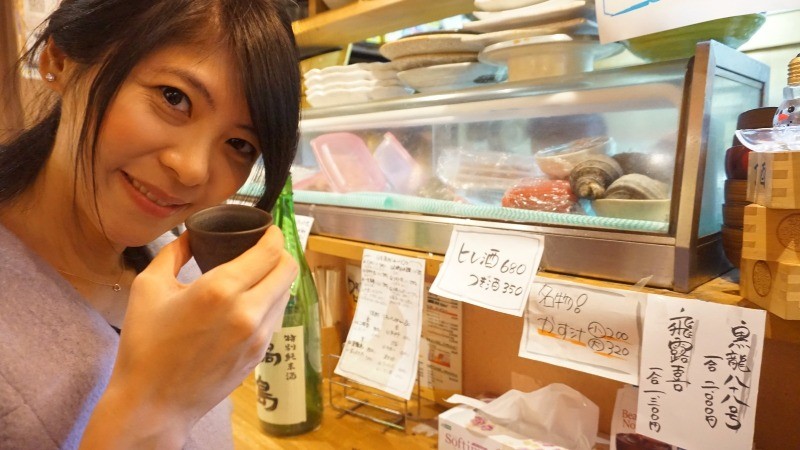 The classic potato salad and sashimi combo goes perfectly with some “hirezake,” hot sake with the grilled fin of a fugu, or puffer fish, in it. This is one of my favorite winter drinks, and it’s the perfect ending after a day of autumn leaves appreciation.