Enchanted Time with Maiko in the heart of Kyoto, Gion!

Getting to meet a real geisha, even a maiko, is really difficult. This is why Enchanted Time with Maiko is a great experience!

It’s not often you even get to see a maiko up close, not to talk of actually playing games with her. But this is exactly what you get to do at Enchanted Time with Maiko, held at the traditional Japanese restaurant Enraku in Gion.

And those lines on her neck? They’re there to make her neck look longer, as that is considered a sign of beauty in Japan. 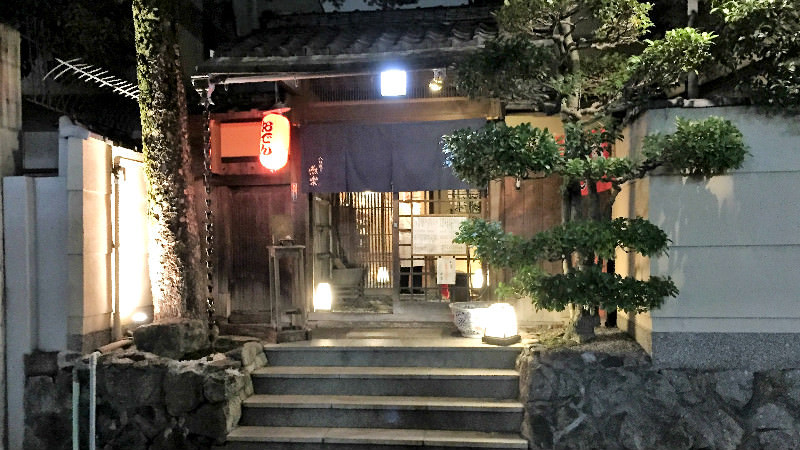 But let’s start from the beginning. The restaurant Enchanted Time with Maiko takes place is called Enraku, and it is a traditional Japanese restaurant par excellence. 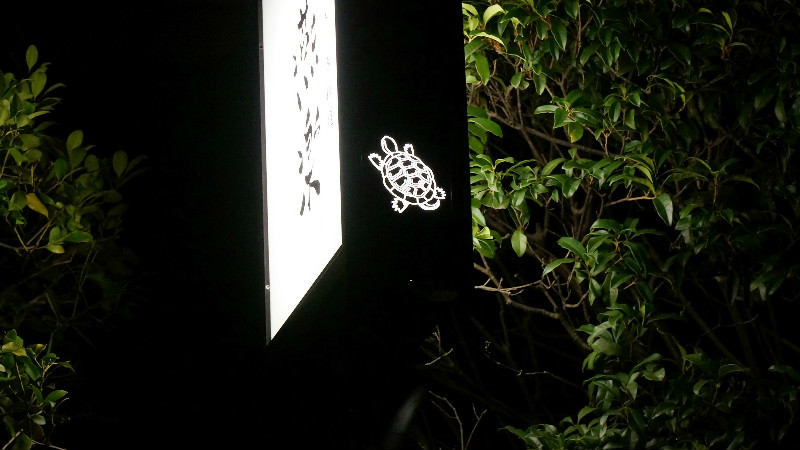 You can even see a cute tortoise on the sign of the restaurant. 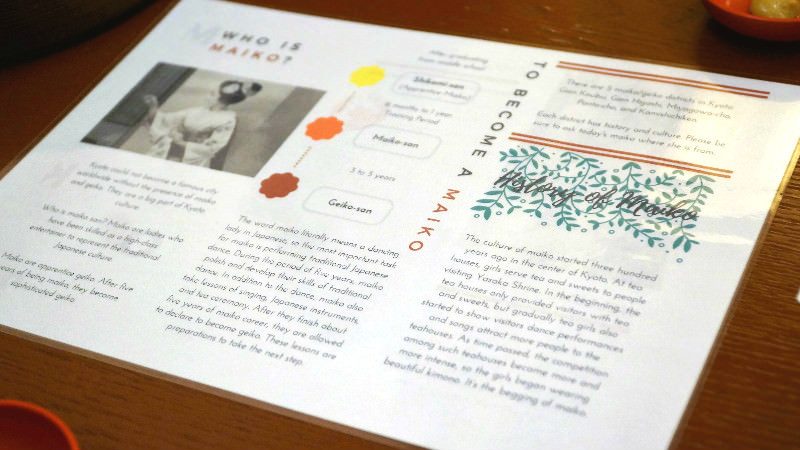 Once you go in, you’re guided to the second floor, where you get to read about maiko, and what is the difference between maiko and geisha. 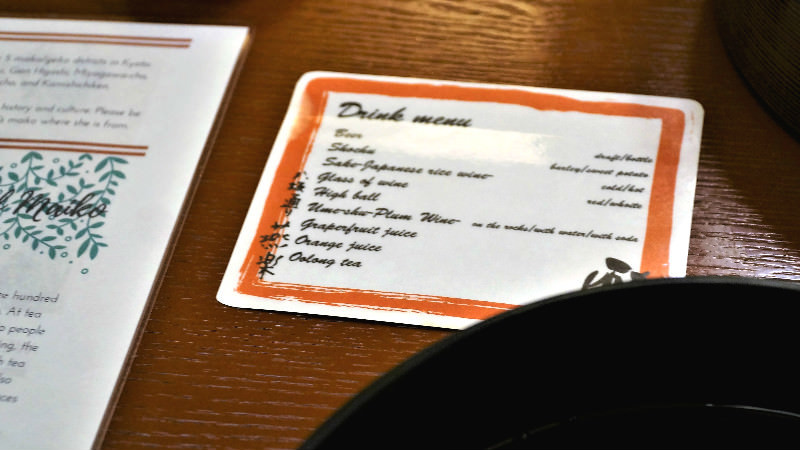 Oh and did I mention that you get to drink as much beer and other alcoholic drinks as you want? 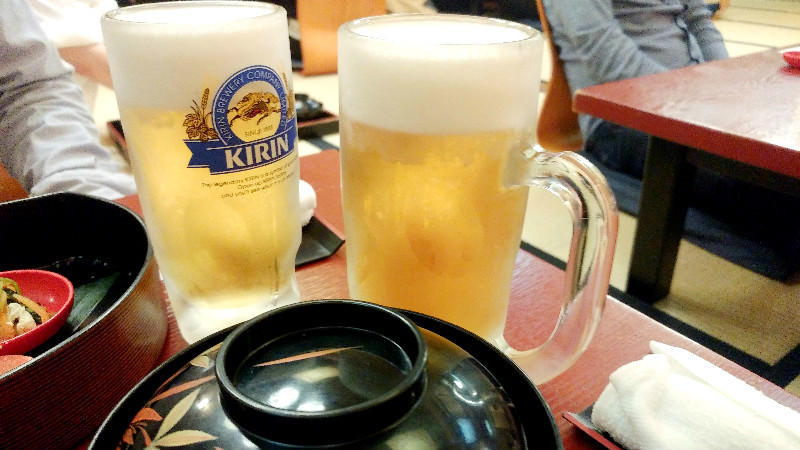 So, of course, we had a few pints as well, to go with the excellent Japanese food. 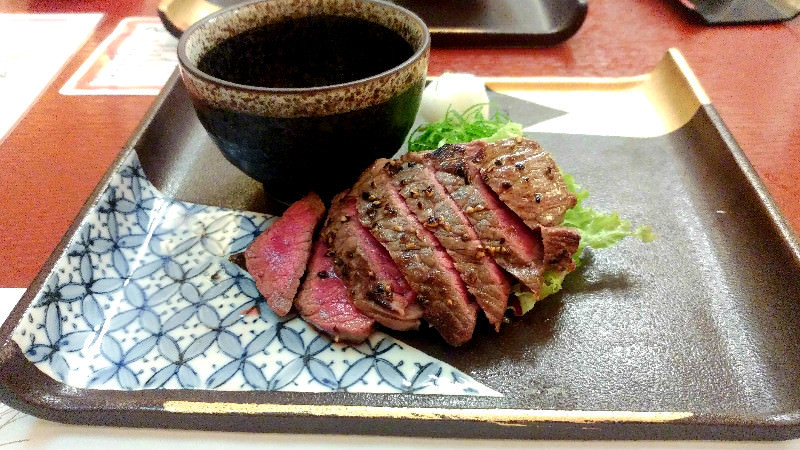 Talking of the Japanese food, the best part for me was this exquisite Japanese beef we were served. The taste was great, and although it was not the “melt-in-your-mouth” variety of Japanese beef, the taste just got better as you chewed. 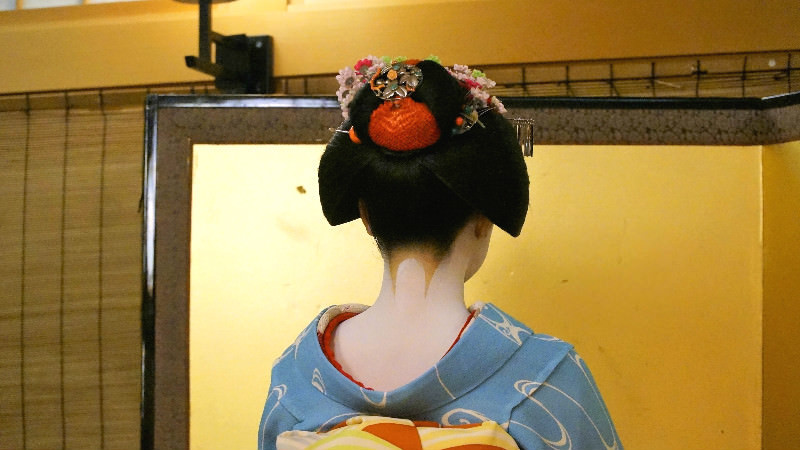 Then, the maiko came in in her beautiful blue kimono. The kimono the real maiko wear can be really expensive, so of course, you cannot touch her, but we got to see her really close, and the staff told us of the differences between maiko and geisha. Like the hairstyles, and the kimonos, and how maiko wear more flashy things, and the apparel geisha use are more simple. 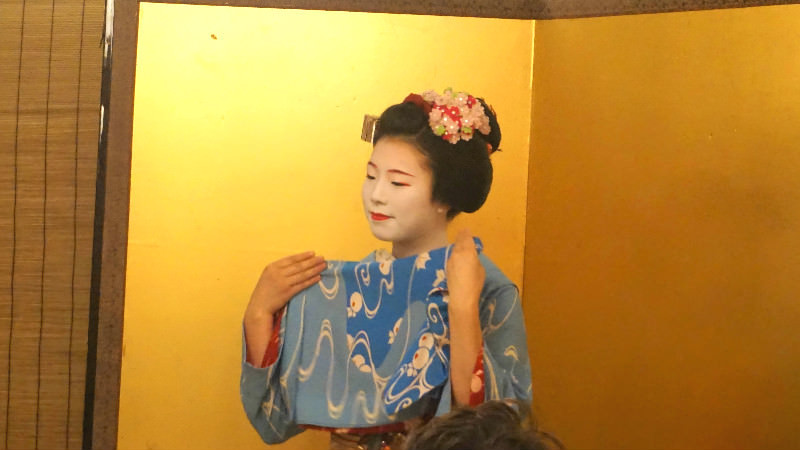 After this, we got to see the maiko dance a graceful dance. It felt like all her moves were just spot on, so it really made us wonder just how many hours she has to practice these dances. 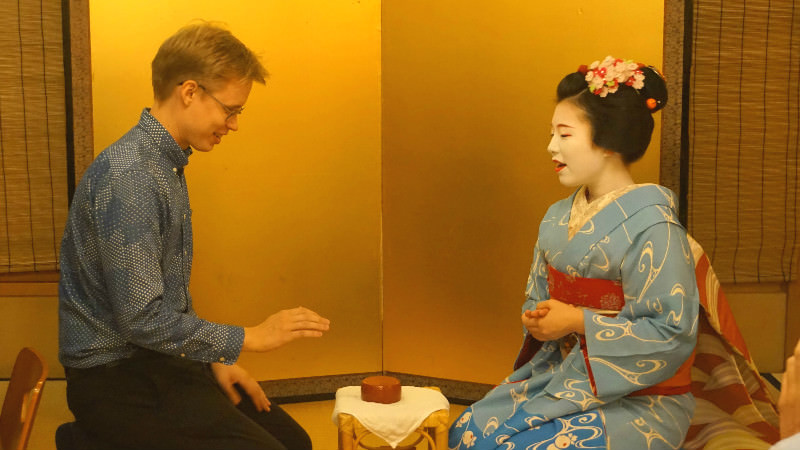 We got to play games with her too. That’s me playing with her, but I lost. Quite quickly. I’m bad at reaction games. 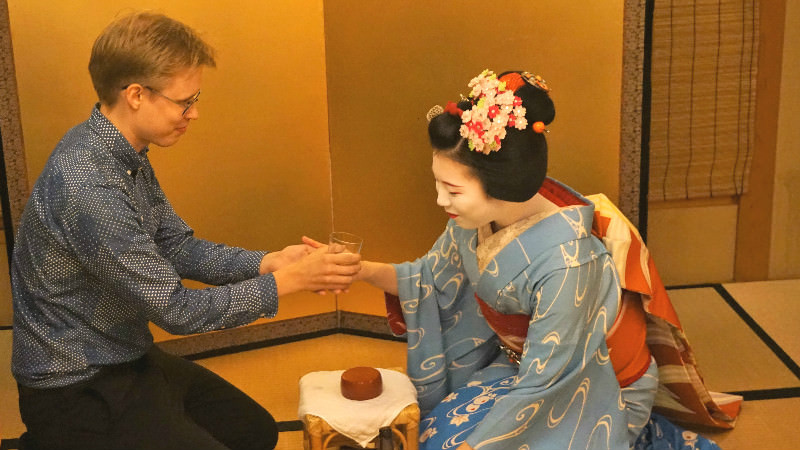 As a “punishment” I had to down a glass of beer. The maiko sang a drinking song for me, and everyone was clapping. To describe the atmosphere with only one word, I’d say it was jolly. 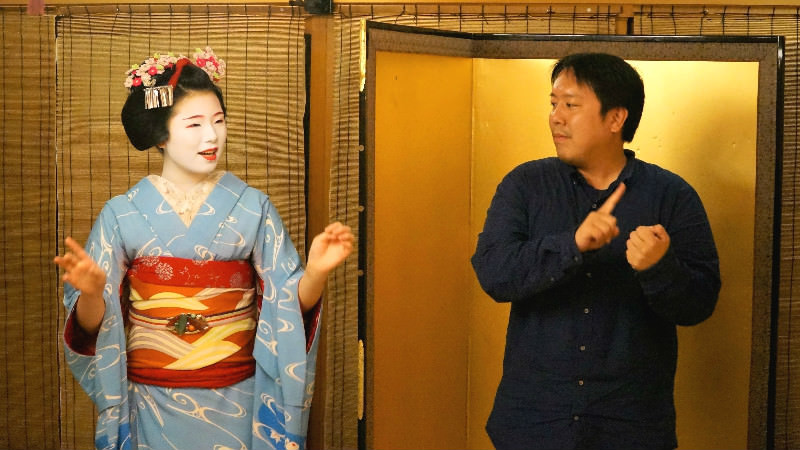 Our editor-in-chief, Kenji, also tried playing a game with the maiko, this time a Japanese version of rock-paper-scissors, only this was “tiger-samurai-old woman.” The old woman beats the samurai because she is his mother. 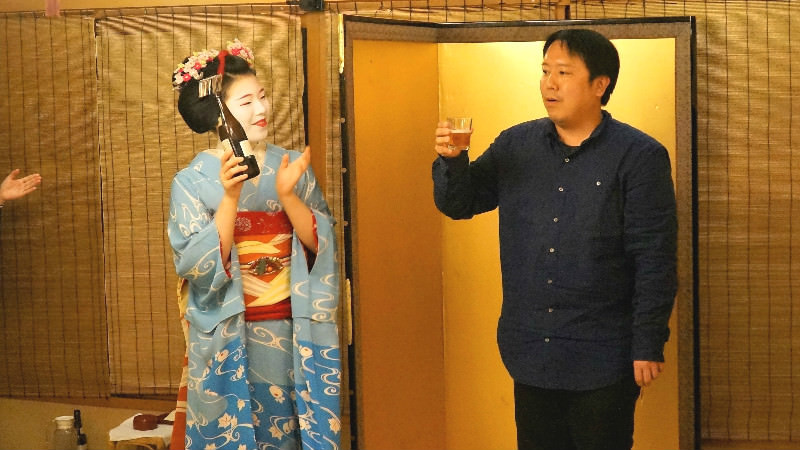 Kenji won, but he still got to drink beer. The drinking songs the maiko sang were so catchy I found myself singing them even the next-day after. 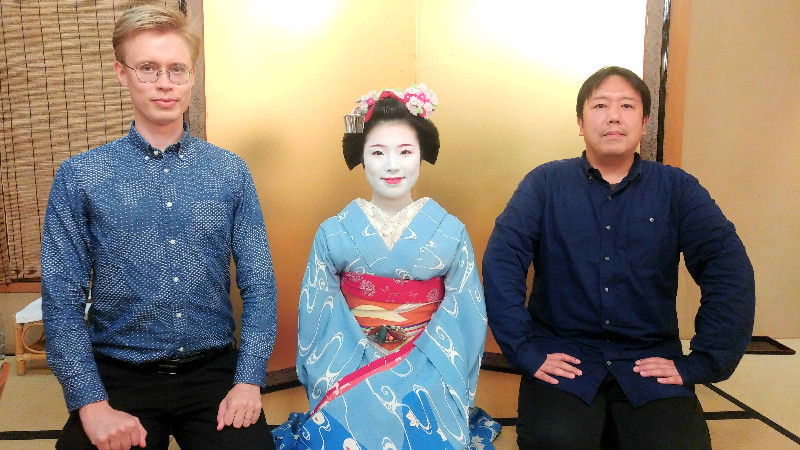 Before the end, there’s also time for you to have your picture taken with the maiko! This is an experience you cannot have elsewhere. While the price at 19,000 yen is not cheap, if you consider that you get to eat at a first-class Japanese restaurant, drink as much beer as you want, and some it is poured to you by a maiko, the price doesn’t feel expensive at all for a once-in-a-lifetime experience.