Hakuryuen Garden in Kyoto is limited to only 100 people per day!

Autumn leaves season is about to start in Kyoto! This time we went to some very nice autumn leaves peeping spots! Read on about how to get to them, and also about one of the best areas for some after-leaves ramen!

Hakuryuen is a garden in Kyoto that is open only during the autumn leaves and cherry blossoms seasons in Kyoto, so normally you cannot go see it. And what makes this garden even more exclusive is that they only accept 100 people per day, so you have to go early in the morning to get your ticket, otherwise, they will get sold out. 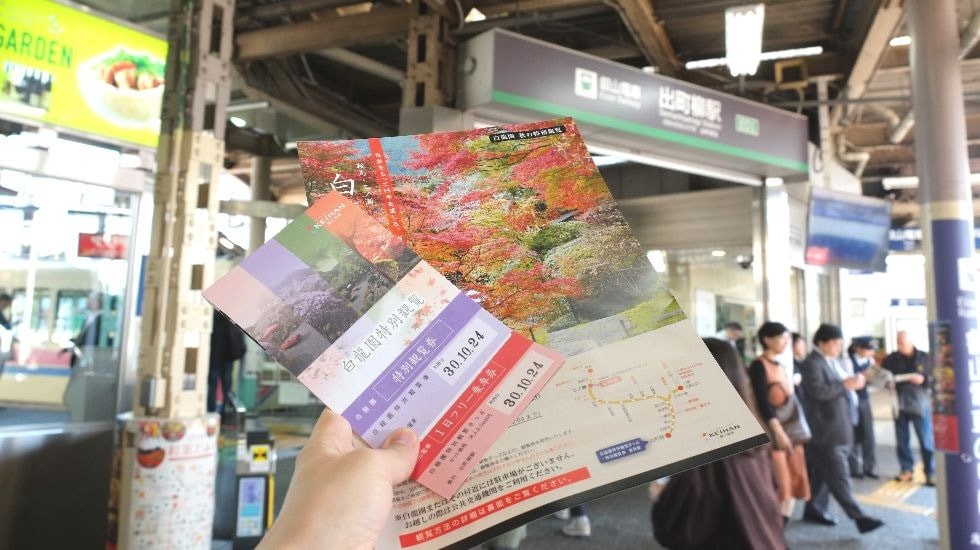 The starting point for our trip to this garden was Eiden’s (Eizan Electric Railway) Demachiyanagi Station, which happens to be the only place where you can buy tickets to Hakuryuen. So, please note that they don’t sell tickets to the garden at the gate! Tickets with a one-day pass to Eiden are included in the price, and they are 2,000 off-season and 2,300 yen during peak season. As they only sell 100 tickets per day, remember to go early to secure yours! 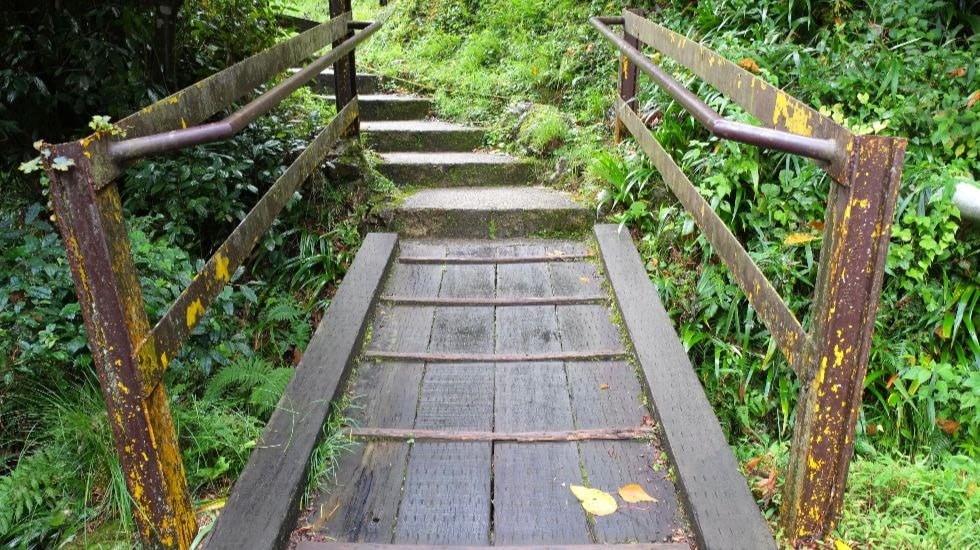 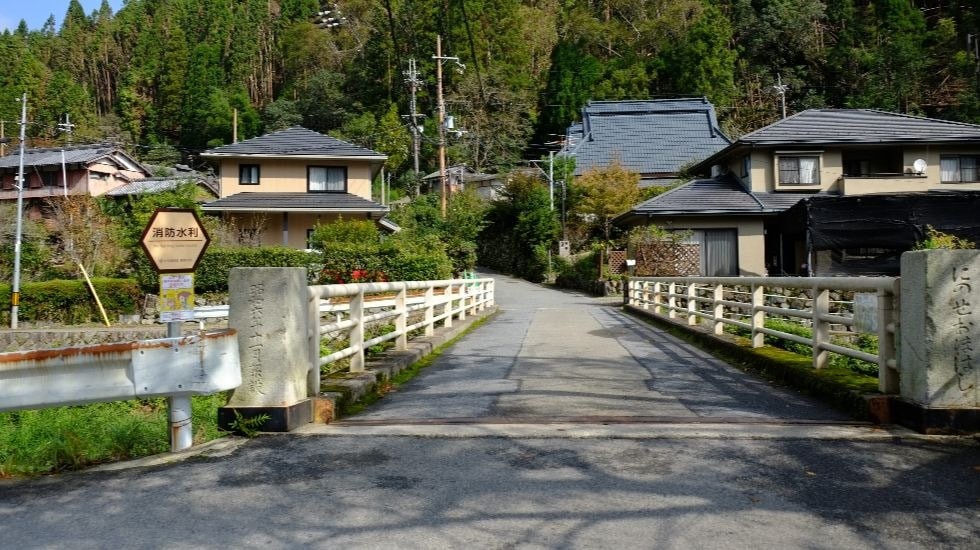 To get to Hakuryuen, first, cross this bridge, continue until you come by a bus stop, and then turn right. Continue walking until you see Hakuryuen. 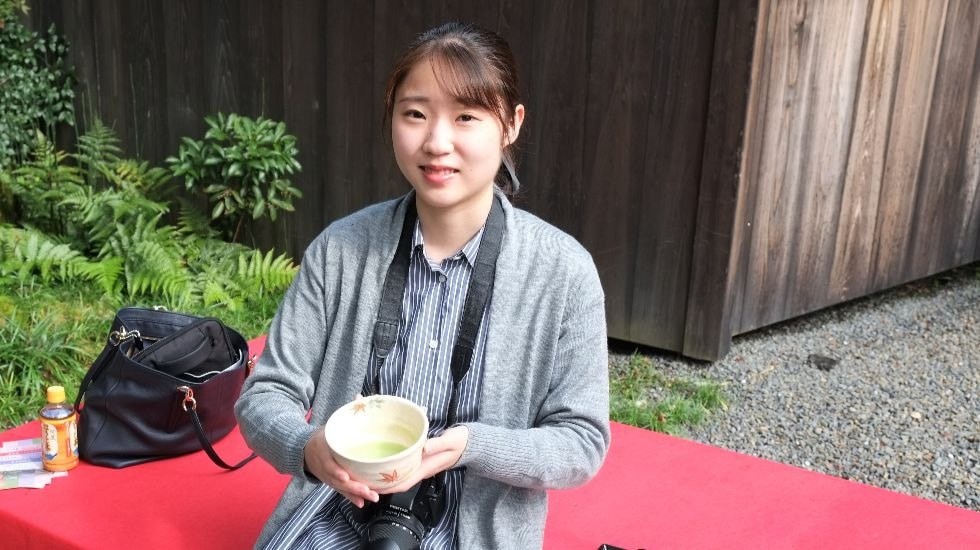 Hakuryuen opens at 10 am so you might have some time to kill before opening. Luckily, Hakuryuen has a café where you can rest for a bit before the garden opens. We got some matcha and a traditional Japanese sweet, for 600 yen. Pretty good. 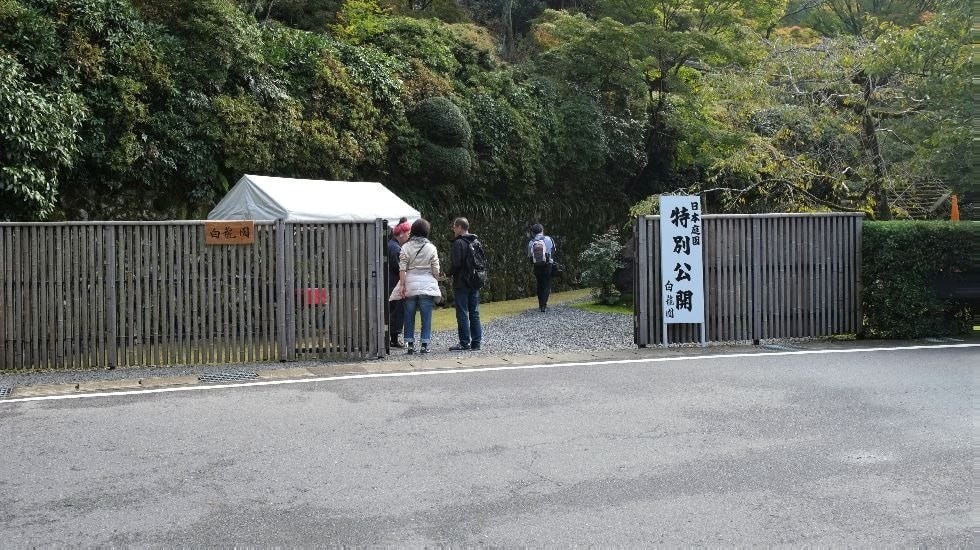 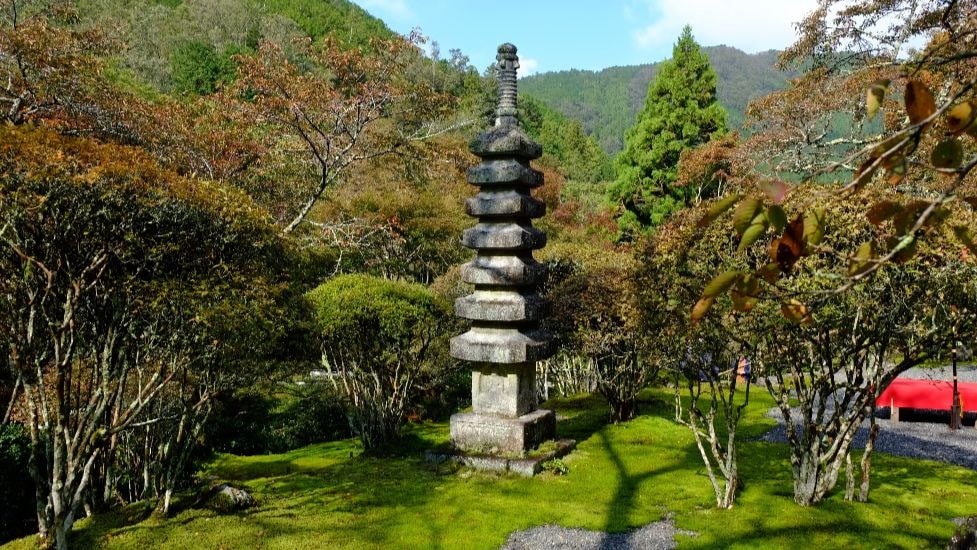 The best part of this garden is the moss; it’s brilliant green, and especially beautiful after it has rained. There is just something about Kyoto and moss gardens, they just seem to go together so well. 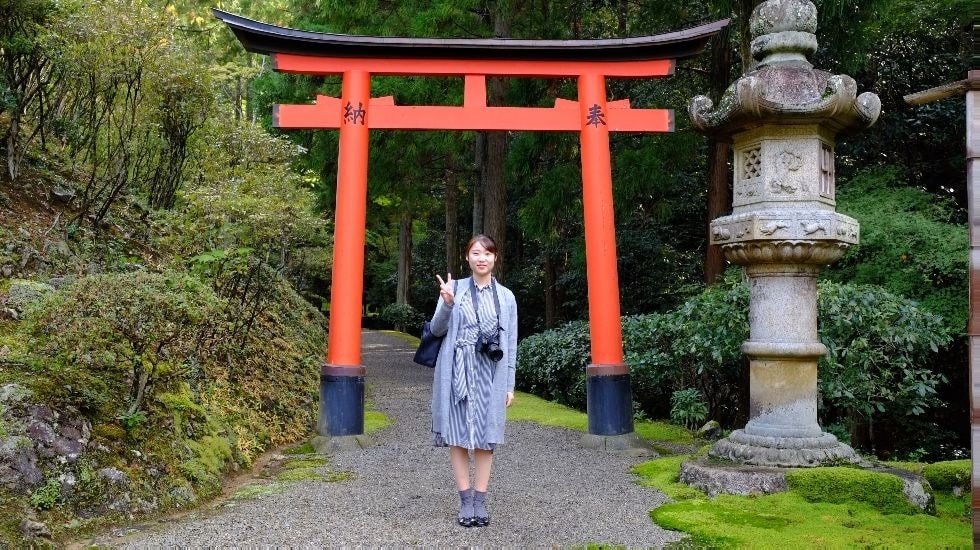 The torii gates of the garden are also nice but note that you shouldn’t take pictures of the shrine that is in the back of the garden, as it is considered sacred. 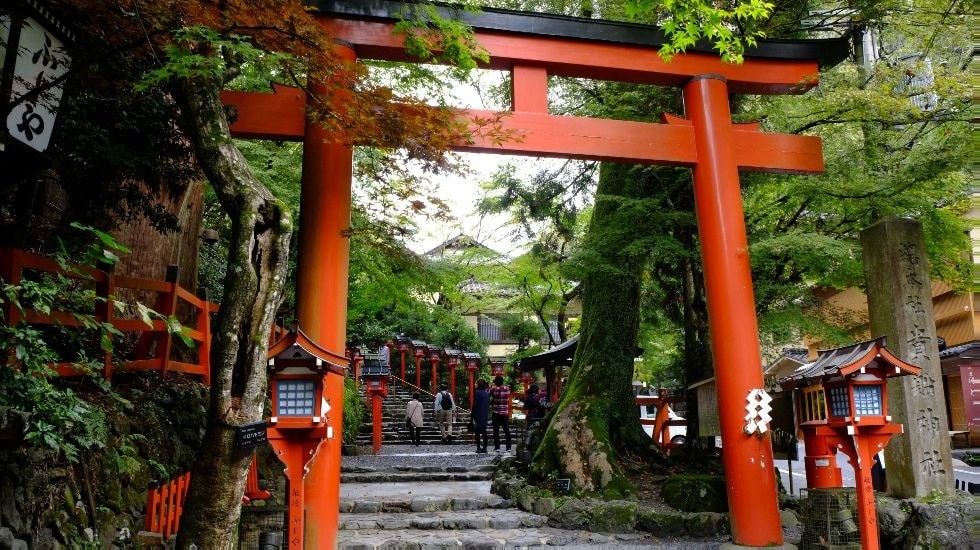 After Hakuryuen, since we had the one-day pass and could take Eiden as many times as we wanted, we decided to head to Kifune Shrine. In October 2018 the area around the shrine is still not quite recovered from the typhoon that hit it in September, but things are starting to look better, and you can now visit the main shrine area. Note that it was not yet possible to visit the areas of the shrine deeper in the mountains. 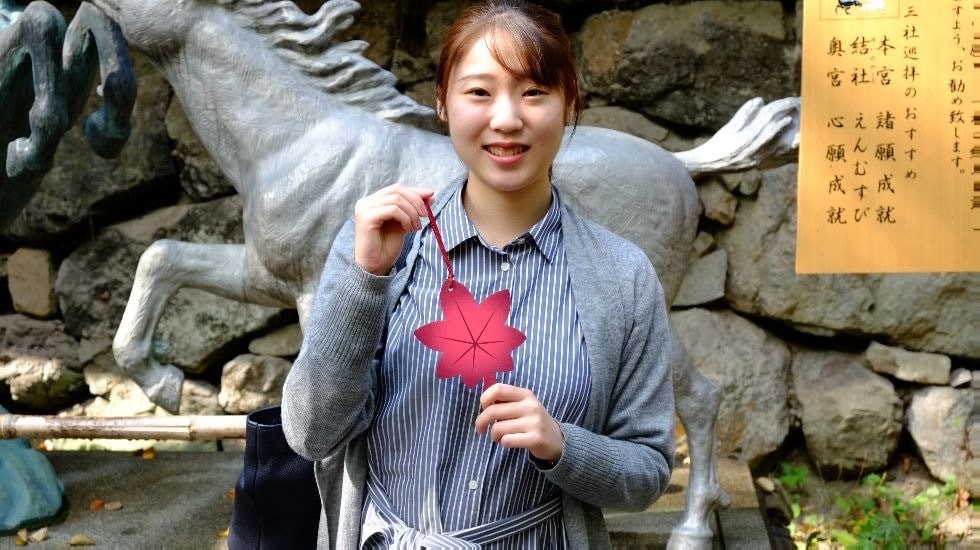 Yumemi decided to write her wishes on an ema, a wooden votive plaque! She wished for Sharing Kyoto to become more popular. 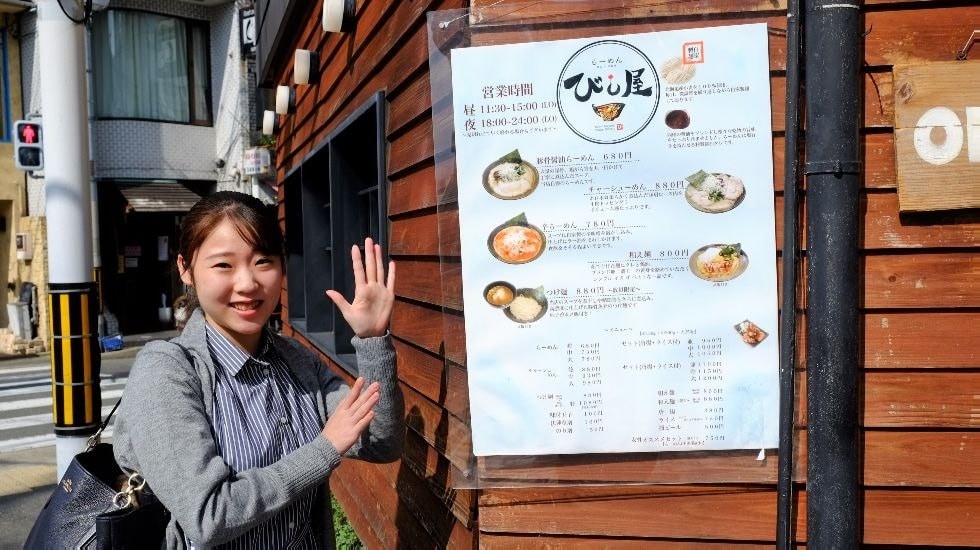 Then it was time for lunch! Again using our one-day pass, we headed to Ichijoji Station, an area famous for its ramen restaurants. You can find almost any kind of ramen here, from Jiro-style calorie-intense ramen to vegetable-soup ramen.

However, we were feeling like having some delicious pork bone ramen (tonkotsu), so we headed for Bishiya, one of Mr. Yamasaki’s recommendations for this area. 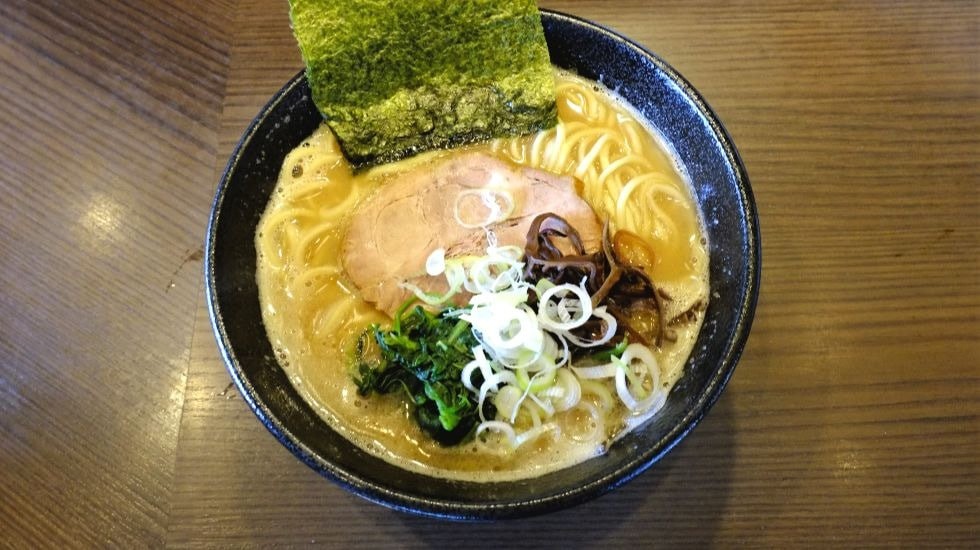 The soup here actually contains also soy sauce, chicken, and seafood stock, so the taste has a lot of depth to it, and while the taste is rather strong, the aftertaste is surprisingly mild. Delicious and even better if you add a bit of their special garlic mix into the ramen.

And so half a day had finished and we were feeling very satisfied after filling our tummies with ramen! Thank you, Mr. Yamasaki, the ramen was exceptional!