We had the incredible opportunity to attend the cellar opening of the “Kyokasuga” sake, a collaborative effort between the Matsui Shuzo Sake Brewery and α-STATION FM Kyoto that began in April 2016.

Every spring, 1,000 bottles of the well renowned Japanese sake, “Kyokasuga,” go on sale. We heard that there would be 1,000 bottles put up for sale this year as well, so we headed to the Matsui Shuzo Brewery. While there we also had the wonderful opportunity to tour their sake brewery as well.

Matsui Shuzo’s sakes are a must try for lovers of both Nihonshu sake and local sake .

The wildly popular Kyoto brewery, “Matsui Shuzo” announced that their collaboration with α-STATION FM Kyoto, the “Kyokasuga” sake, would be going on sale this year on the 1st of June. As a sake lover myself, I had always wanted to visit the Matsui Shuzo Brewery, so I was wriggling in my seat with excitement.

This time around we had the opportunity to take a tour of their brewery and try out some of their sake. 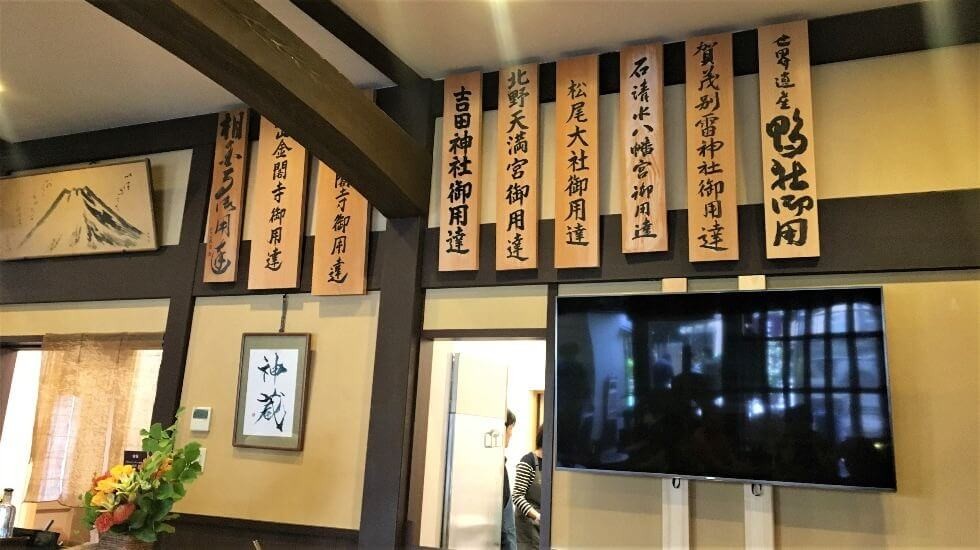 When you enter the brewery’s store, you will see boards hanging on the wall signifying the different temples and shrines the brewery has gifted sake to, including famous shrines such as Shimogamo Shrine, Kamigamo Shrine, and Kitano Tenmangu Shrine.

This store originally opened in 1726 and has been loved by locals for over 290 years. 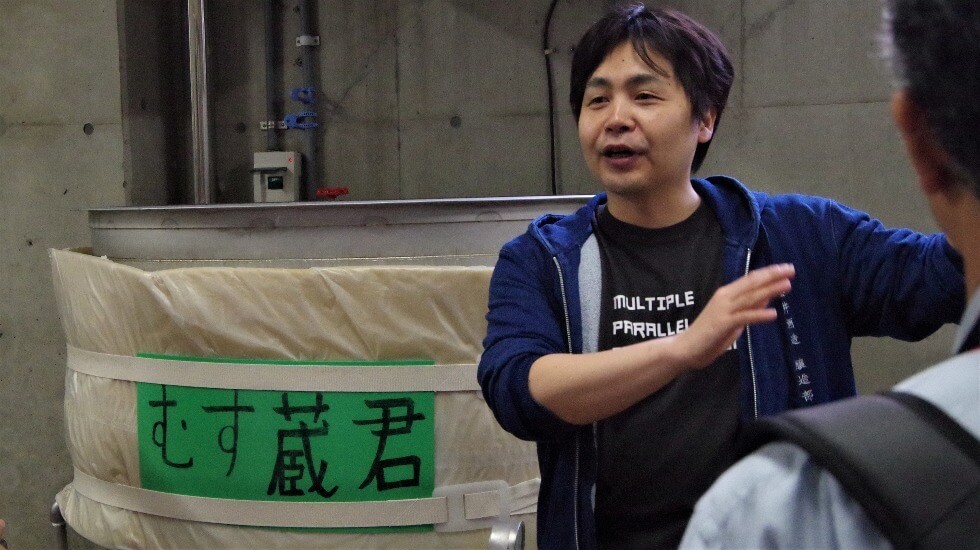 The tour begins following an explanation of the brewery’s history by the head of the brewery and 15th generation Matsui, Mr. Matsui himself. 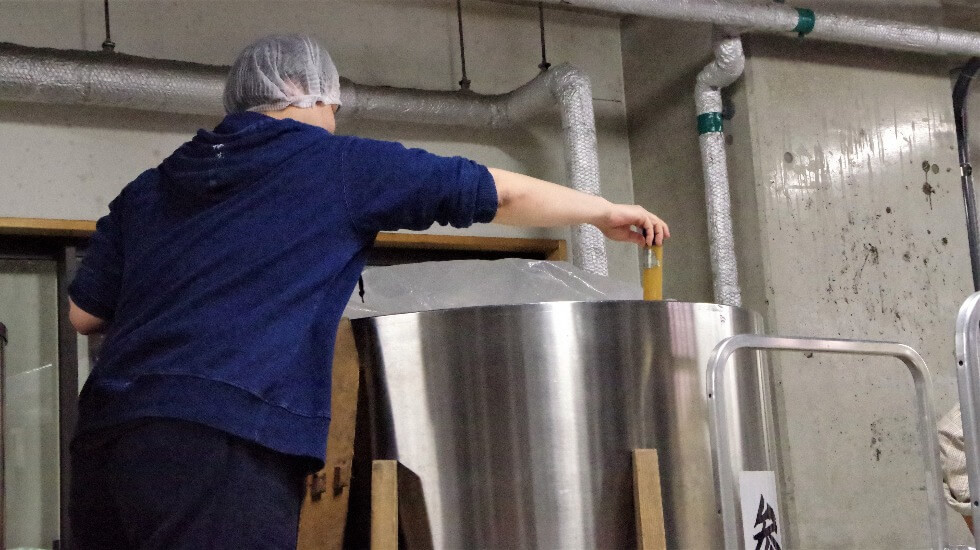 Japanese sake is brewed using rice, and is characterized by its full-bodied flavors and robust aroma that are drawn out during the brewing process by the yeast and east Asian starter known as Koji.

Japanese sake uses a type of fermentation called “Multiple Parallel Fermentation” wherein rice starch is turned into sugar, which is simultaneously turned into alcohol by the yeast.

This process is extremely complicated, and in order to not allow any unwanted bacteria or dust into any part of the process, disposable hats are required at all times. 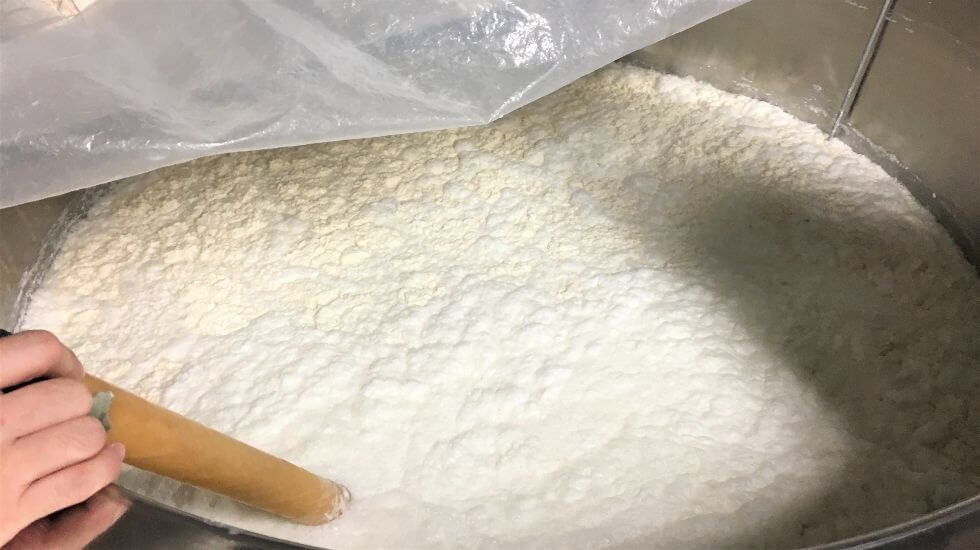 This is a picture of the fermenting sake. You can really smell the alcohol when you get in close.

Japanese sake is brewed at a relatively low temperature of about 6 to 15 degrees, which dampens the effects the alcohol has on the yeast.

One whiff of this bad boy and you’ll be wanting to jump right to the sake tasting at the end. 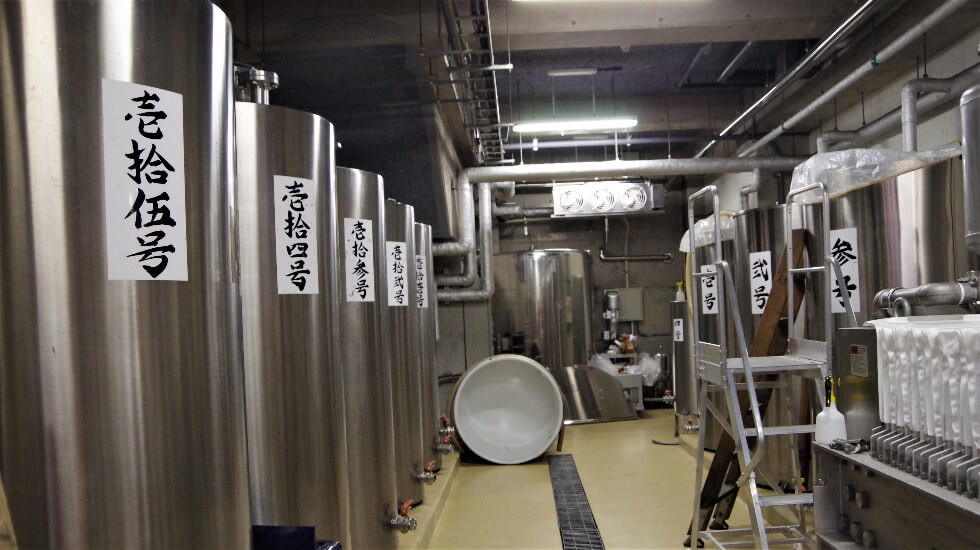 On the left is what’s known as “raw sake”, a sake which sees no heat during its brewing process.

It has a clear, freshly squeezed taste, is best drunk cold and is perfect for the summer. 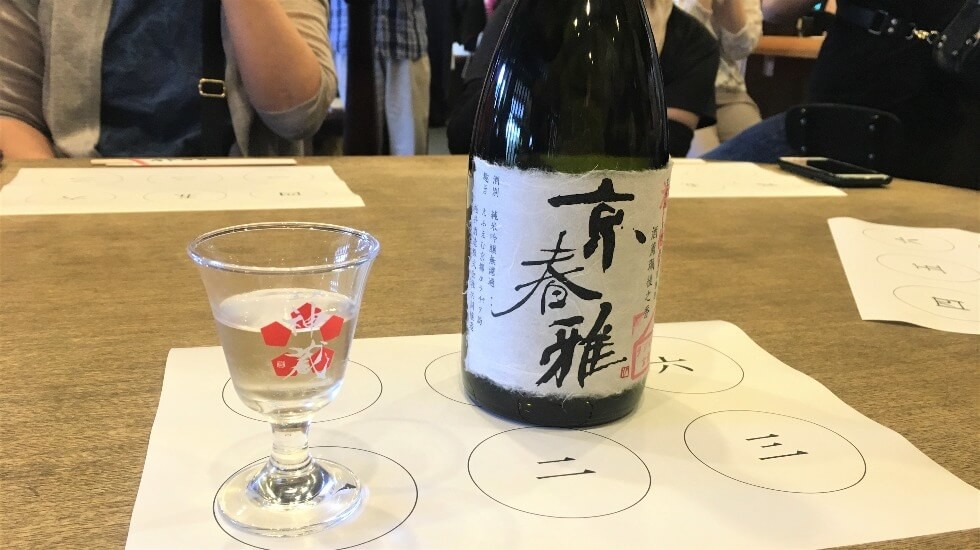 The reason where are all here. Brewed in the Heisei era and pressed in the Reiwa era, the much celebrated and first of the new era, 2019’s “Kyokasuga” sake.

Brewed with the idea of enjoying it alongside the dulcet tones of α-STATION FM Kyoto, this original unpasteurized Junmai Ginjo sake features a distinctly refreshing and clear after taste. 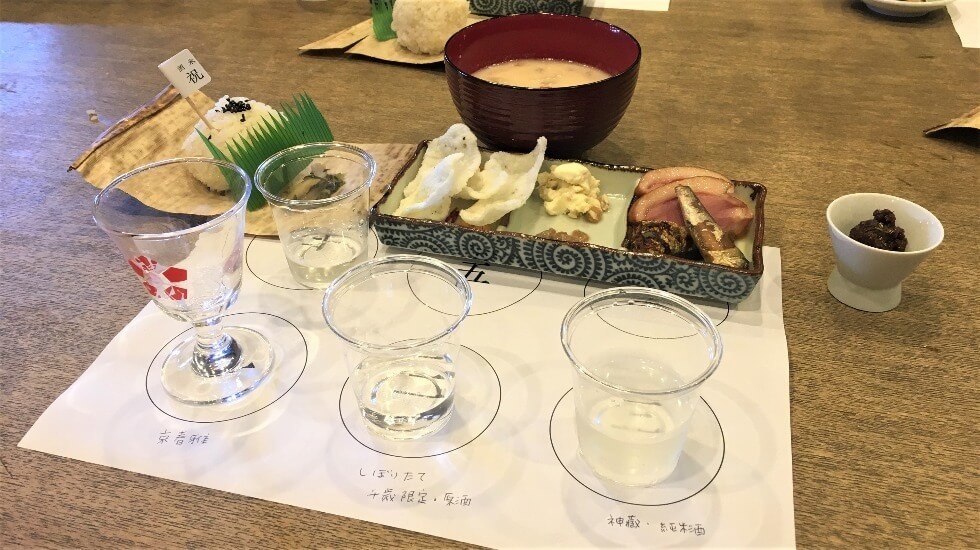 Along with some small finger foods, at the end of the tour, the brewery kindly offers six different sakes for tasting. The Kyokasuga was incredibly good, but what caught my eye was number four, Kamikura Daiginjo.

This completely unpasteurized sake has the distinctive aroma of Ginjo sake and a smooth and refreshing flavor. I personally love refreshing, dry sake, so found this sake to be absolutely amazing.

The finger food included a line up of snacks that fit with each of the sake; including roast duck, cream cheese, and Japanese rice crackers.

I would have to say that out of all Kasujiru soups that I’ve tried before, this was definitely the best! After downing this warm bowl of soup, you’ll be wanting to grab another glass of sake.

Everyone around us were like-minded sake lovers, so we had a great time chatting to everyone about this symbol of Japan while we sipped away at our tastings. 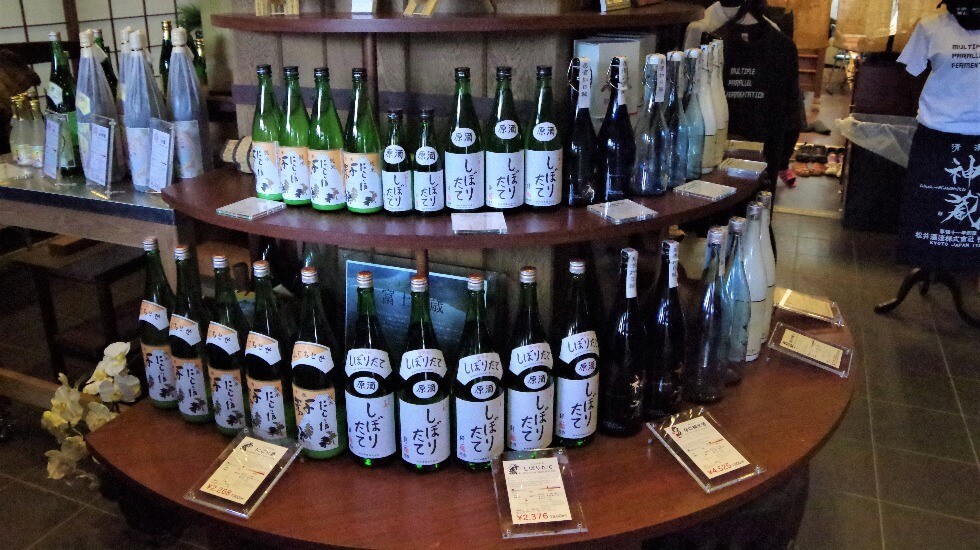 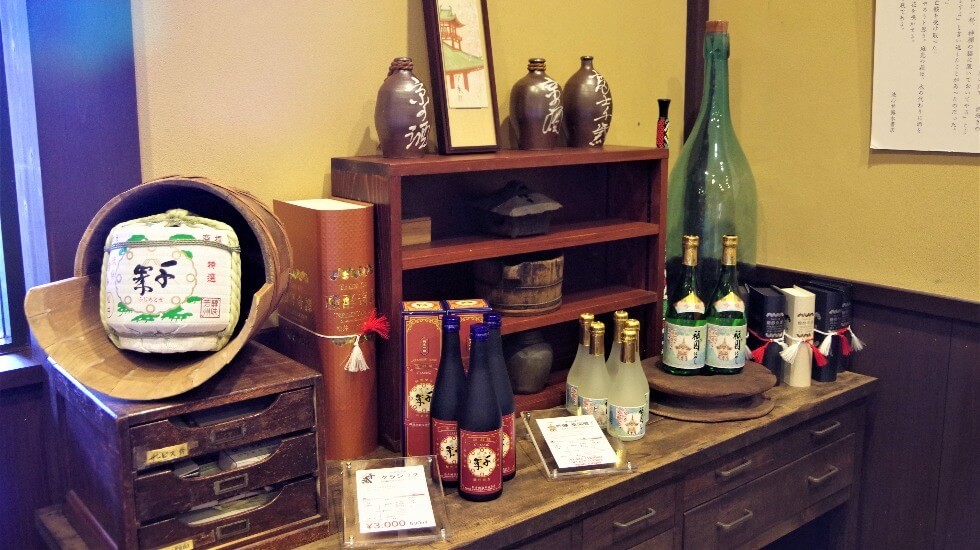 The brewery sells a wide variety of sake in their store, so give them all a good browse before picking up one that you like…(This is really making want to relax at home with a cool glass of sake haha)

Every step of the sake brewing process at Matsui Shuzo Brewery is done completely by hand by the skilled sake brewers.

The well-renowned, historical brewery that is Matsui Shuzo is a great place for anyone coming to Kyoto to visit. Their tours are incredibly informative and events such as the one we attend for this article are wonderful ways for sake lovers to get motivated to start learning more about Japan’s famous rice wine.