The Sharing Kyoto team sat in on the “OSK Nippon Revue Company” press conference for their upcoming July 2019 performances at Kyoto’s Minamiza Theatre.

Those living overseas may not be too familiar with Japanese theatre, but the performances of the flamboyantly brilliant “OSK Nippon Revue Company” are simply incredible and more than enough to impress even the biggest fans of theatre.

The Sharing Kyoto team received a gracious invite from the Minamiza theatre, in Kyoto’s Gion district, to attend a press conference for the OSK Nippon Revue Company.

The press conference was for their upcoming “OSK SAKURA REVUE” and Minamiza’s first ever night revue, the “OSK SAKURA NIGHT,” which is to have both day and night performances.

This was my first ever press conference, so I was a little nervous, but it ended up being an incredibly exciting experience. 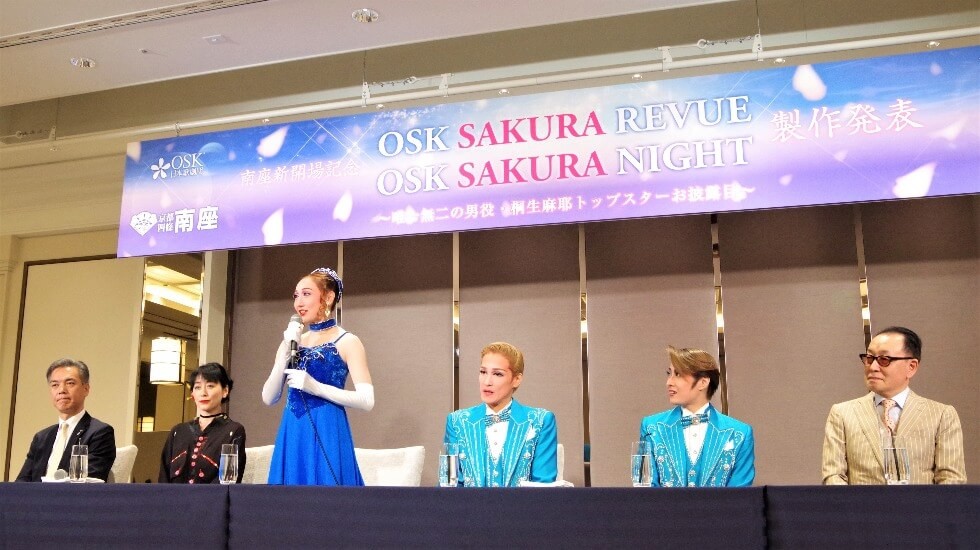 The performers, with their beautiful glittery and gaudy outfits, hair, and makeup, first greeted the press.

It felt so strange having such famous performers right there in front of you! 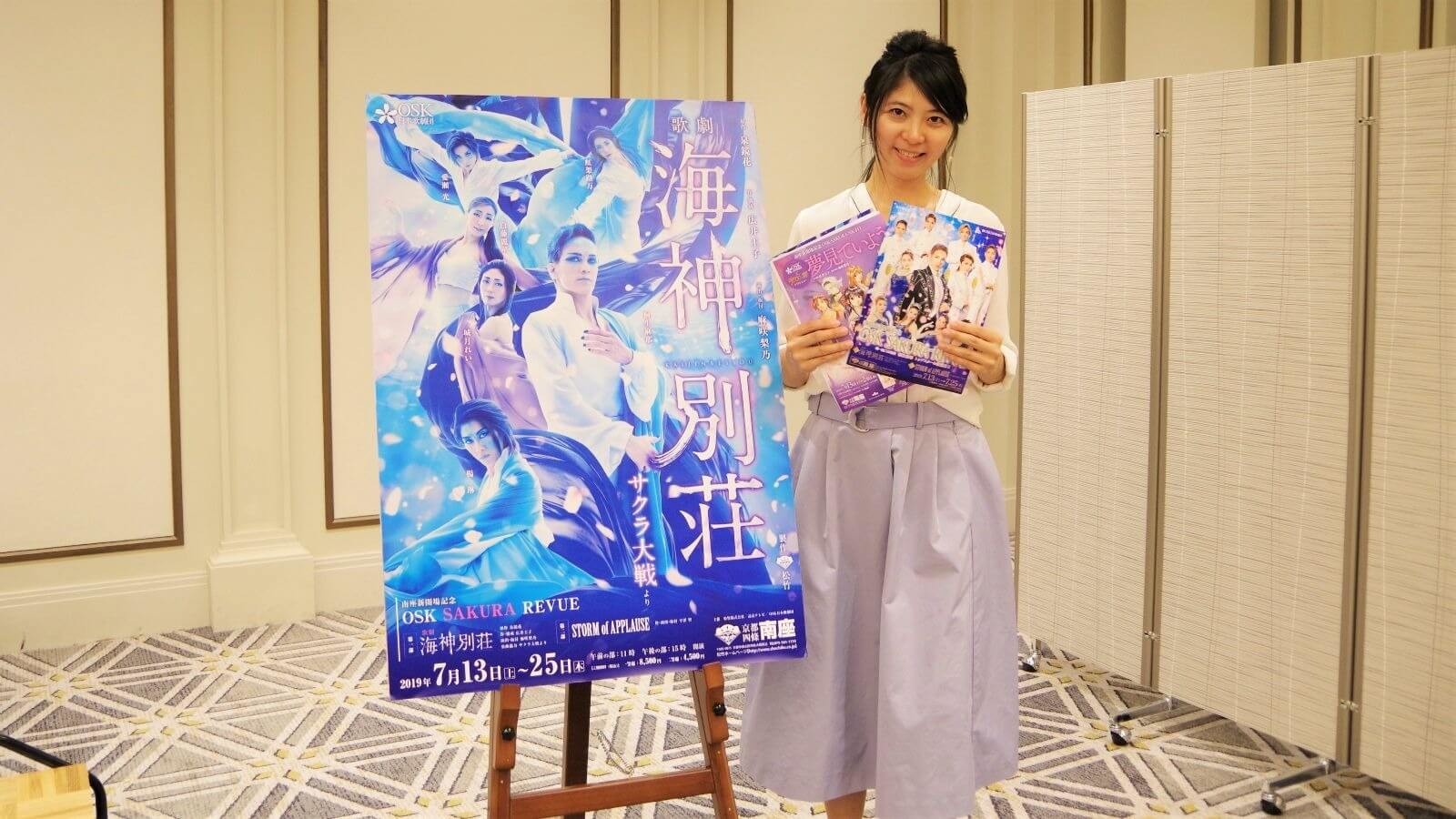 The “OSK SAKURA REVUE”—which is being held to commemorate the opening of Minamiza’s new theatre—has been split into two parts.

The first part being the opera “Kaijin Beso,” meaning “Villa of the sea god.”

The second part is the opera “STORM of APPLAUSE.”

“Kaijin Beso” is a love story about a young nobleman from an underwater palace who falls in love with a girl from the surface. OSK Nippon Revue Company’s songs and dances, together with several well-known compositions, are sure to invite you on a trip to a fantasy world the likes of which you’ve never seen before.

The second part, “STORM of APPLAUSE,” is a fabulous revue based on the theme of “Applause” to celebrate a new chapter for the revue company. 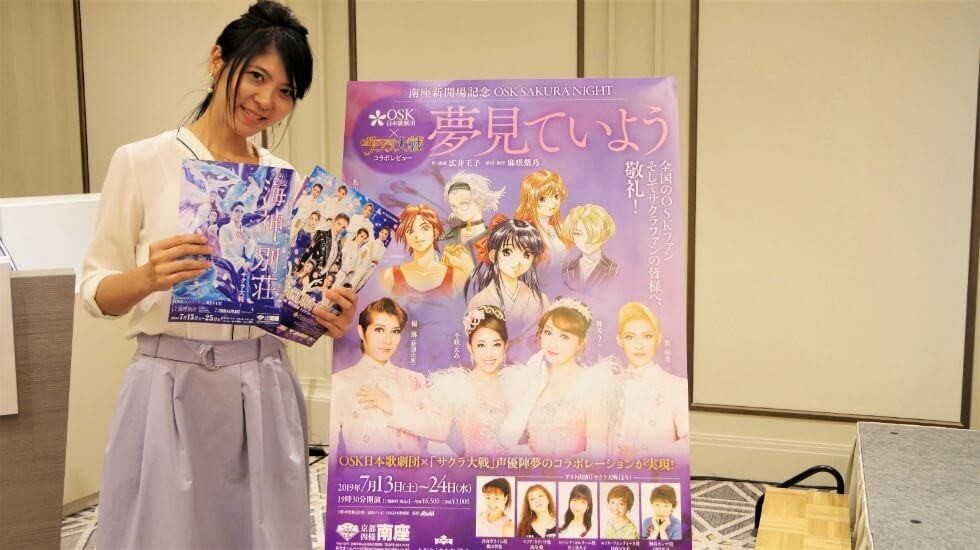 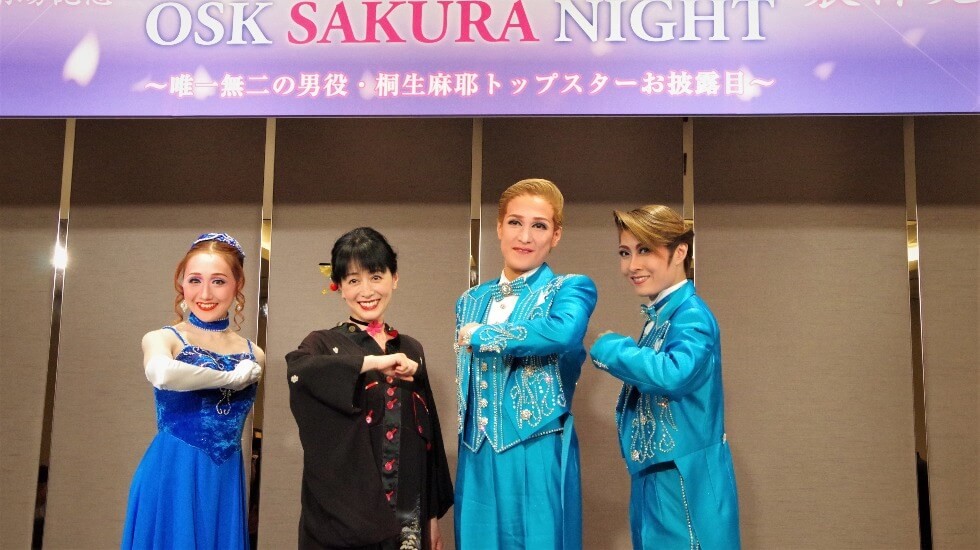 A smile filled end to the press conference.

Check below for performance details.