We went to Murin-an’s media event! 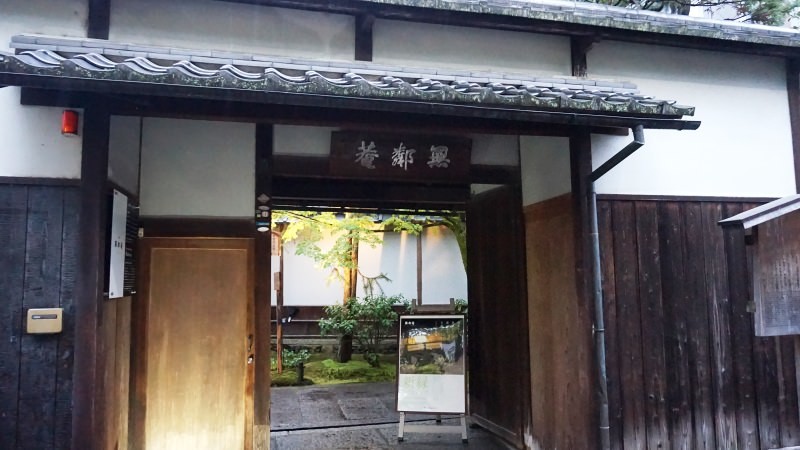 The media event took place at Murin-an, which is a 7-minute walk away from subway Keage Station. The atmosphere around Murin-an is quiet and serene. 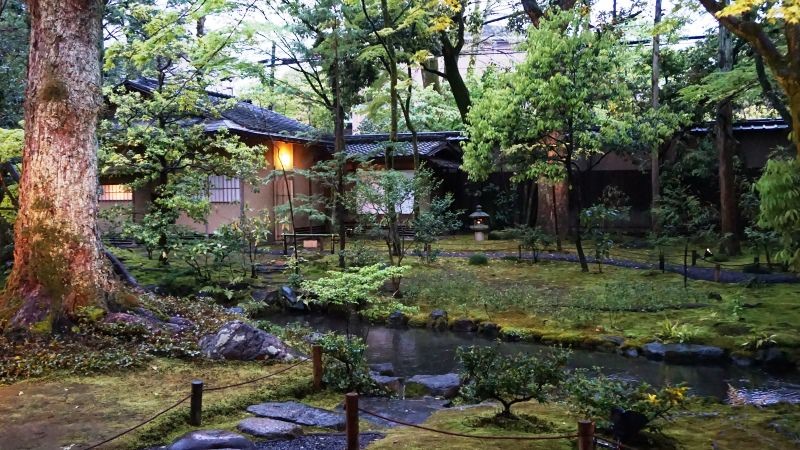 When we got to Murin-an at around half past six p.m. the sun had not completely set yet, so we got to see the garden in the twilight. Unfortunately (or luckily, as Yamagata Aritomo, whose villa Murin-an originally was, might have said) it was raining, but the moss and stone steps of the garden looked even more beautiful and vivid thanks to the rain. 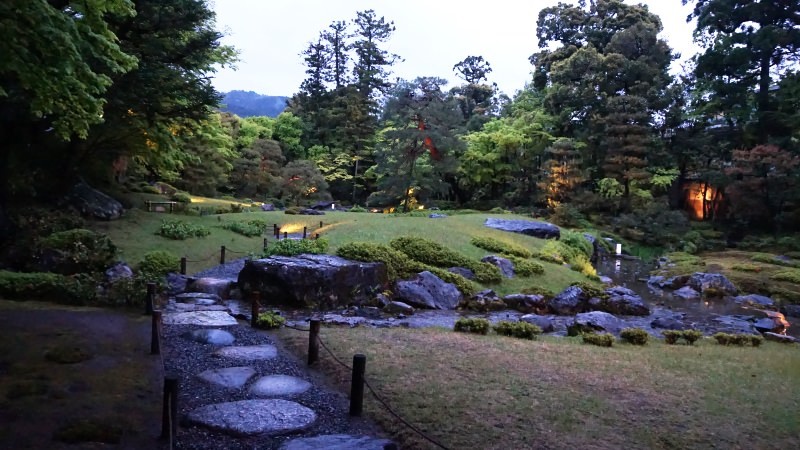 For the media event, the CEO of the organizer of the event, UEYAKATO Landscape, the lighting designer responsible for the design of this illumination event, and the gardener in charge of taking care of Murin-an’s garden each spoke about how this event came to be, the design and concept behind it, and why Murin-an’s garden looks like it does at the present day. 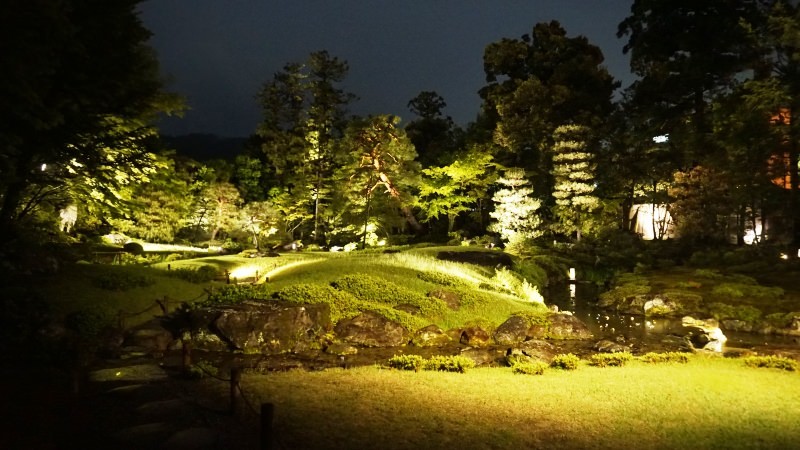 The garden built during the Meiji period is designated a National Place of Scenic Beauty, and because of this the garden is protected by the Cultural Properties Protection Law, and in order to hold an illumination event at a place like this they had to get a permission from the Agency for Cultural Affairs, which we head was certainly not an easy task to accomplish. 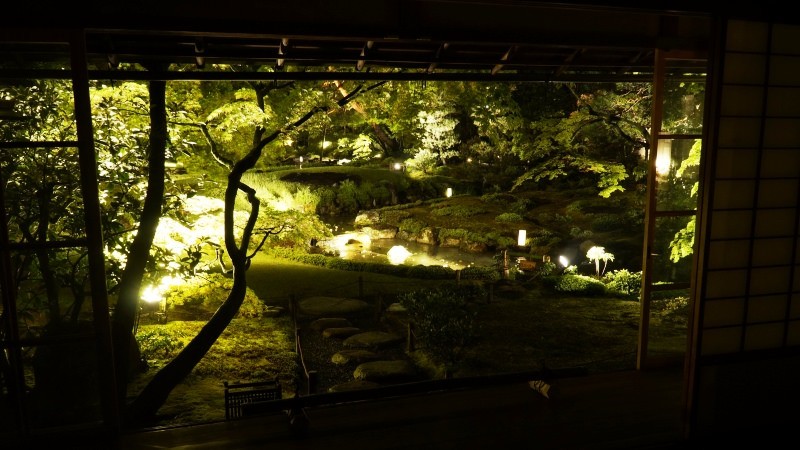 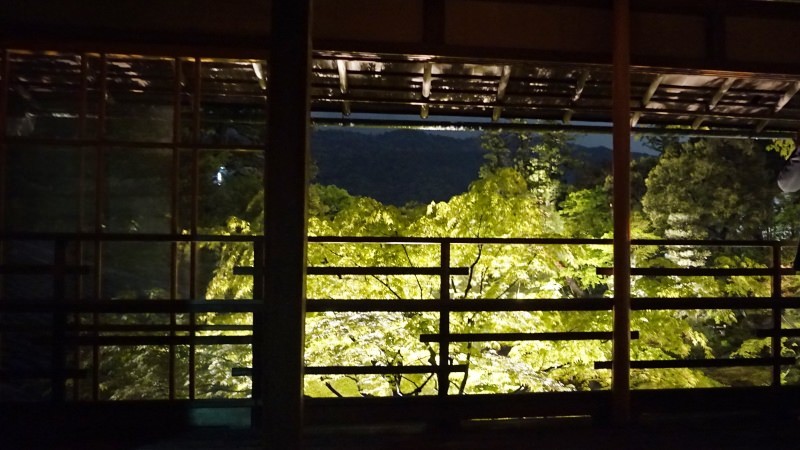 There is a fee you have to pay to enter the second floor, but from here you can look down at the garden. 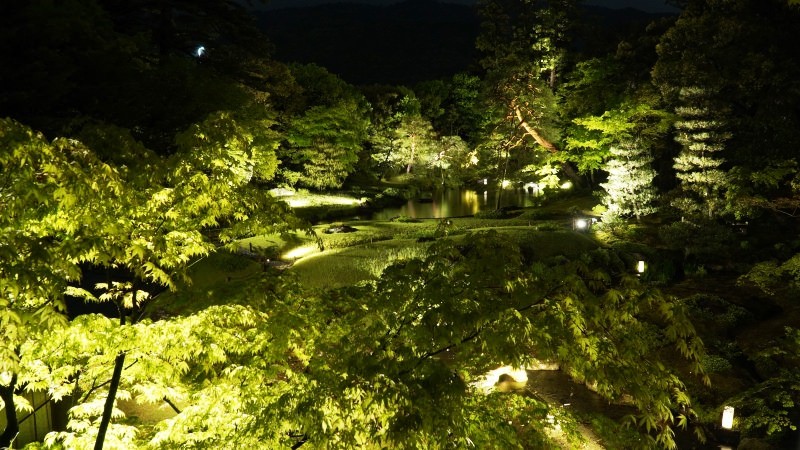 This view of Murin-an from the second floor is completely different from the one down below, from here you can see it all: the arrangement of the trees, bushes, and other plants, the susurrating river; the sight is fantastic. 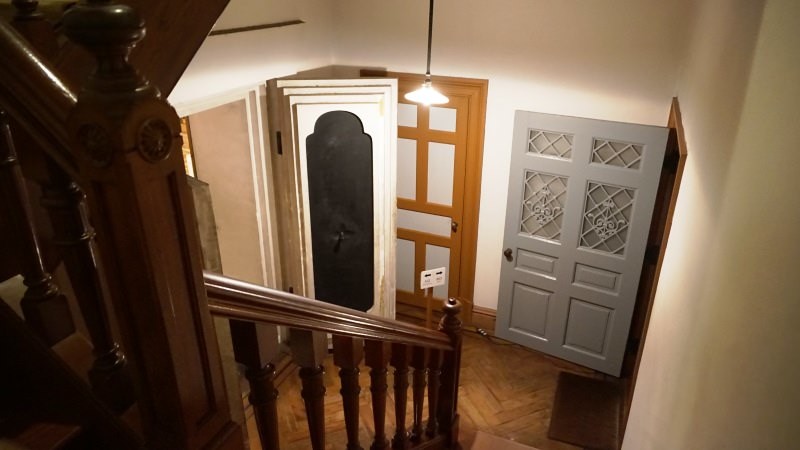 You can also get to see the western-style house by the garden. The building looks very retro both from outside and inside. 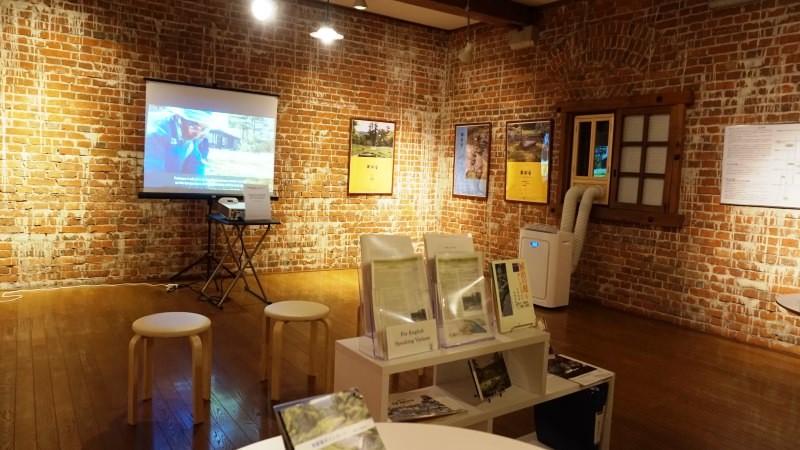 On the first floor you can enjoy the brick walls of the building and look at the panels on the wall telling about the vision Yamagata Aritomo had for this garden. 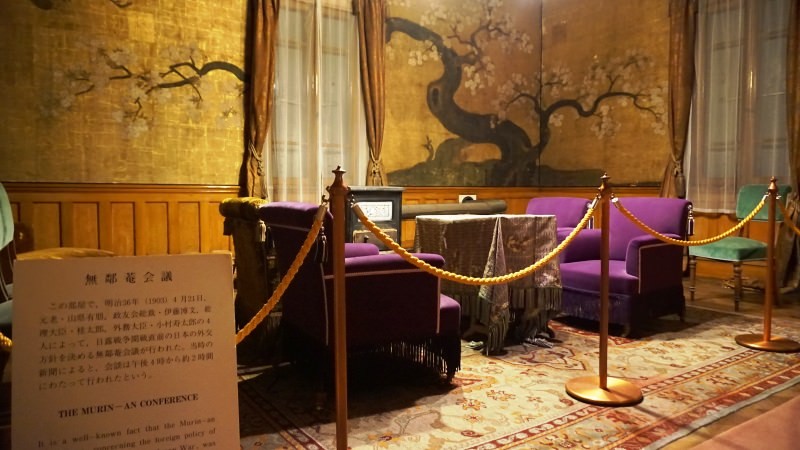 The look of the room is maintained like it was during the Murin-an Conference held in the Meiji period, before the start of the Russo-Japanese War, where Yamagata Aritomo and the first prime minister of Japan, Ito Hirobumi, among others decided the diplomatic policies of Japan. There are no illuminations at the western-style house, but it is definitely worth a look. 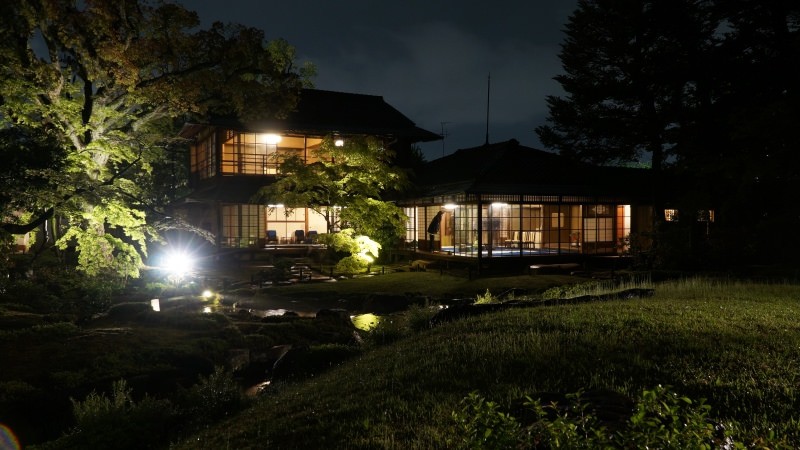 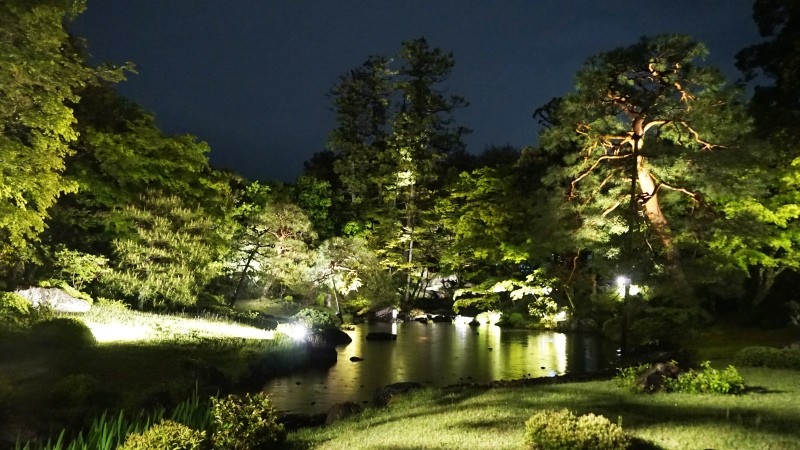 During the event, many wildflowers should already be blooming, but unfortunately, they had not yet bloomed when we participated in the media event. Normally in Japanese gardens wildflowers are thought of as a weed and removed. This is done because the moss, but at Murin-an because of Yamagata Aritomo’s thoughts about respecting nature, they take care of the wildflowers as a part of the garden. 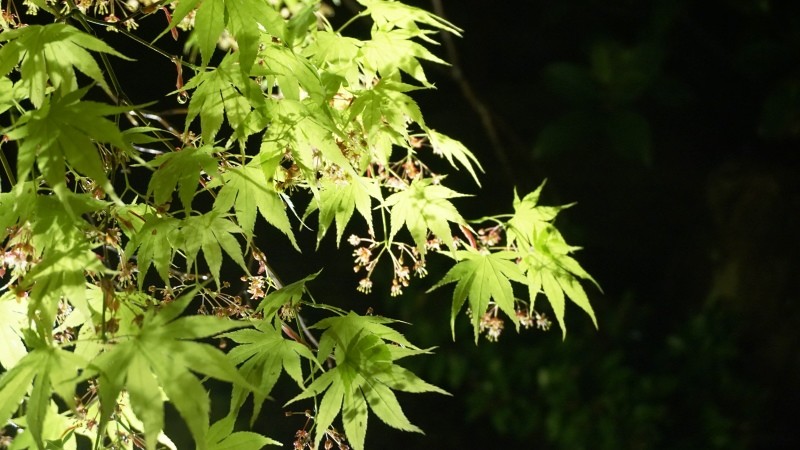