This new gastro pub is located in a traditional machiya-style town house, and they offer six beers on tap. But what was most striking here was how their food perfectly combined western and Japanese cuisines; the whitebait marinated in soy sauce; kujonegi green onion pizza; garlicky al ajillo shrimp topped with kelp. It was all new for me, and these dishes went great with beer!

Spring Valley Brewery opened on September 7, 2017, close to Nishiki Market. So Vanessa, of course, had to go to the pub on its opening day! 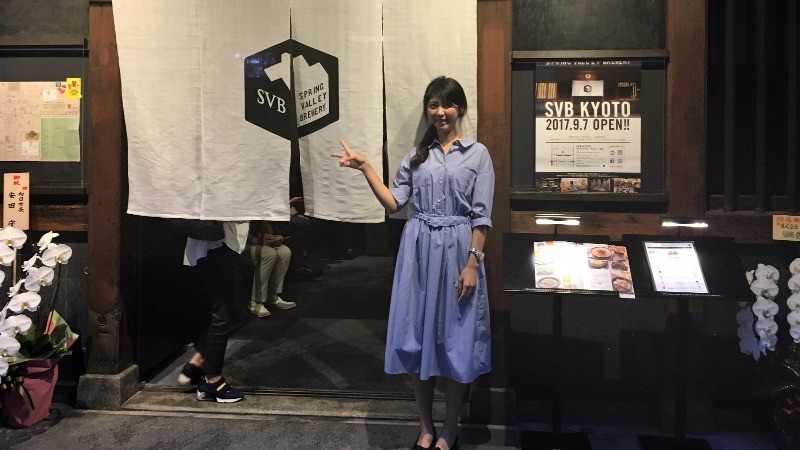 Even though it was raining a bit, I was still excited I could be among the first people who get to drink here! So I lined up and waited to get into the pub. 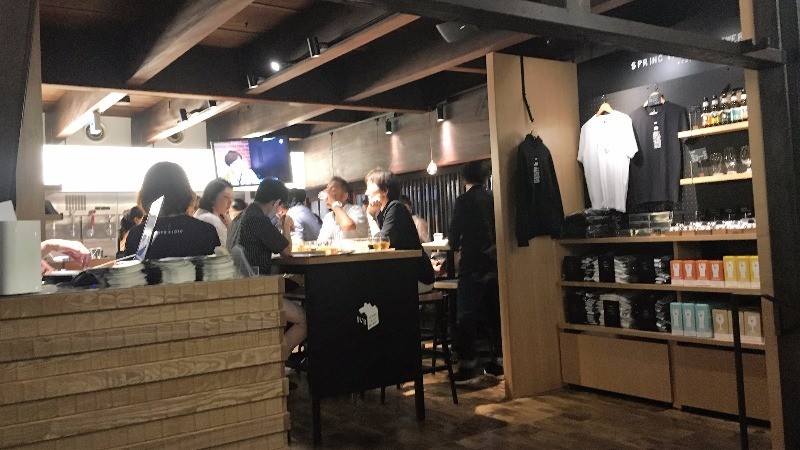 Inside, I immediately noticed the nice wooden interior and all the Kirin merchandise being sold. 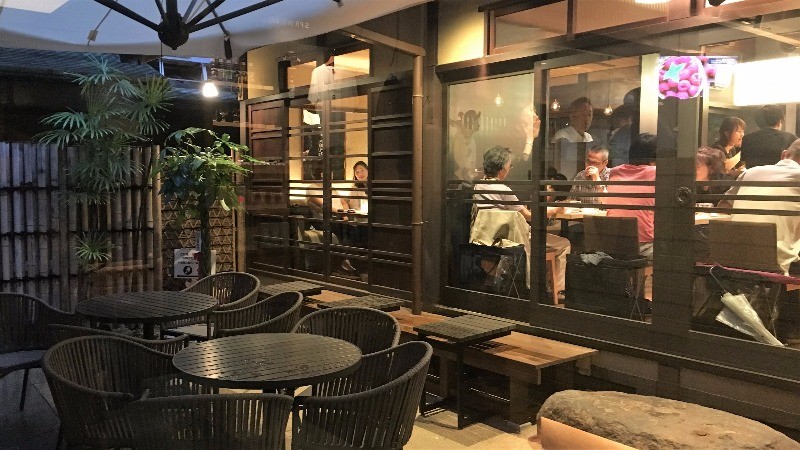 They also have terrace seats, which in autumn must be quite comfortable as the weather gets colder. Even looking from outside, the pub looks quintessentially Japanese. 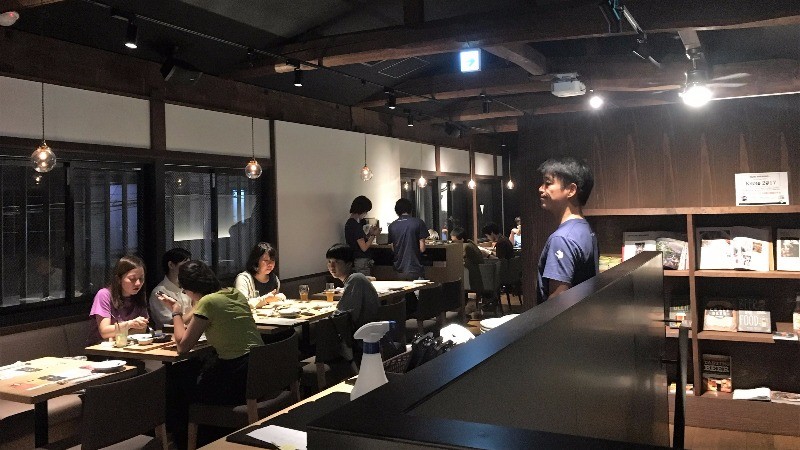 The pub also has a second floor, where you can find a spacious area with a high ceiling and a nice atmosphere. Even though I came early, there were already no seats left! 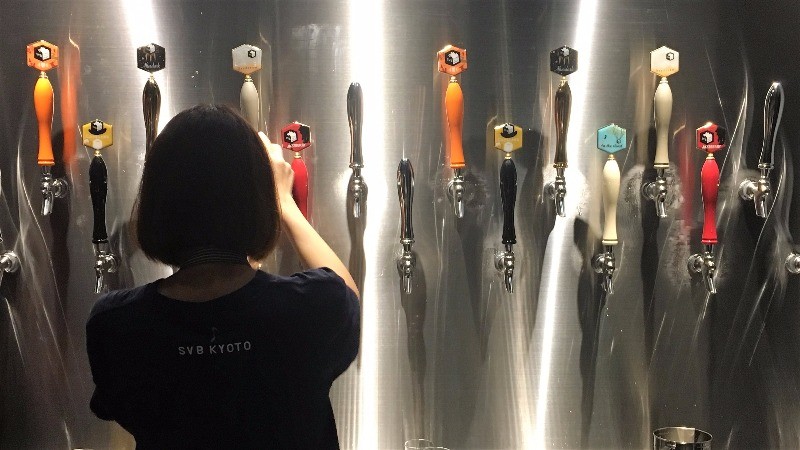 On the tap, they have at least 6 beers every day. Looking at these beer taps, I started wanting to work here… the beer taps are calling for me. 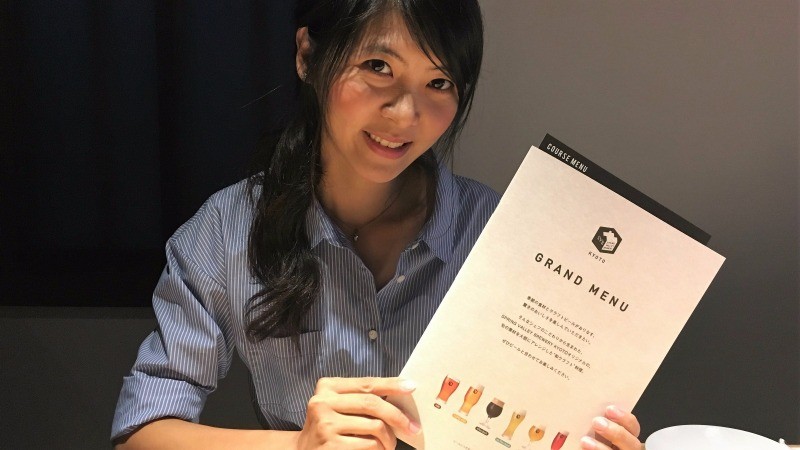 It was hard to decide what to order, but I had decided on one thing: I wanted to drink beer, as soon as possible! 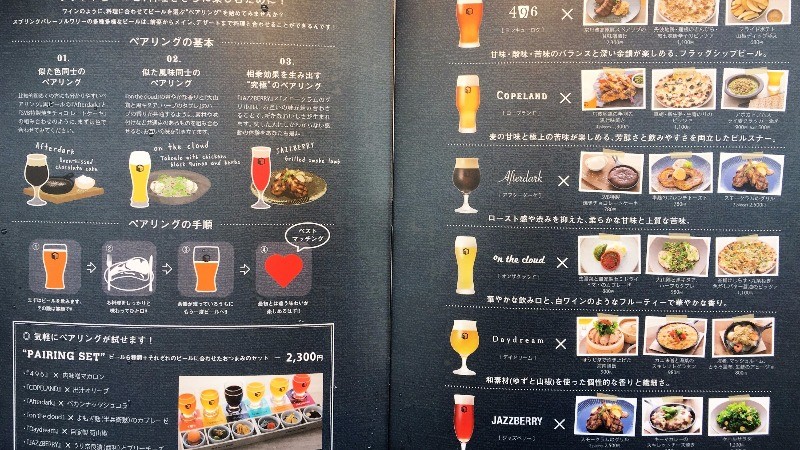 It’s nice that on the menu they show which foods go best with which beer. But for me, I wanted to try them all so the set in the lower-left corner was what caught my attention! 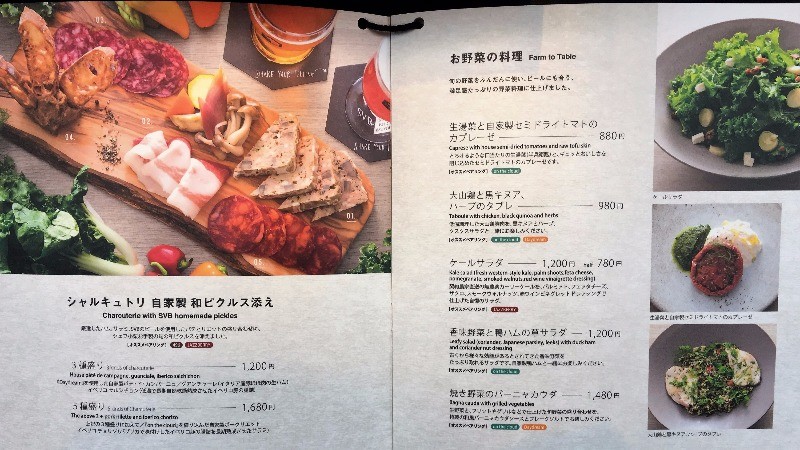 They also offer a nice selection of appetizers, and most of them are quite light, which is really nice for people like me who don’t like anything too heavy. 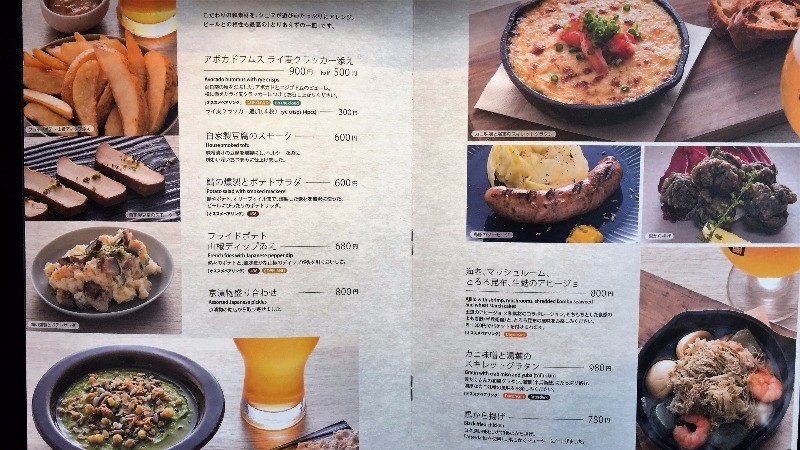 But you shouldn’t forget about their nice selection of Japanese-western fusion cuisine. 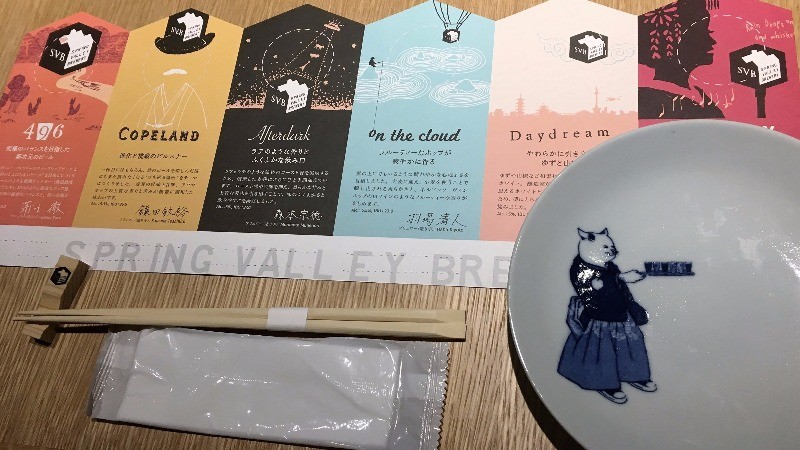 You also get a cute coaster with explanations of each beer in Japanese. 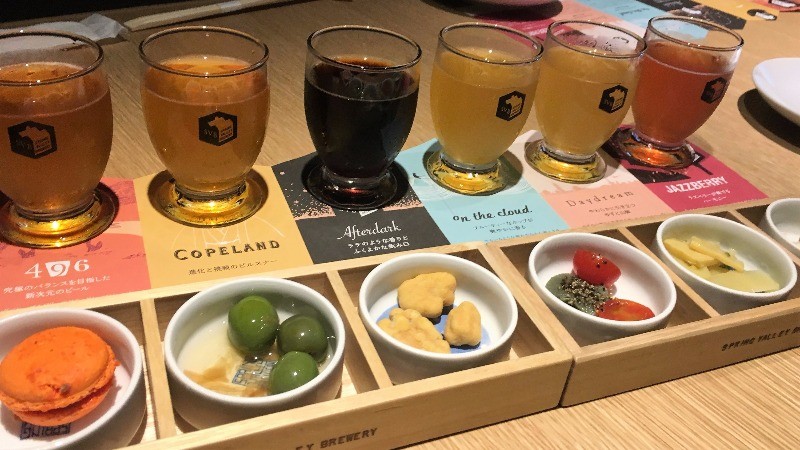 You also get a matching number of small appetizers with the beer, and among these my absolute favorites were the miso-macaron and walnut chocolate! 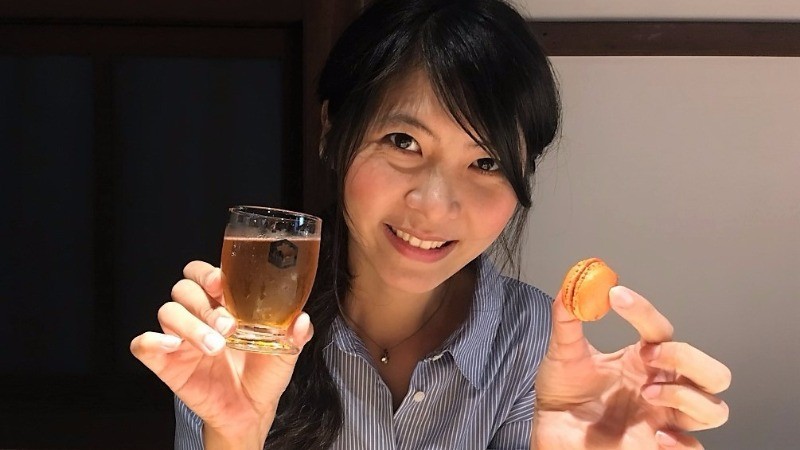 These quite bosom-like, plump macarons were not filled with cream, but miso! This with a pint of beer; can I say more? The kiss of the macaron with the bite of the beer! 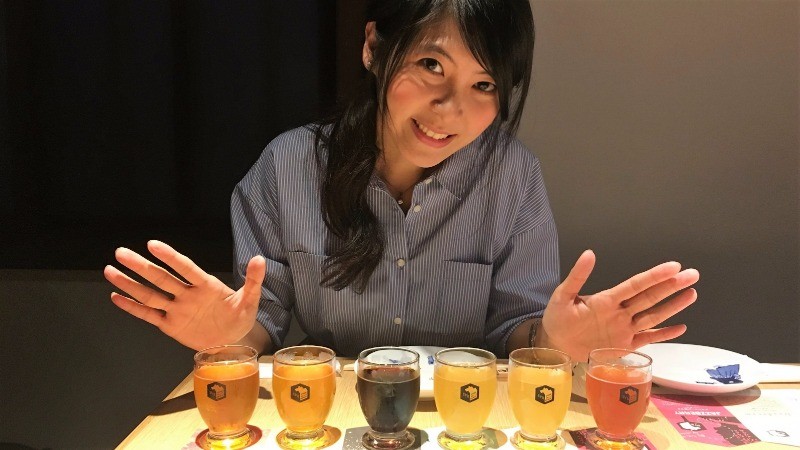 It didn’t take me long to drink all 6 glasses of beer! No wonder they call me Vanessa, the one who loves beer. I liked the fruity number four the best. 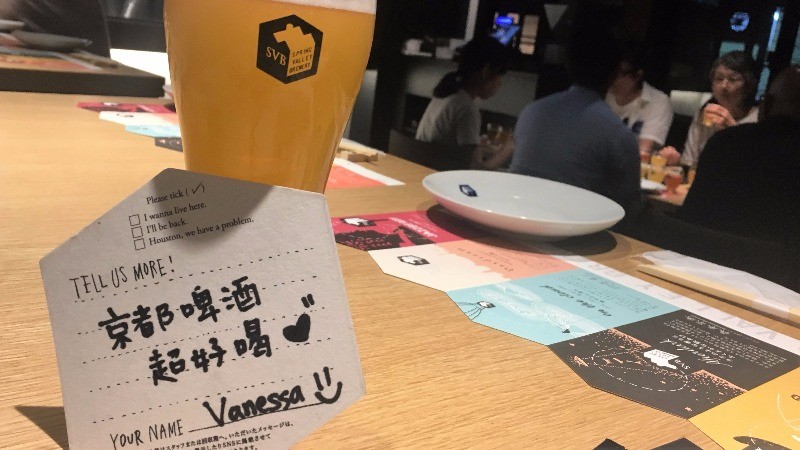 But, that was not enough for me! I had to have another pint of number four. You can also write a comment on a coaster for the staff. 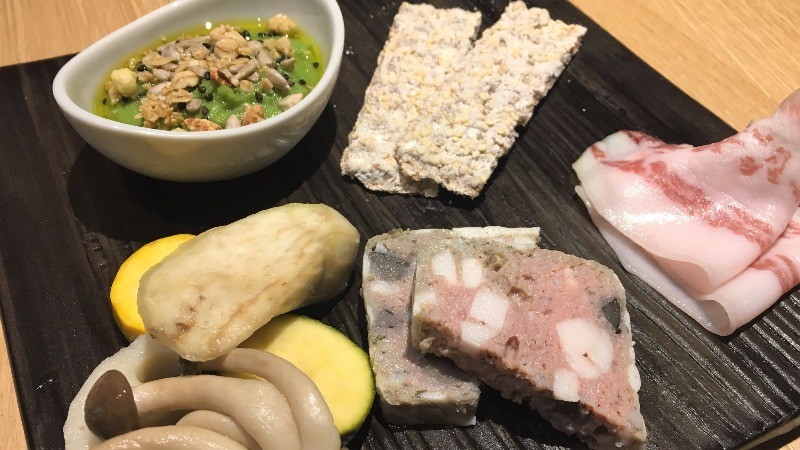 The appetizer platter was good, but the avocado paste and Spanish pate are worth a special mention. 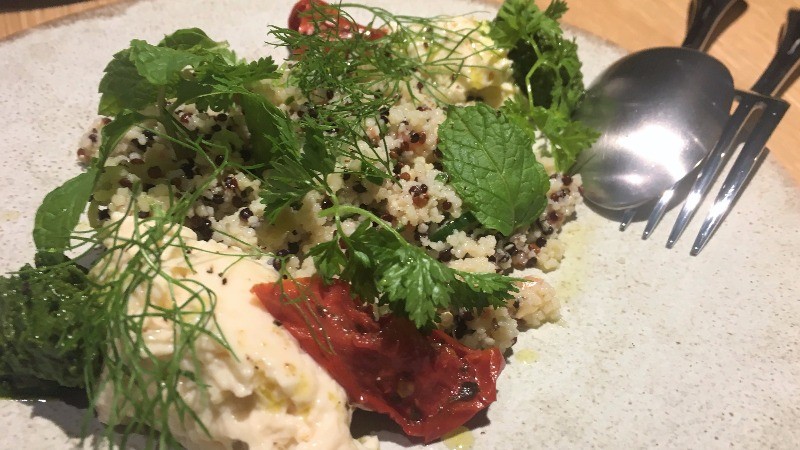 Here you have couscous topped with yuba made in Kyoto, and you even get Japanese-style sundried tomatoes with it. The texture of this dish is interesting; the couscous with the soft yuba almost reminds me of chocolate chips in ice cream. 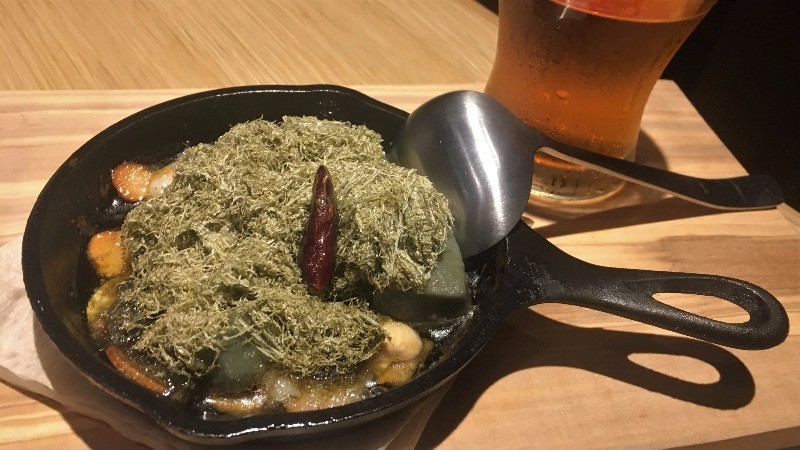 This gambas al ajillo is a Spansh-Japanese fusion: you get garlicky shrimp on a piping hot iron pan topped with kombu shavings and namafu-wheat gluten. The kombu shavings suck the garlicky juices of the shrimp, and the combination of it all just tastes wonderful, making this my favorite dish of the night. 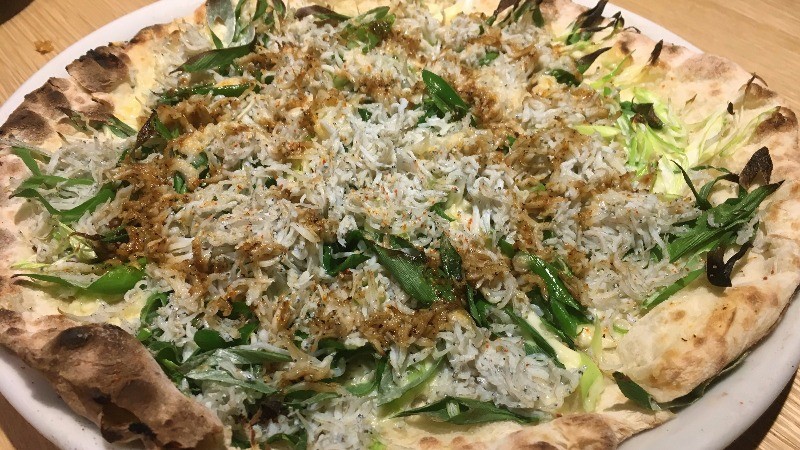 Next, we have a pizza topped with whitebait and green onions from Kyoto. The whitebait is flavored with soy sauce and together with the green onion, they form a truly Kyoto-like pizza. And it tastes good too! 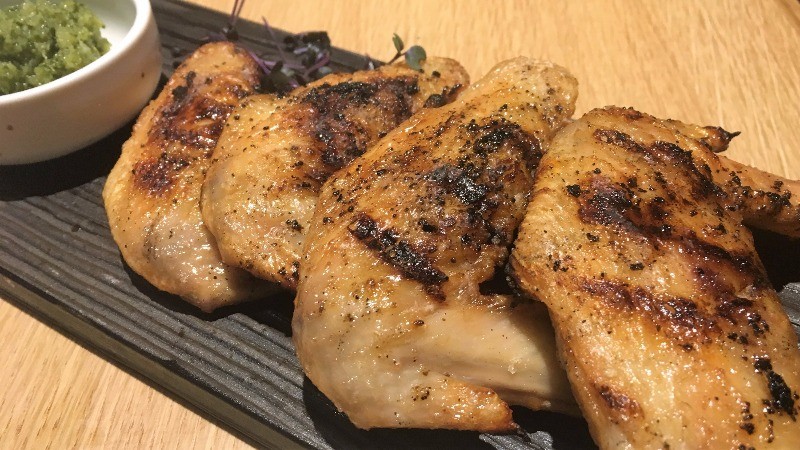 Last, these grilled chicken wings that look so appetizingly golden brown. The meat inside is soft and juicy, and the skin crispy… just like I like them! 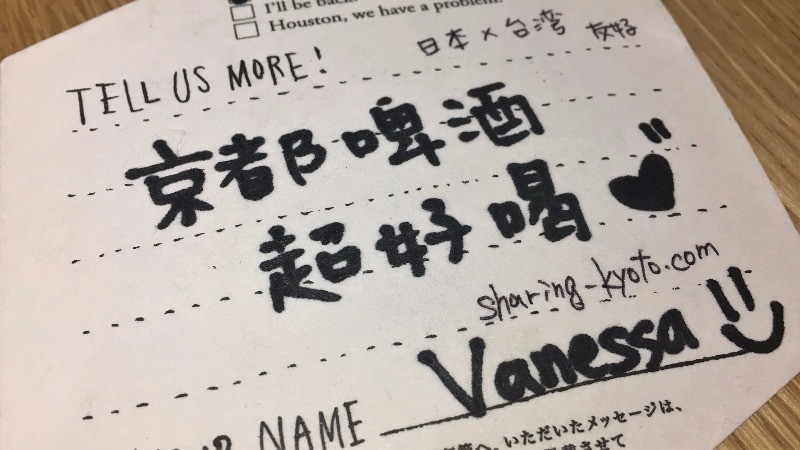