Hey! Nice to meet everyone, I’m Shin, one of the new 2019 recruits to Sharing Kyoto!

Since joining the team in mid-May and newly becoming a fully fledged working-adult, I’ve been working hard day in and day out. However, although I’ve been giving it my all every day, I’ve still had a few hiccups here and there. I’m sure everyone can relate the experience of feeling a little down after something hasn’t gone quite the right way.

So that’s why, in this writer’s blog I’m going to introduce everyone to a spot that’s sure to wrench you from that dark, dreary hole and have you feeling better in no time.

On the day in question, I made a bit of a misstep at work, and for the rest of the day was feeling pretty down. However, editor-in-chief Yamasaki and second-year writer Abe kindly decided to try and cheer me up and invited me out for drinks. Being there a few times themselves, these two more seasoned writers apparently had a place they recommend for when you’re not feeling too chipper. 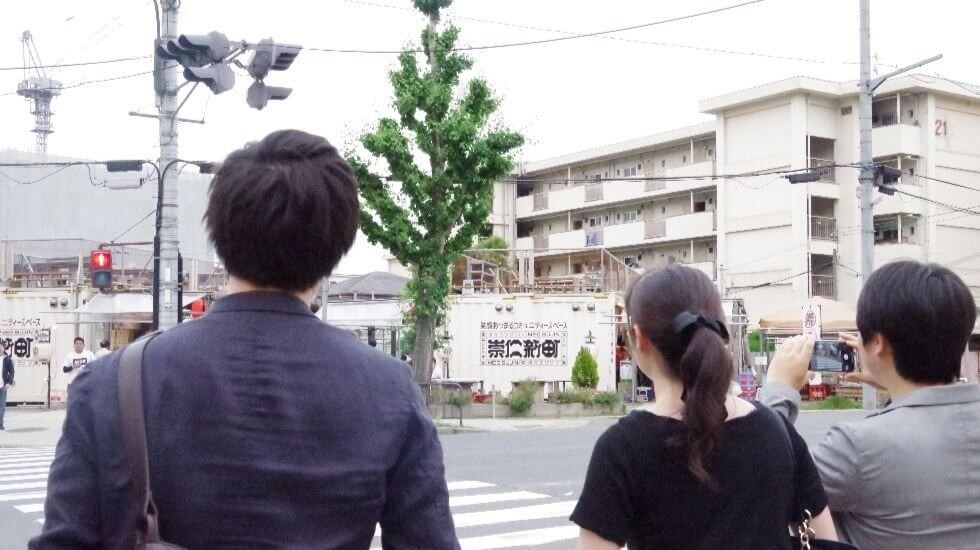 As she’s telling me “I know how you feel,” Abe walks us five minutes from Kyoto Station. Just as Abe’s comforting words are starting to work their magic, what we’d been looking for came into sight. 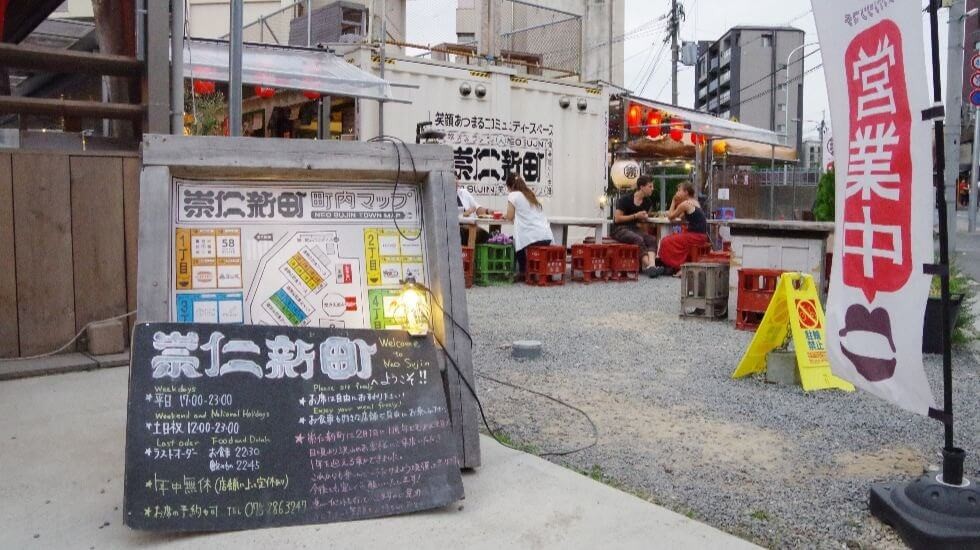 This was what the older writers were talking about, Sujin Shinmachi. 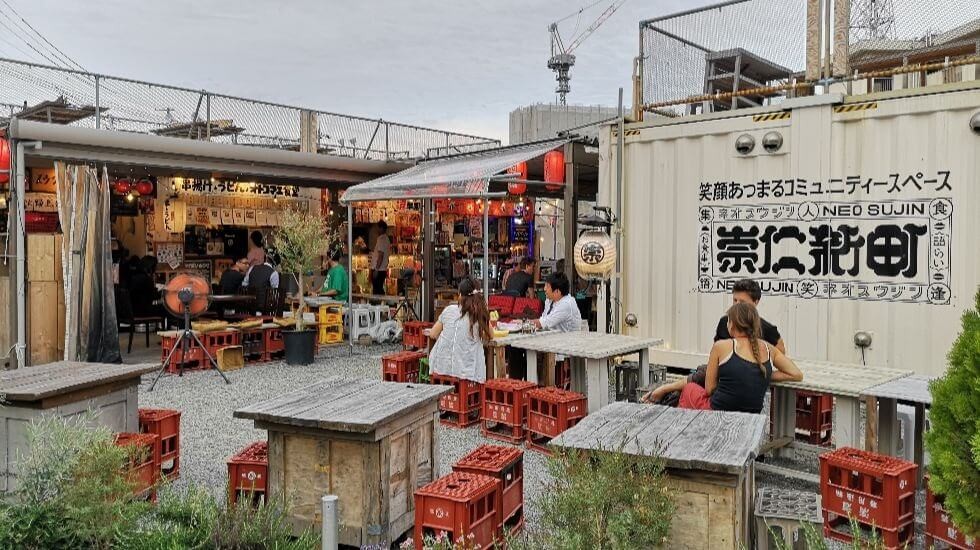 According to Abe, Sujin Shinmachi is an outdoor version of a food court that’s made up of a culmination of different food stalls.

As the slogan in Japanese – “A community space where smiles meet” – written on the side of the containers suggested, we were already seeing a sea of smiling faces. 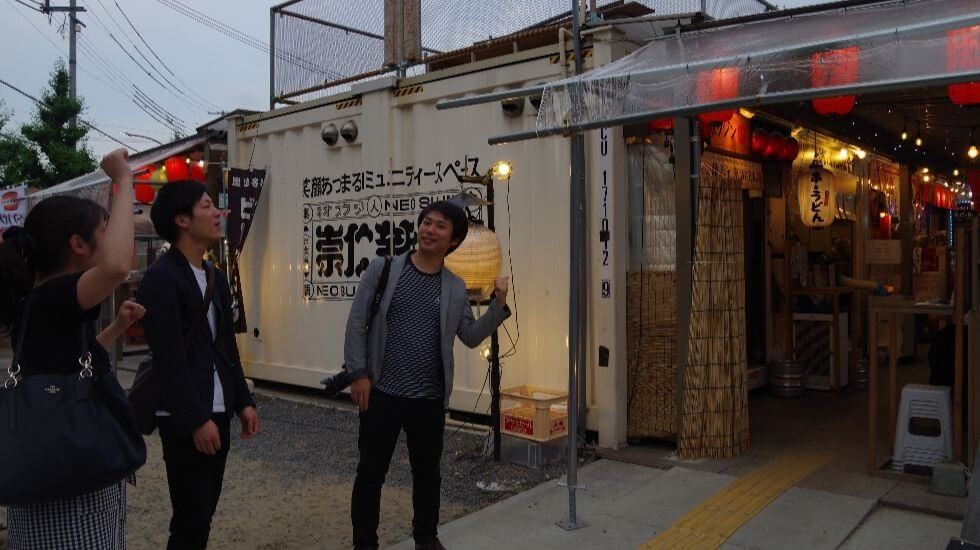 We were still only at the entrance, but I could already feel the vibe of the food stalls and the energy from the people inside. Standing outside, we’d already begun getting pretty excited.

Taking their lead, I quickly followed Yamasaki and Abe inside! 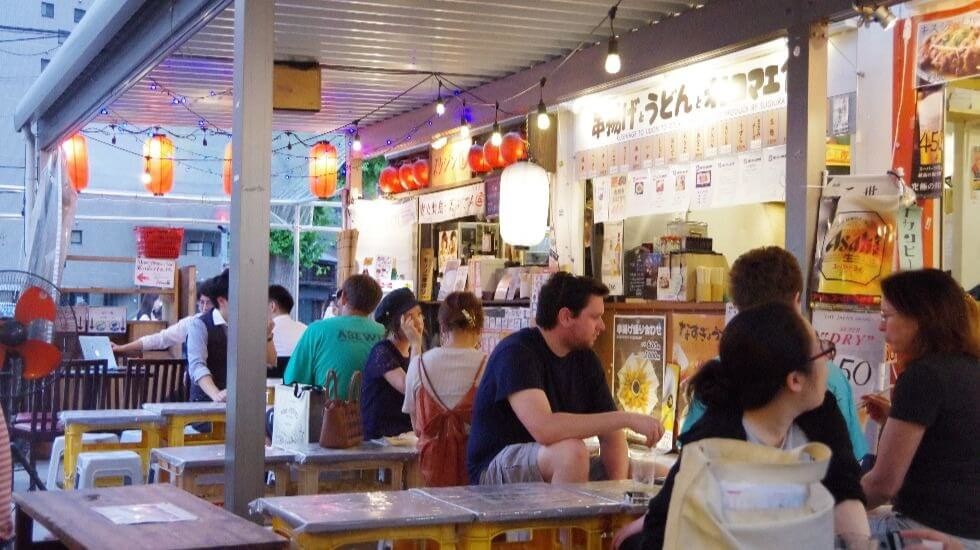 As this was my first time at Sujin Shinmachi, I was overflowing with curiosity.

Also, as I was wrapped up in the energizing and fun mood of everyone around me, before I knew it, I was walking around with a big smile on my face too. 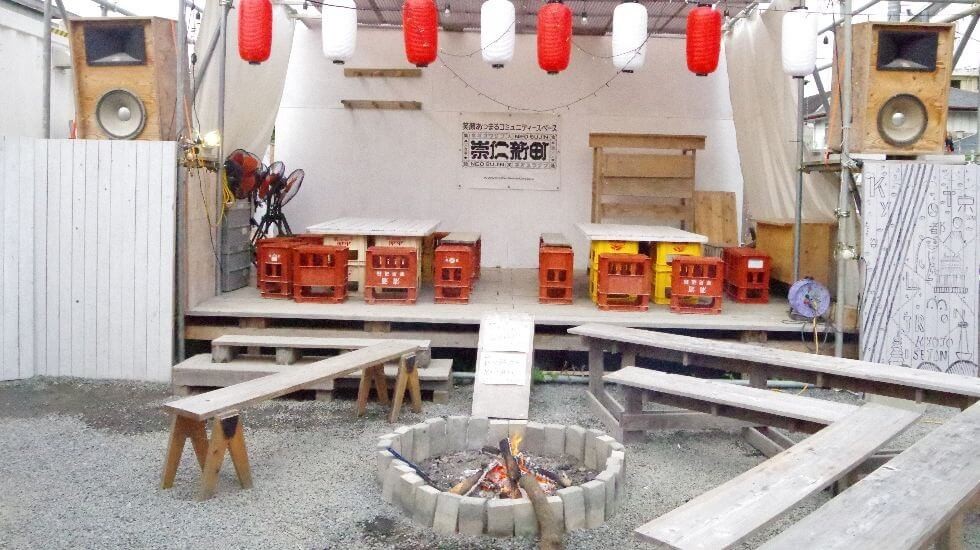 Also, could you believe it!? A fire pit in the back!

I heard that at night people gather around the fire and begin striking up conversations with one another. 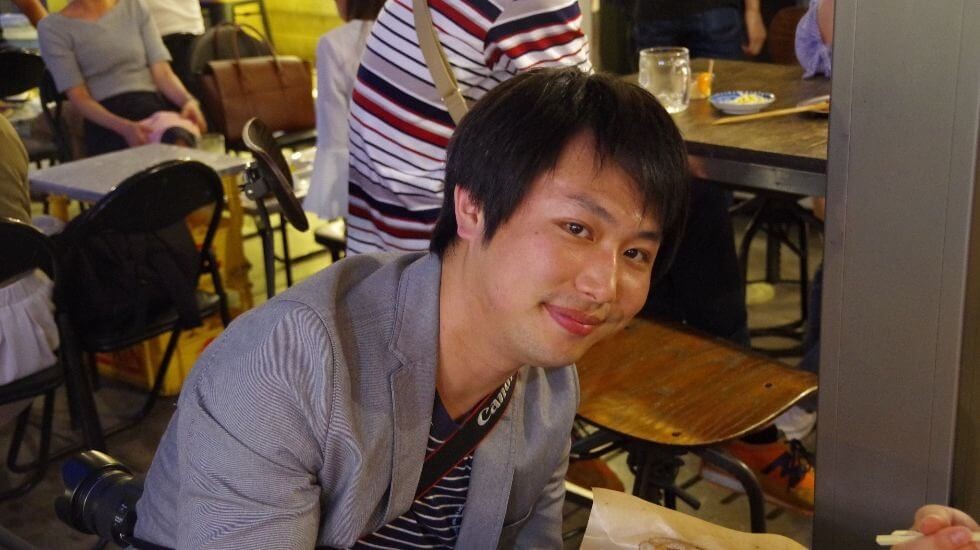 We decided to take one good look around and then secure our seats.

Yamasaki kindly said “Today’s on me! Go get whatever you want!” And, before the words had hardly even left his mouth, we’d all ran off to get what we wanted. 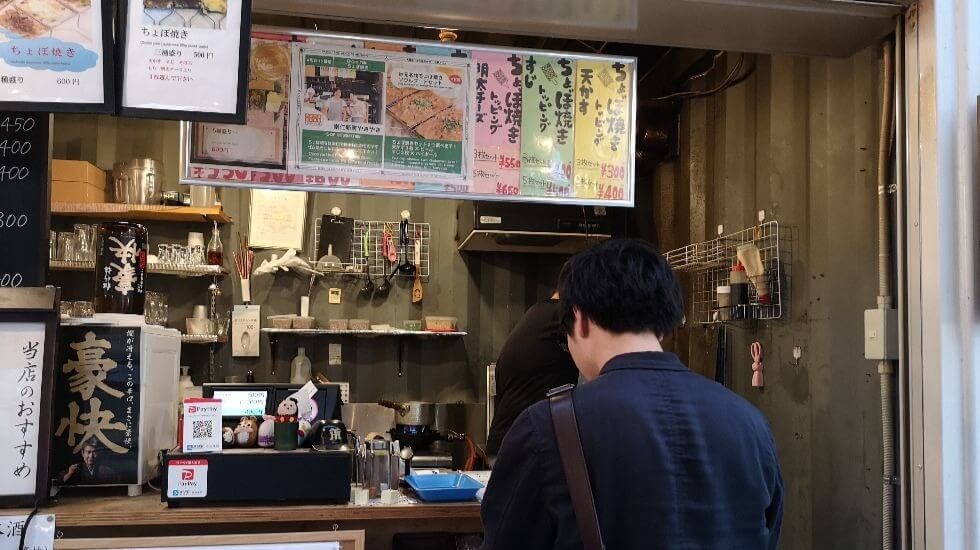 After humming and hawing, I decided to get the “Chobo Yaki,” an Okonomiyaki-like food grilled on a hot plate.

At only 600 yen for five different flavors, it was super cheap! 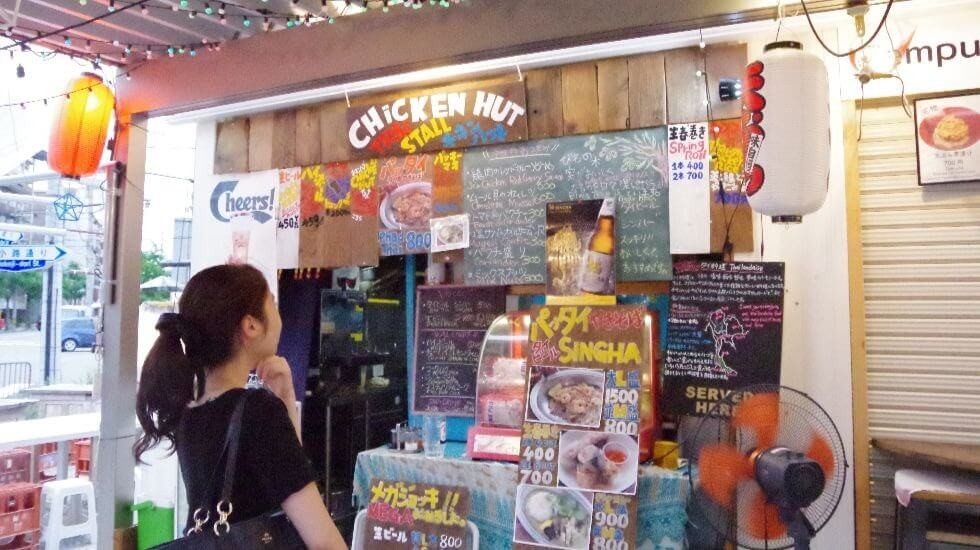 The Thai stall caught Abe’s eye and after much debate, she finally went for the Pad Thai.

This stall brings your order over to you, so you just need to take your number and wait at your seat for it to arrive. 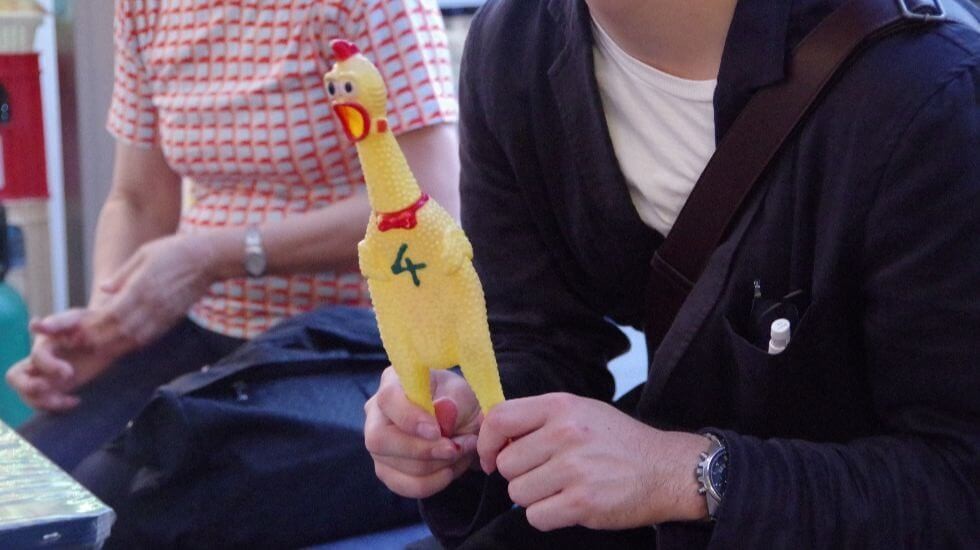 By the way, this was the Thai stall Chicken Hut’s very unique numbering system!

While we were waiting, the chicken went bock, bock, and my stomach went Grr Grr. 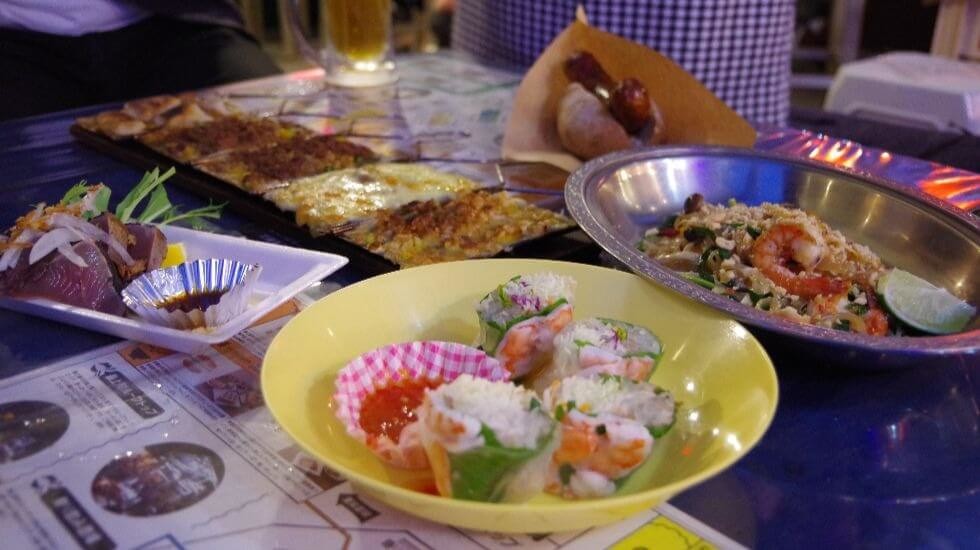 After that, we ordered a few more things to fill up the table. After a few minutes, everything had arrived! 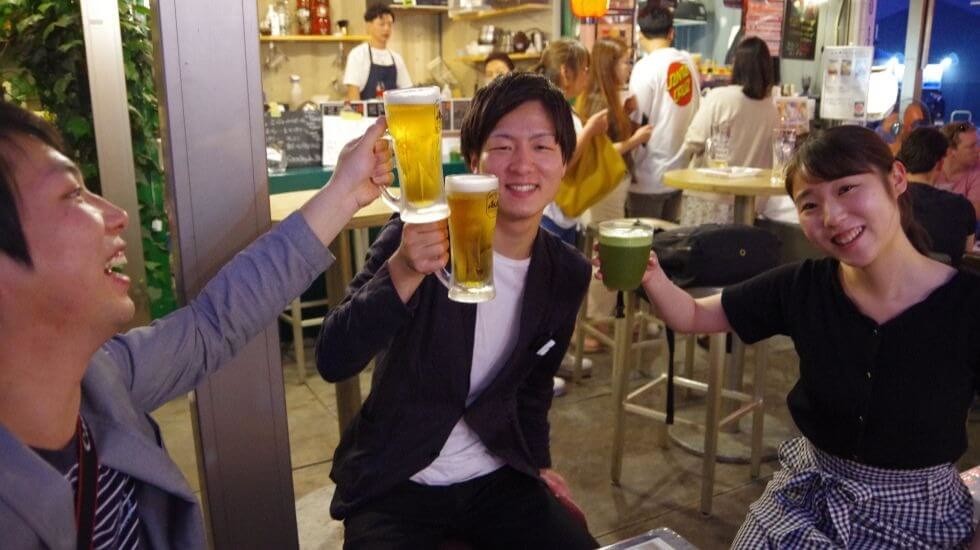 Finally, time for the long-awaited toast! Let the fun begin! 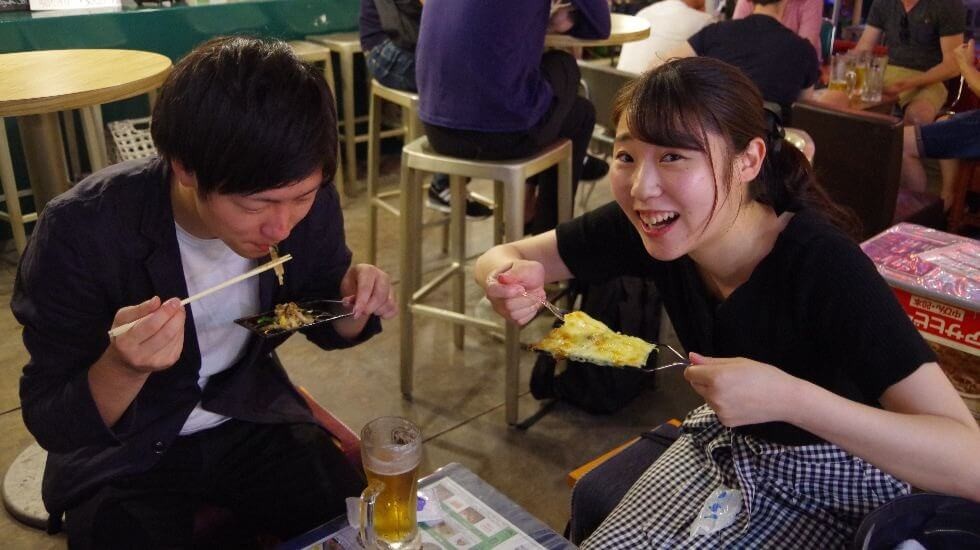 Everything was so good we couldn’t put down our chopsticks!

The drinks also went down a treat with the delicious food. 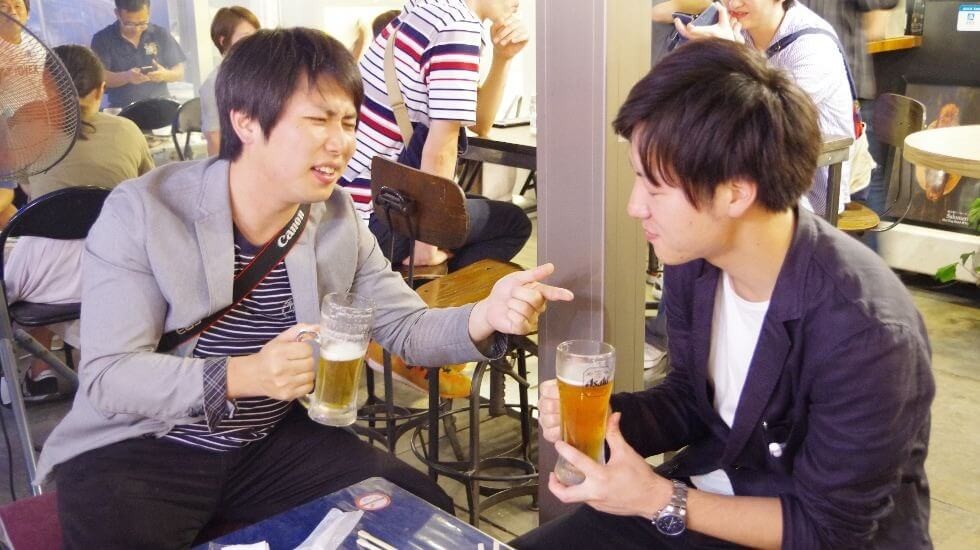 With drinks in hand, the senior writers and I talked about everything, from work to our private lives.

Near the end, I received some much-appreciated advice from the editor-in-chief that made me want to get back on the horse and try even harder! 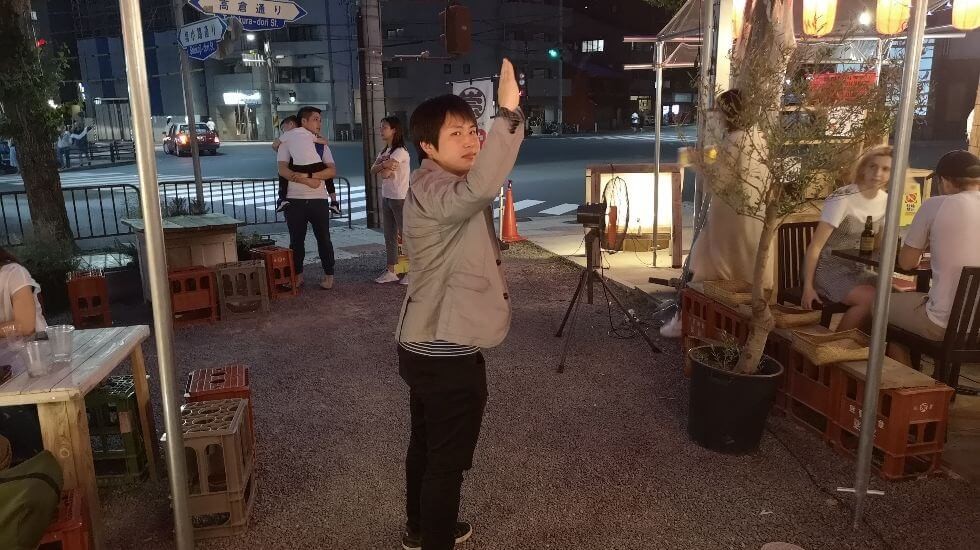 With a dip in the conversation, editor-in-chief Yamasaki gallantly put up his hand and took off home, saying, “Everyone, have fun and get home safe.” What a guy. 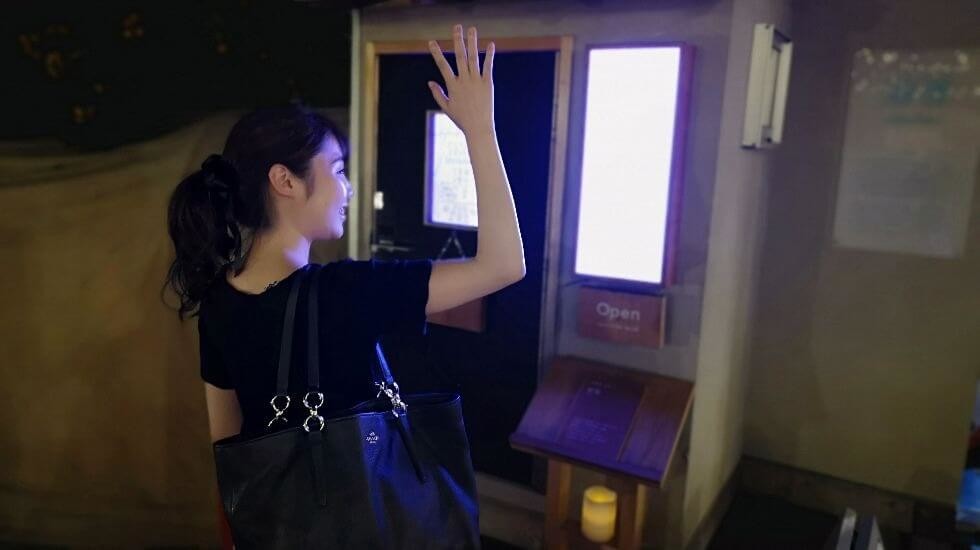 Oppositely, dropping it like an anvil, Abe said, “I’m gonna get my future read” and disappeared into the fortune teller’s hut. We never did find out what she heard in there. 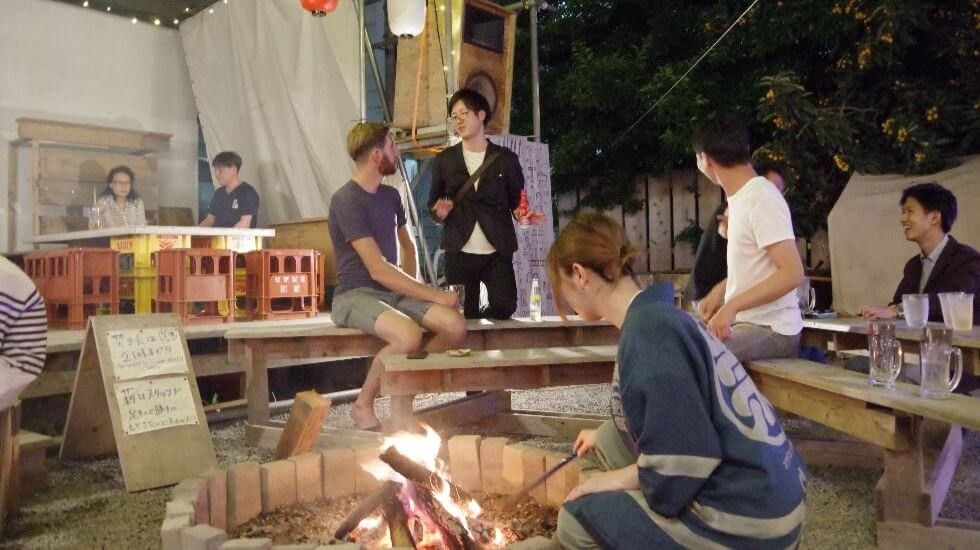 As for me, I headed over to the fire pit I mentioned earlier.

In front of the fire, I talked with a guy I met from overseas about all the great things about our towns. After promising to see where he lives one day, we parted ways. 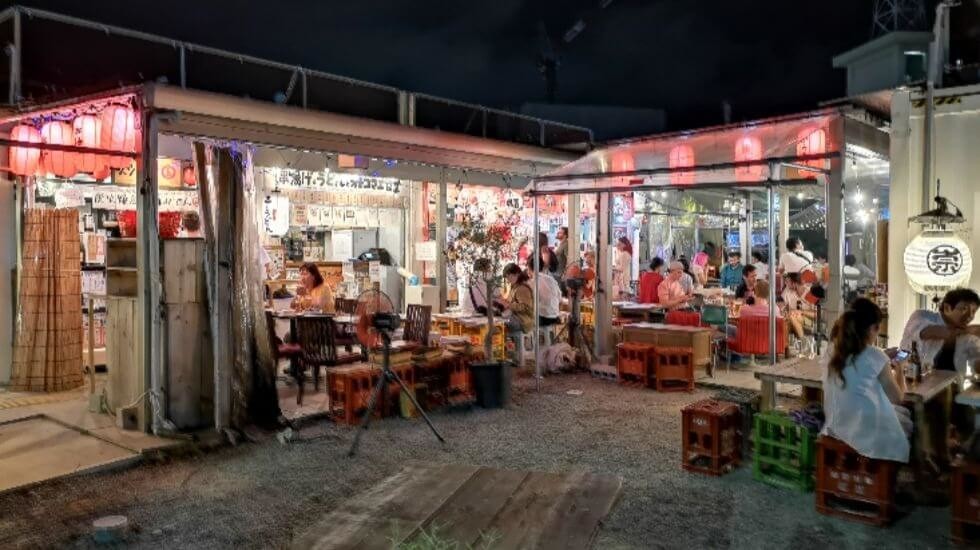 They say time flies when you’re having fun, but, although reluctantly, it was about time to start heading home.

I turned around to take one last look, and it seemed like Sujin Shinmachi’s night of fun and laughter could go on forever.

I came feeling dejected and down in the dumps, but at some point that gloomy, miserable mood turned to a positive one; one that was ready to take on tomorrow and try even harder.

Next time I want to laugh and have a great time, I’ll definitely be coming to Sujin Shinmachi.