We had a great and fun tour with people from all over the world!

We held the first-ever Sharing Kyoto Kaiseki and Temple Tour! I love temples and shrines and often go to them (I also have a ShrineGirl Instagram account too!), but recently I’ve been learning about kaiseki cuisine too, and I want to tell people about how nice it is, so I decided to hold a kaiseki tour! Here’s my report of the tour:

Here you can see how I’ve been learning about kaiseki cuisine: https://sharing-kyoto.com/Blog/b_yumemi-wakuden

It was the first time for us to meet the people participating in the tour, so first, we all introduced ourselves. This time we had four people taking part in the tour, and they were from USA, Hong Kong, Finland, and Portugal. Thank you all for taking part in my tour!

After the introductions, we first headed to Kyoto Wakuden.

Kyoto Wakuden is on the 11th floor of the department store JR Isetan, so it’s really easy to get to! They have a proper English menu here too, so this is a nice restaurant even if you don’t know any Japanese. This time we had the 6,000 yen SUOH course! 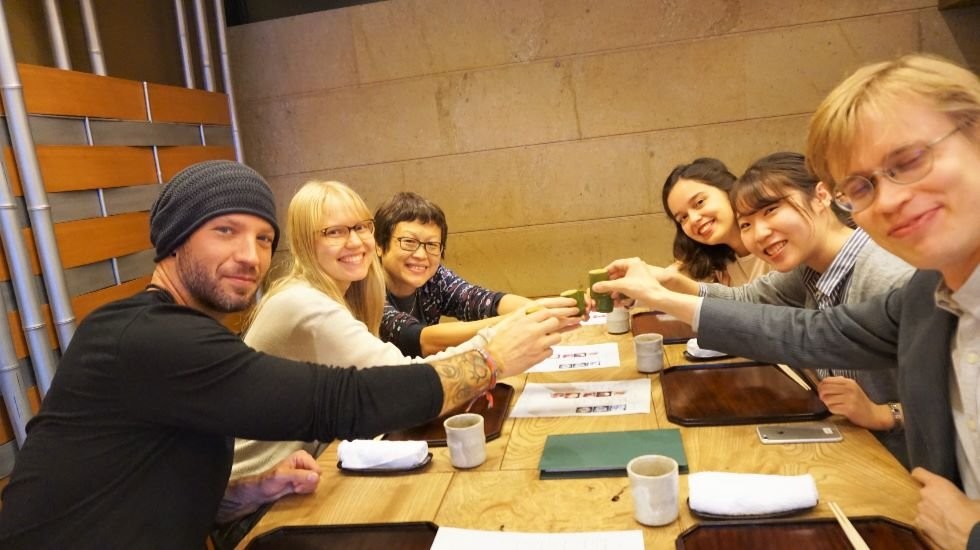 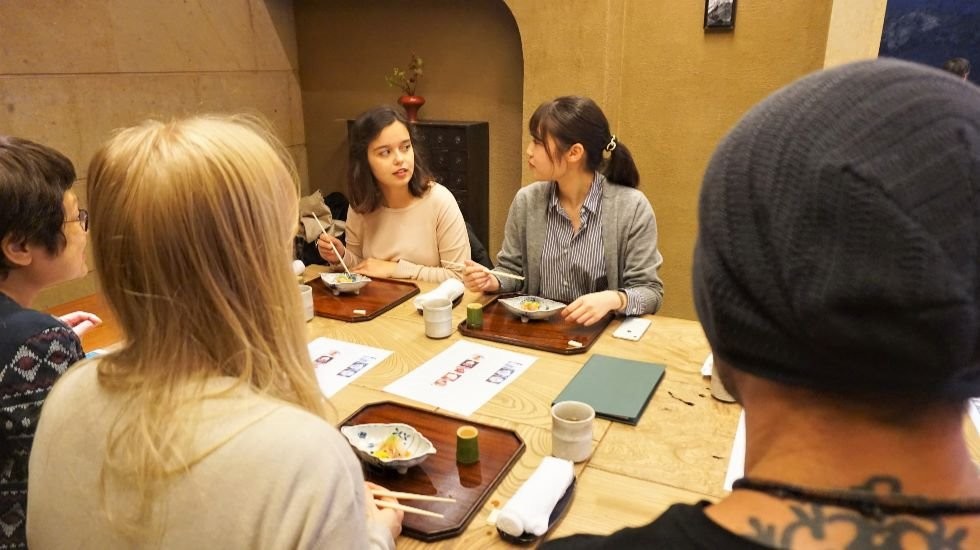 After the kampai, we started eating kaiseki cuisine.

As we were eating, I tried to explain to everyone what kind of cuisine kaiseki is and what is great about it (I hope everyone understood me…).

They all listened carefully to my explanations and asked many questions! I was so happy that everyone was interested in kaiseki cuisine! 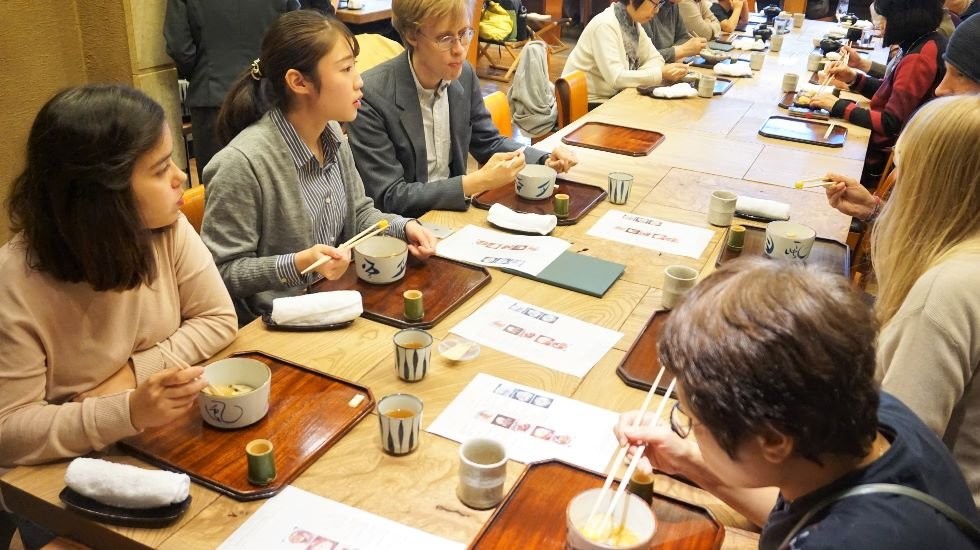 Everyone used chopsticks so skillfully! (They used them even better than I, even though I am Japanese… I need to practice my chopsticks holding skills…)

I was relieved when after the meal I got comments like “It was really tasty!” and “The food was so pretty! Thank you for taking me here!”

After enjoying our kaiseki meal, we headed to Tofuku-ji Temple, a temple of the Rinzai-sect of Zen Buddhism that is famous as a great place to see autumn leaves. It was peak autumn leaves season, so the temple was crowded, but still, we got to go there!

(The American guy had other plans so unfortunately, he couldn’t join us. But I was happy because we got to say goodbye, and as we said goodbye he was smiling to me!) 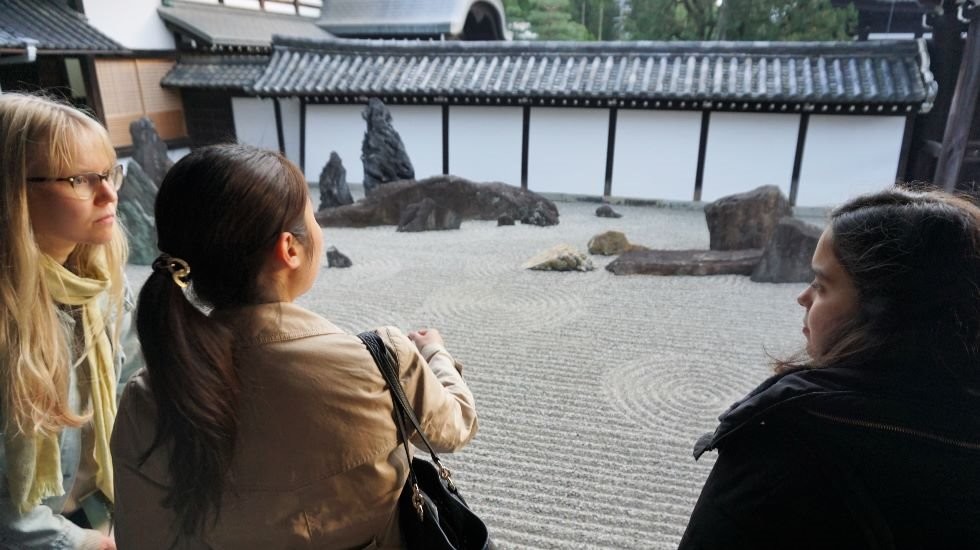 After we got to Tofuku-ji Tempe, we first went to see the famous garden. Here I told everyone about the Zen ideals you can find hidden in the garden.

After telling everyone about those, we took some pictures, looked at the garden some more, and just had fun. 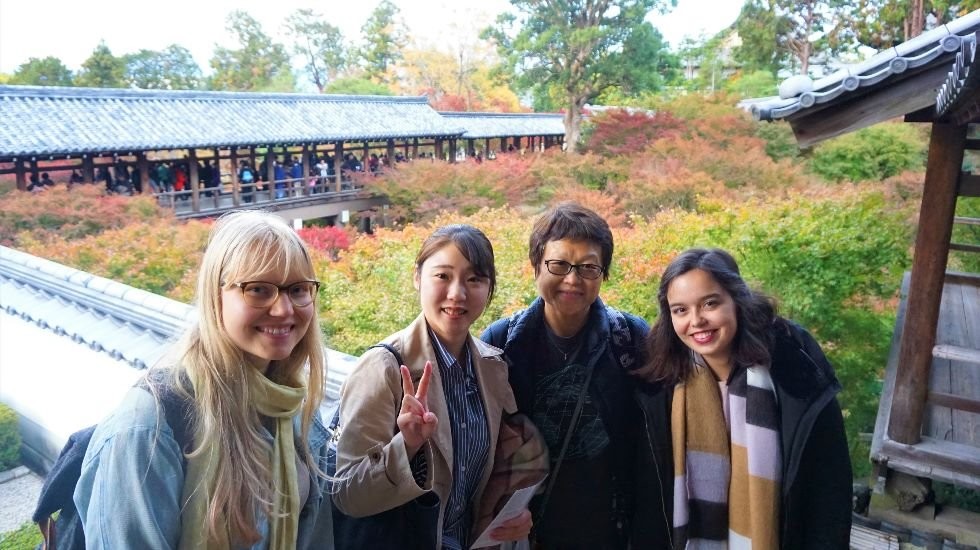 You can take pretty pictures from other places besides the Tsutenkyo Bridge (behind us in the picture) too!

After this, we went to the main hall and the oldest toilet (!) in Japan, which was actually used by the monks of Tofuku-ji, and then lastly, took a photo together. 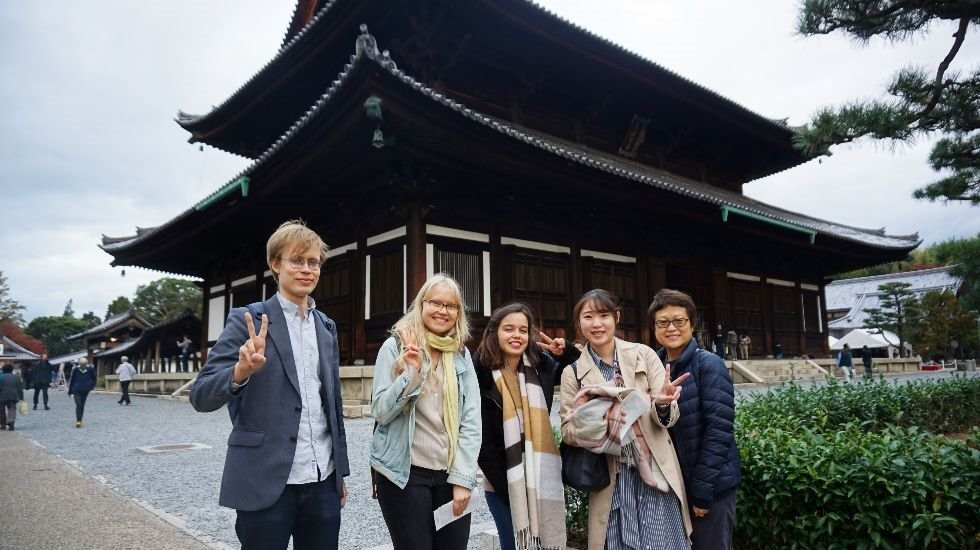 Lastly, we took a photo together, and I even let Sampo, who joined my tour as an interpreter, join in the picture!

Unfortunately, it was cloudy, but we got a nice picture with the main hall behind us!