The splendid Zuiki Matsuri catches the eyes of spectators

The luxurious portable shrines made with colorful vegetables were so pretty all of us at Sharing Kyoto were surprised!

The Zuiki Matsuri Festival is a fall festival held at Kitano Tenmangu Shrine to convey people's gratitude for the abundant grain harvest of that year.

This is a festival with a long history that has been celebrated for over 1,000 years.

It is held yearly for five consecutive days from October 1st to 5th, offering a variety of events such as mikoshi (portable shrine) parades and kencha (tea ceremonies).

This festival has been loved by the local residents for many years, and the locals themselves participate in the mikoshi parades. They are famous for its portable shrines decorated with colorful vegetables and flowers, which in recent years have been attracting many visitors from abroad.

We went to the Zuiki Matsuri Festival to see these beautiful mikoshi parades! 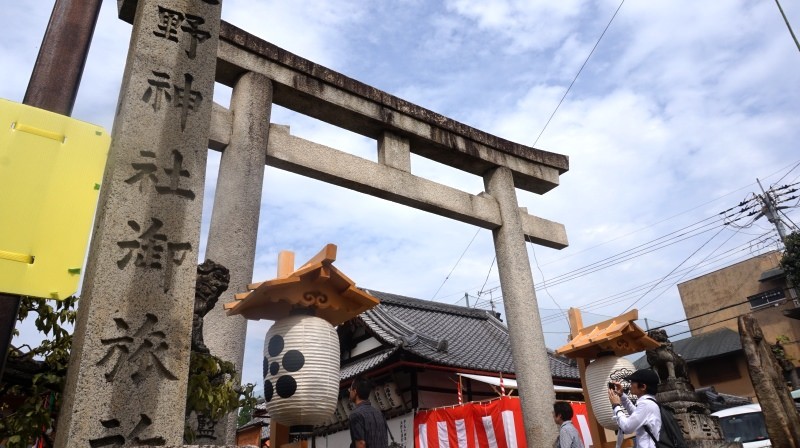 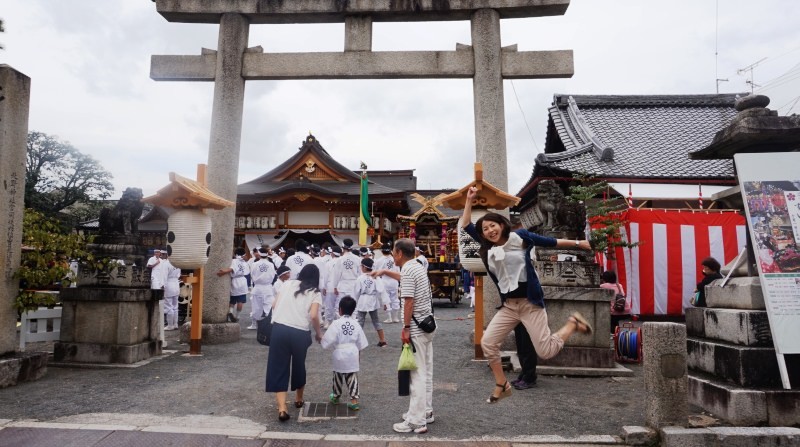 Yoko is back to the Editor’s Report after a long time, and she was full of energy!

Preparations for the festival are steadily under way at the otabisho and the great enthusiasm of the locals is conveyed. 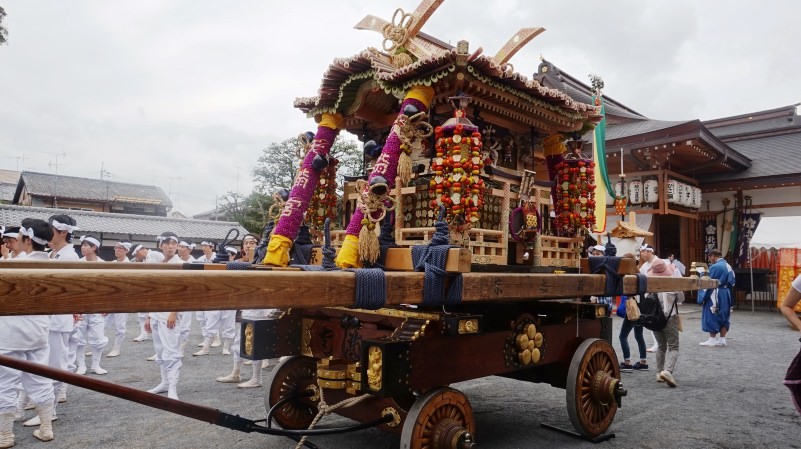 The Zuiki Matsuri Festival is particularly famous for its zuiki mikoshi.

The mikoshi are decorated with vegetables, making them look splendidly colorful.

These vegetables used to be given originally as offerings, but since 400 years ago, they have been used as decorations for the mikoshi. 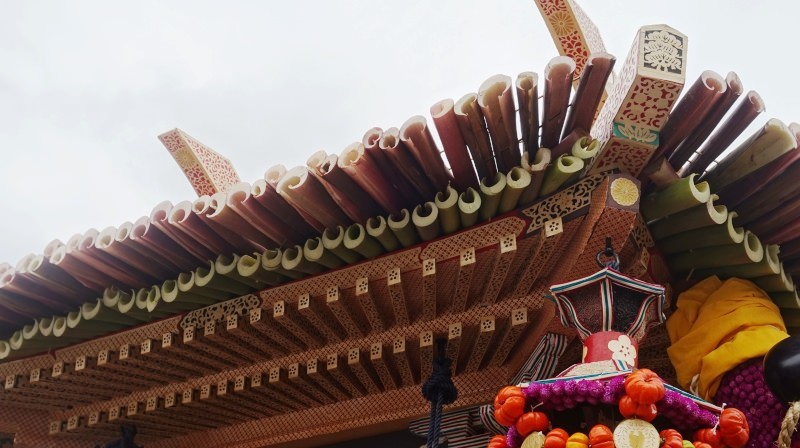 The roofs are all made with taro potato stalks called zuiki! 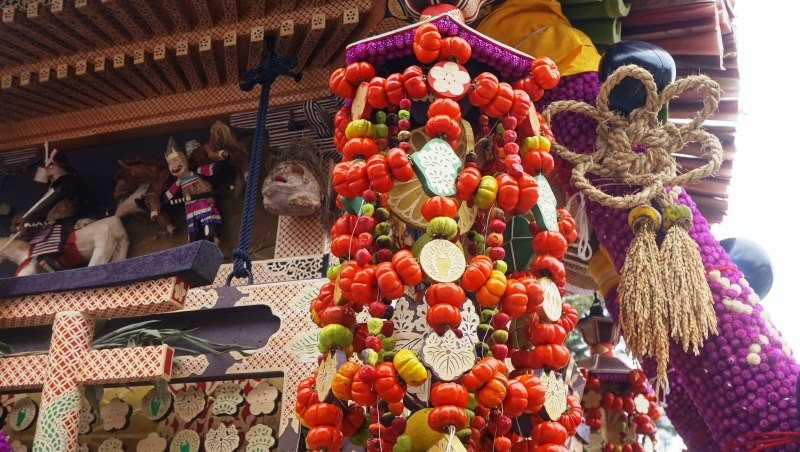 Decorations made with vividly colorful red chili peppers. All other parts of the mikoshi are also fully decorated, so you can stare at them for hours and never get bored! 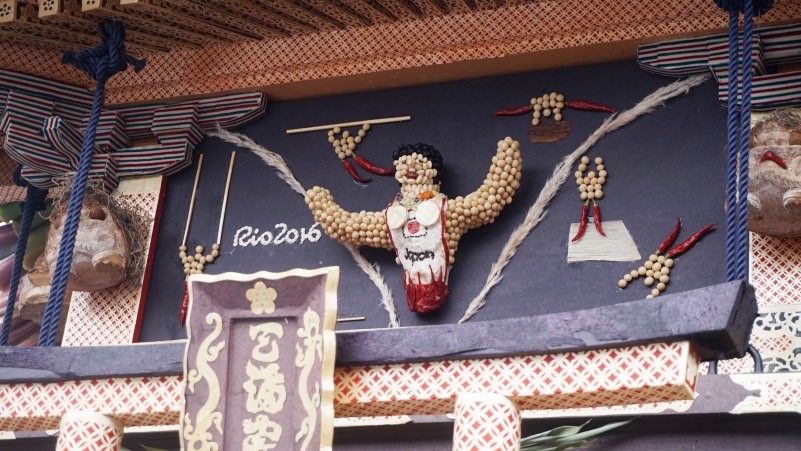 Also, the transom window of the zuiki mikoshi has a topical design of the year. This year it was the Rio Olympics! The people made out of large numbers of soy beans.

In addition, the decorations representing fashionable Japanese events or items this year were seen.

The transom window’s decorations change every year, so apparently there are many people who attend this festival looking forward in particular to that year's theme. 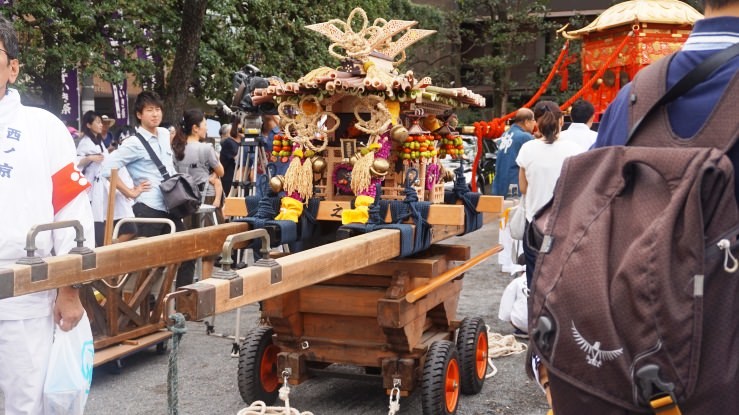 This is a small zuiki mikoshi. It is a children's mikoshi designed to be carried by children. 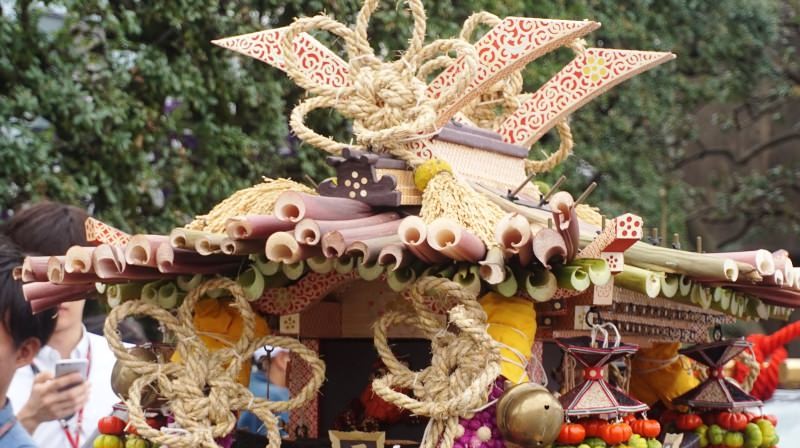 Even though small, it is also properly made with vegetables.

At 12:30pm, they set off from the otabisho toward Kitano Tenmangu Shrine! 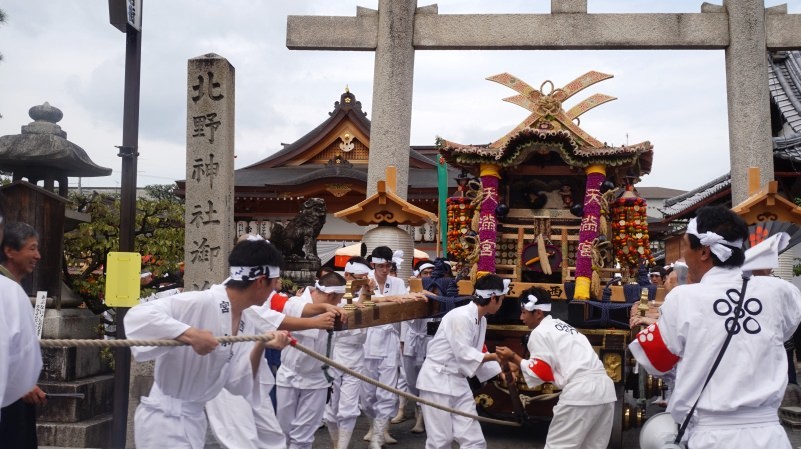 Everyone shouts in unison to change the direction of the mikoshi. The leader calling “Slowly!” many times in a loud voice was quite impressive. 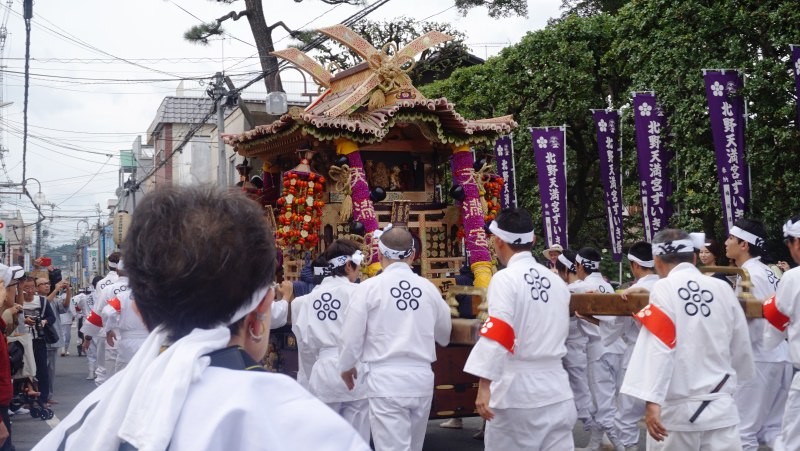 The mikoshi is carried by many men and paraded around the local town with “shan, shan” sound.

They were bigger than we thought, and it looked really powerful at close lange!

Many locals were watching the parade with cameras in hand, and some overseas visitors were also in the audience. 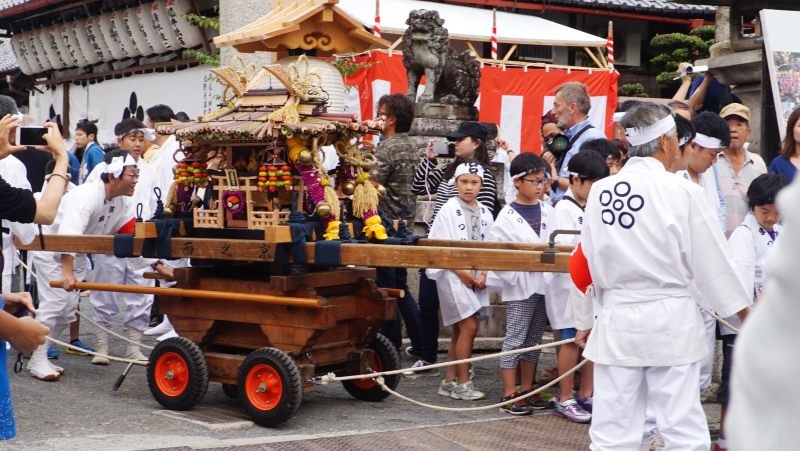 Following the other mikoshi, the children’s mikoshi set off as well! The children looked very really cute as they worked hard to pull the mikoshi. 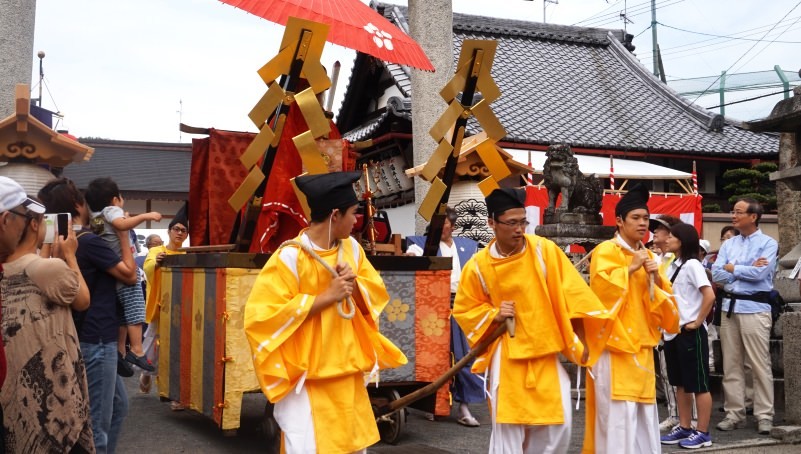 After the mikoshi the procession starts! People dressed in Heian-style costumes pull festival floats similar to those seen at the Gion Festival. 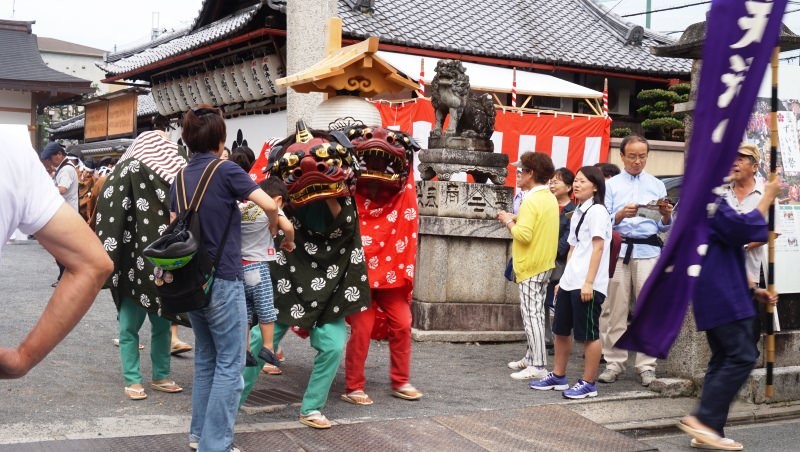 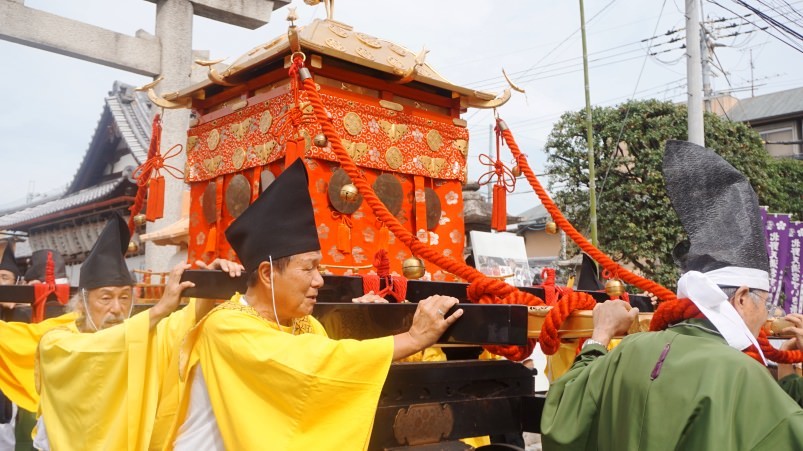 This dazzling box is an imperial carriage known as a houren. In the old days it was used to carry Emperor. At around this point, elegant performance of Japanese court music started. 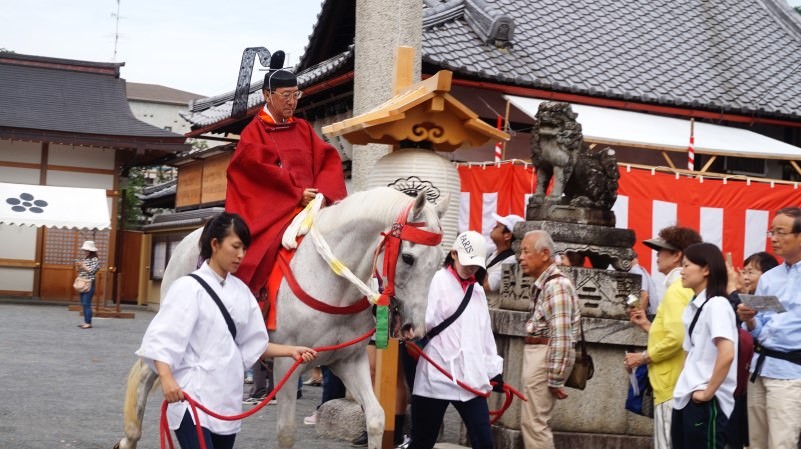 Amazingly, at Zuiki Matsuri Festival you can also see a parade of horses. Seeing a chivalrous white horse walking through the local streets was a wonderful spectacle. 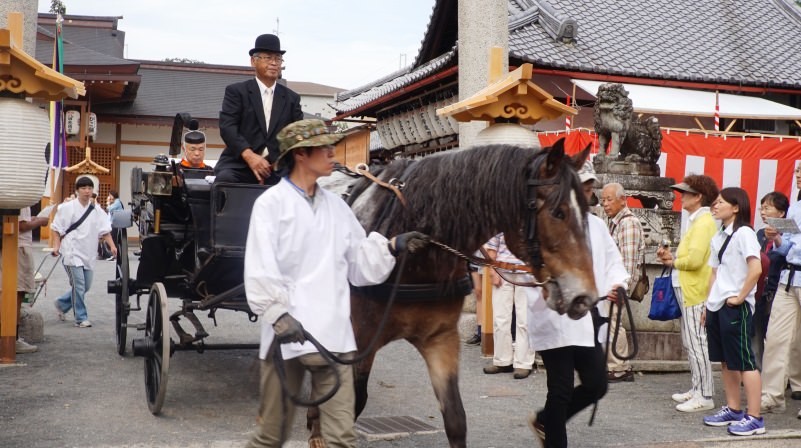 An imperial horse-drawn carriage goes which reminds you Meiji era.

After “Kanko-sai” festival parade, the mikoshi and processions take their route going back to Kitano Tenmangu Shrine. On the way, they go past the district of Kamishichiken, so you may see the maiko (apprentice geisha) watching the parade there.

After enjoying the wonderful parade, Yoko and Erika returned to Kitano Tenmangu Shrine. 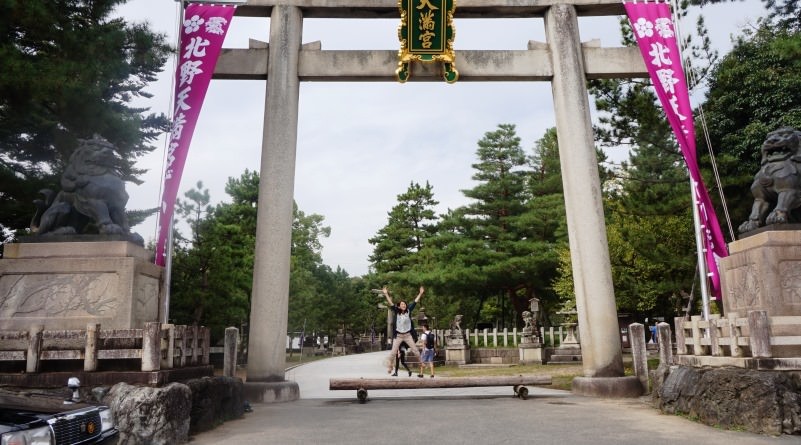 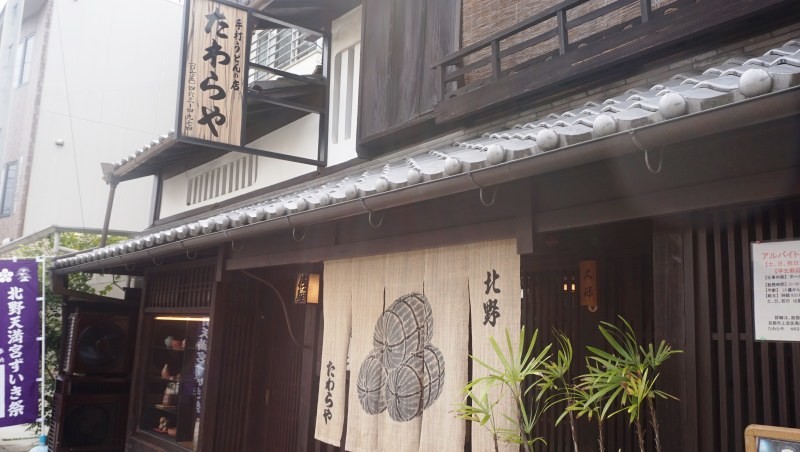 We were off to lunch! We were at a delicious udon noodle restaurant called Tawaraya , located at 2 minutes’ walk from Kitano Tenmangu Shrine. 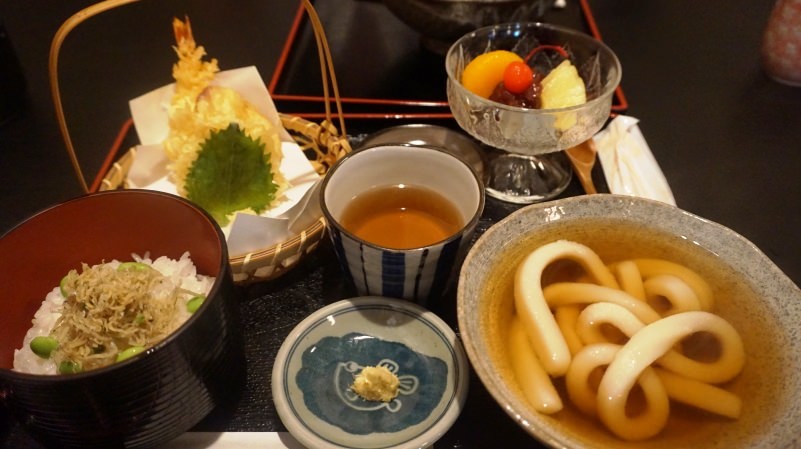 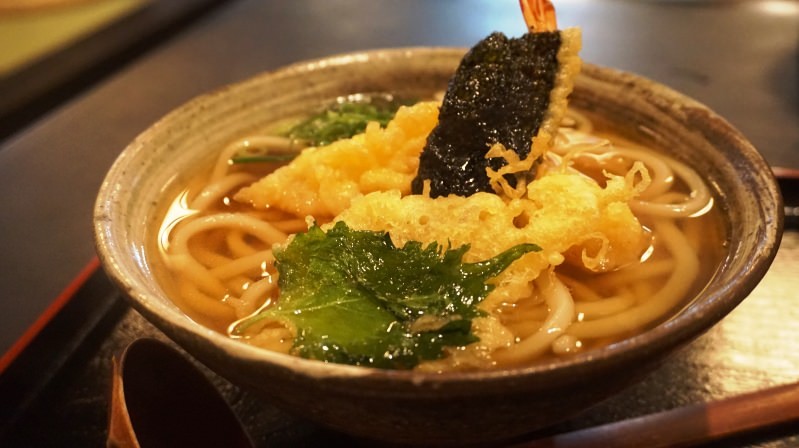 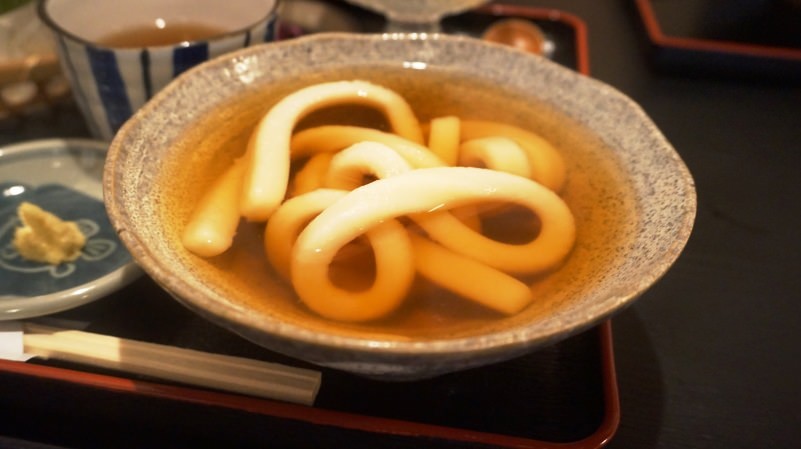 This is the famous Tawaraya udon noodles. Surprisingly, the bowl only has one very thick noodle! It was very chewy. The soup had a slightly strong flavour — simply delicious! 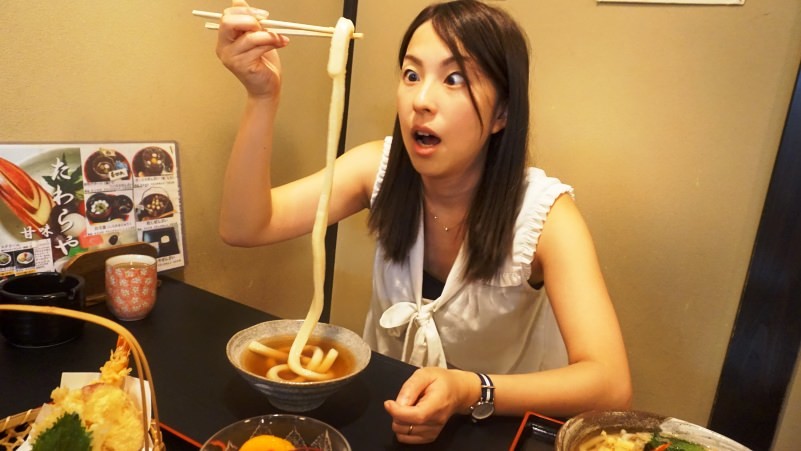 Yoko was amazed at the thickness and length of the noodle. 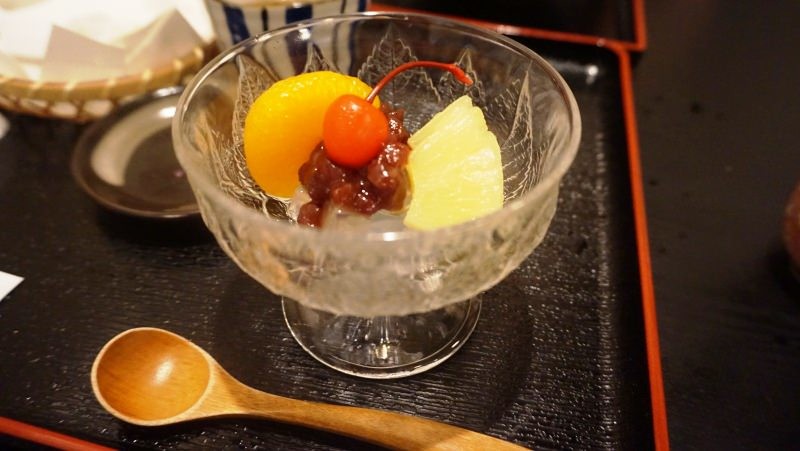 Enjoyed anmitsu after the meal! 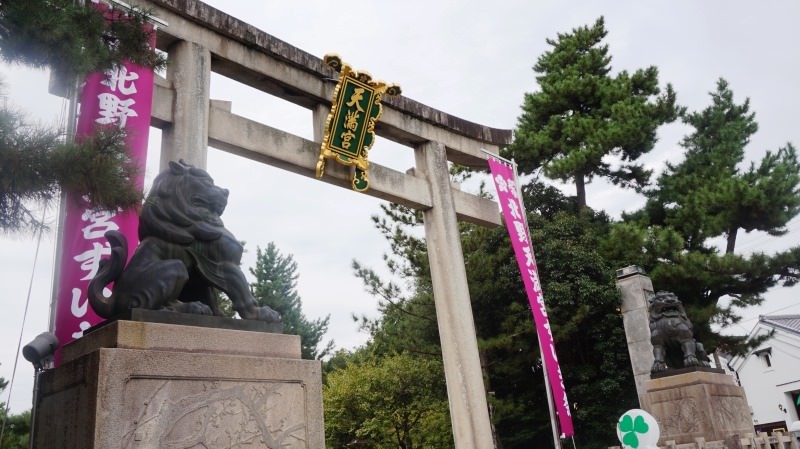 Even more than the impressive zuiki mikoshi, what particularly warmed my heart in this event was the great teamwork shown by the locals to make the festival into a great success.

The Zuiki Matsuri is a famous fall festival in Kyoto. We hope you can come to see it when visiting in fall!