Going to Arashiyama? Remember to check Sharing Kyoto before your trip as we have a list of the best events for the area of Arashiyama!

Arashiyama is an area of Kyoto almost every traveler visits when they come to the ancient capital. In fact, I think many people think of the Bamboo Grove of Arashiyama when they hear the word Kyoto. So ingrained is the image of those bamboos in our minds.

But a lot also happens in Arashiyama during the year, so why not take a look and maybe consider planning your trip to Kyoto around one of these events. 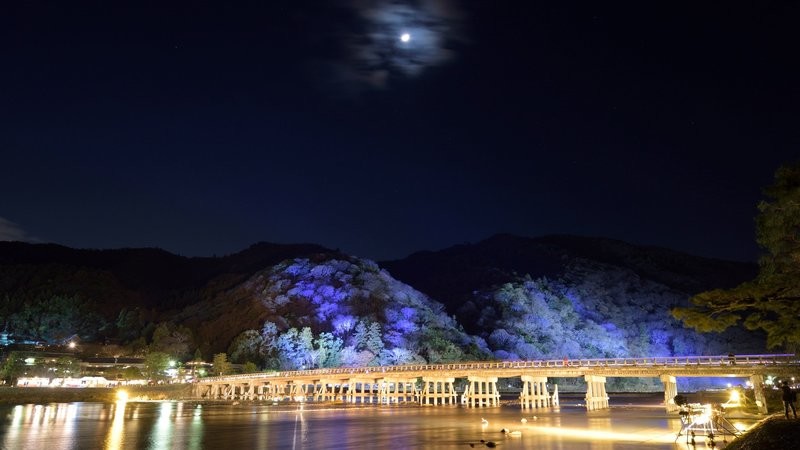 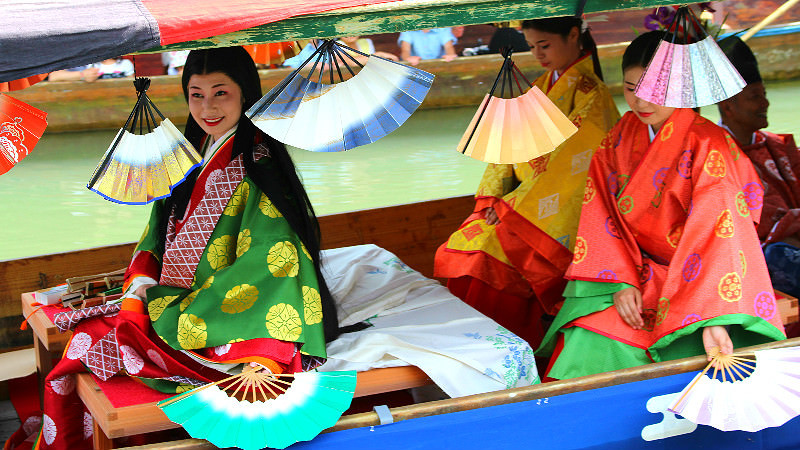 This event held in Kurumazaki Shrine is a chance to see what kind of a boat parade they used to have for the emperor in this part of Japan. A woman is chosen to be the author of The Pillow Book, Sei Shonagon, and she ten sits on a colorfully decorated boat and goes down the river.

There are around 20 boats, and besides Sei Shonagon there are also musicians and dancers on the boats. The river is held every year on the third Sunday of May, so if you happen to be in Japan during that time we hope you will take some time to see this colorful event. 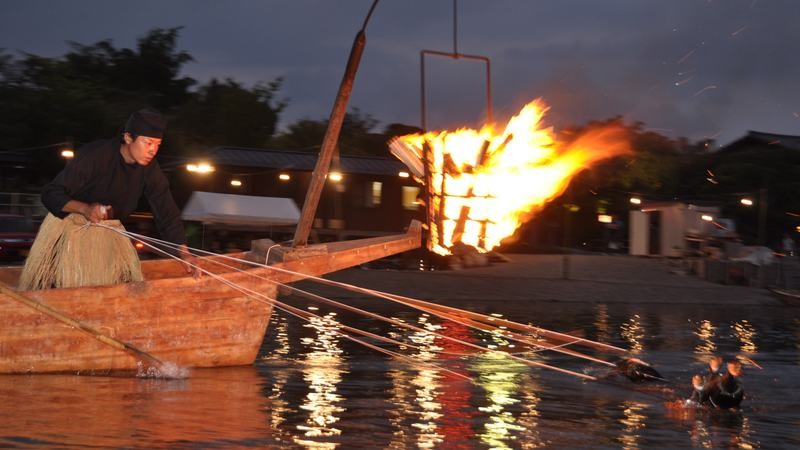 Cormorant fishing is an old way of fishing where cormorant birds are used to catch the fish. This ancient way of fishing is no more used as a way of livelihood, but it’s mainly an event and a sight for people to experience. Some people even say fish caught by the birds taste fresher.

This event takes place in Arashiyama from July to September, and it’s a sight, especially with the huge fire hanging from the front of the boat which lights the scene for the people on the boat, the birds, and for us onlookers too. 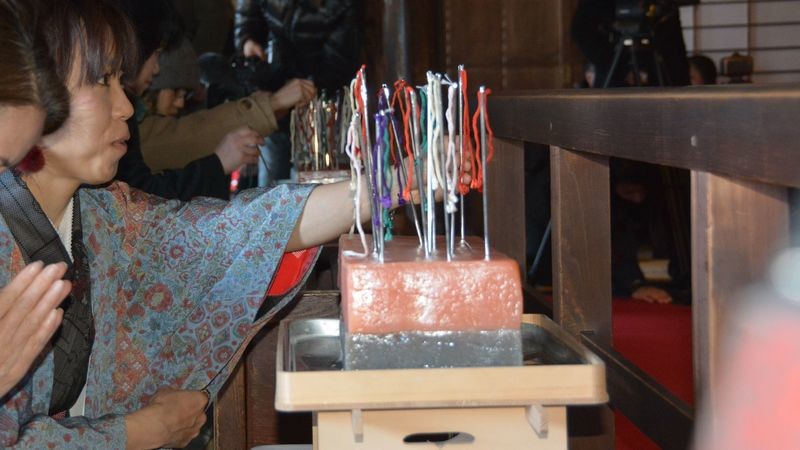 4. Hari Kuyo at Horin-ji Temple
Hari Kuyo is a ritual held in Japan as a memorial service for old needles. In this festival old needles are stuck into tofu or jelly and then prayed for. It is believed that the worries of the women weaving pass on into the needles, and by putting these needles in the jelly the women are then freed of these worries.
Horin-ji’s ritual is special because at Horin-ji they also hold a memorial for the needles used by the imperial family. You can also watch the Buddhist sermon where they read a sutra for the needles, and there is also a dance by four women dressed in Nara period clothing.
Read More
Arashiyama is a great place to go all through the year, but my favorite event in Arashiyama is the Hanatoro one, I just find that Arashiyama is even more interesting at night. Though to really get Arashiyama, of course, you need to first go when there it’s still bright outside. So how about a combination of Mifune Festival with Arashiyama Hanatoro? Though to see both you need to come to Kyoto twice!
Related keywords
All Things To Do arashiyama area Recommended Events Arashiyama & Sagano
New Articles
Mysterious night illumination events in Kyoto in autumn!
All Kyoto Area
Recommended autumn events in Kyoto!
All Kyoto Area
Kyoto’s Jidai Matsuri – Festival of the Ages
All Kyoto Area
View All New Articles
Recently Picked Up Articles
The most interesting temple flea markets of Kyoto
Central Kyoto Area
831
Three biggest festivals of Kyoto
Central Kyoto Area
506
Top 5 most popular events in Kyoto by Sharing Kyoto readers
All Kyoto Area
3
Sharing Worlds with 20 Slides × 20 Seconds – Pechakucha Night Kyoto
All Kyoto Area
0
Feature Articles
Kyoto Oden Guide – From Classics to the Unconventional
Kyoto's World Heritage Level Autumn Leaves – What’s Your Plans? Kyoto Autumn Feature
Share
×
Share
Share
Tweet