Erika tells you about the three night cherry blossom events in Kyoto she likes the best!

The flower most people associate with Kyoto has to be cherry blossoms, and while they are pretty at day, you can’t leave out viewing them at night. The cherry blossoms illuminated at night look mysterious in their own right but combined with the temples of Kyoto, the scenery makes you feel a deeper appreciation of this ancient capital. In this article, you will find three favorite events of Sharing Kyoto writer Erika! 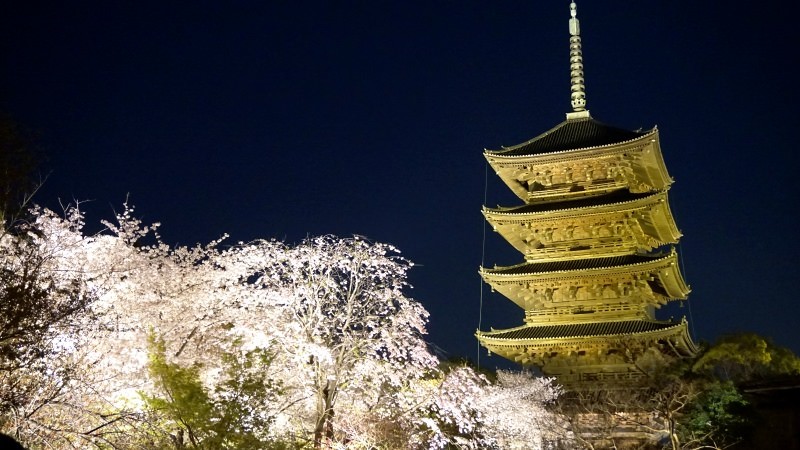 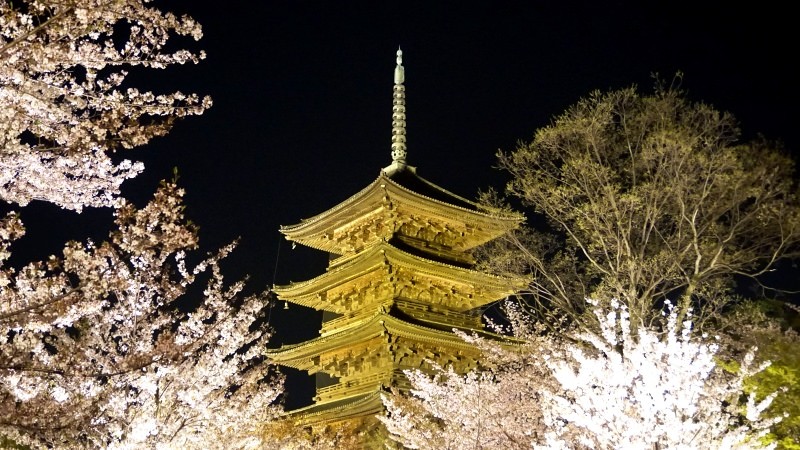 The gold of the Five-storied Pagoda glistening in the lights among the cherry blossoms is something so picturesque it has to be seen. 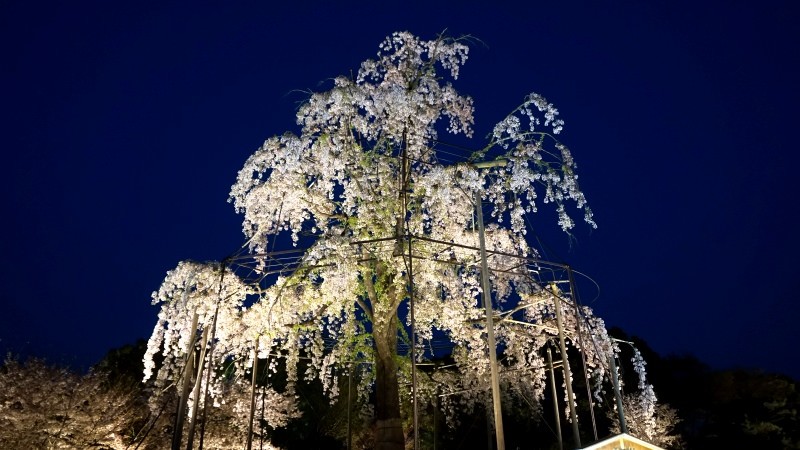 This 130-year-old weeping cherry tree of To-ji Temple also gets illuminated in soft light. The temple is close from Kyoto Station, so it’s easy to access and so, of course, gets my recommendation.

Event time : From the latter half of March to the middle part of April.

At the World Heritage Site of Nijo Castle they hold night illumination events every year during the cherry blossoms season, but when we went there in 2017, they had some new attractions like 3D projection mapping shows. 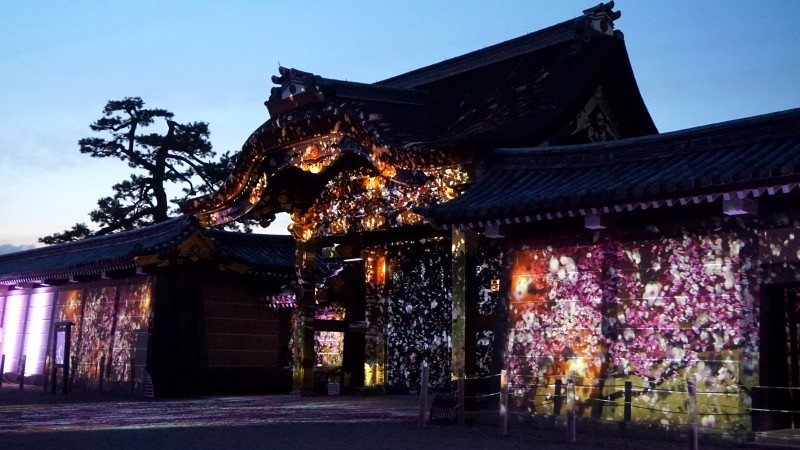 In the projection mapping at the Karamon Gate, the petals of cherry blossoms were dancing a mysterious dance. 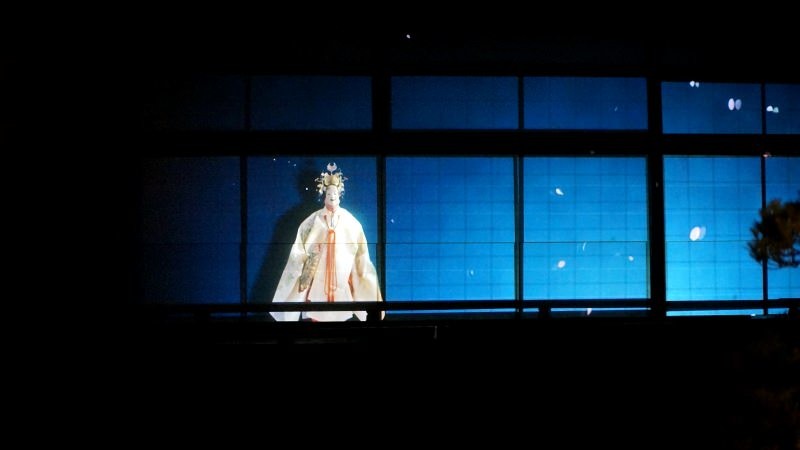 The projection mapping show in the garden used the Japanese musical drama of “Noh” as inspiration, and the quiet story quite different from the one at the Karamon Gate was something you couldn’t stop watching. 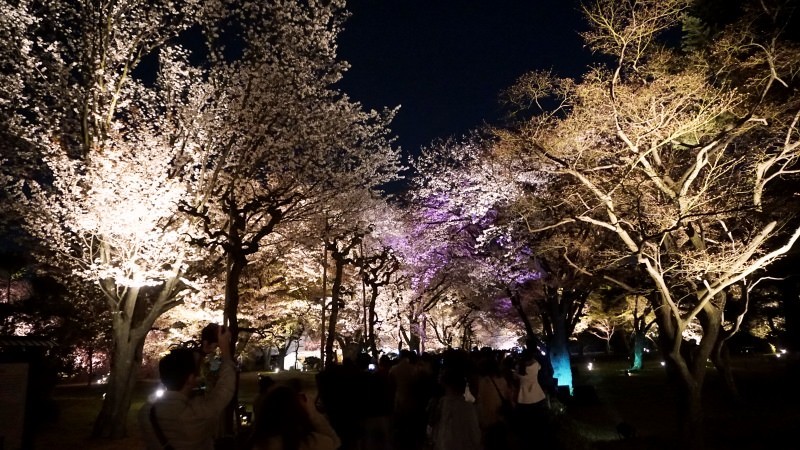 The highlight of the illumination event at Nijo Castle has to be the variety: there are 50 types of cherry trees and around 400 trees in total at the castle. I’m sure the illumination will become an unforgettable memory.

Event time : From the end of March to the middle part of April. 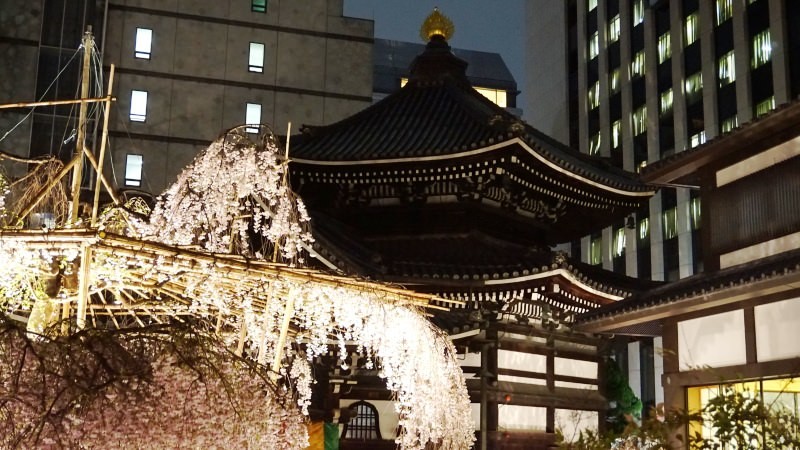 This temple, known as the birthplace of ikebana, is located in the middle of the office towers of Karasuma in Kyoto. In April 2017, they had a special event where the main hall of the temple, the cherry trees, and the ikebana flowers exhibited at the temple were illuminated at night. 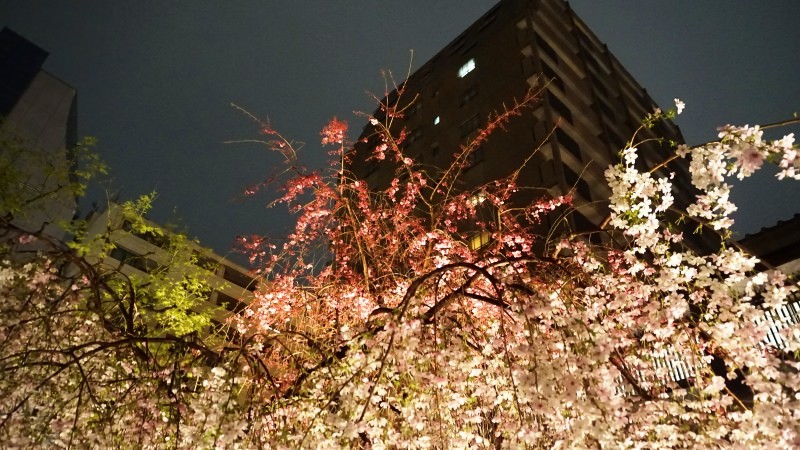 The thing that makes Rokkaku-do stand out among all the other temples is the contrast between the cherry blossoms and the office towers in the background. The cityscape and the historic temple look surprisingly good together. 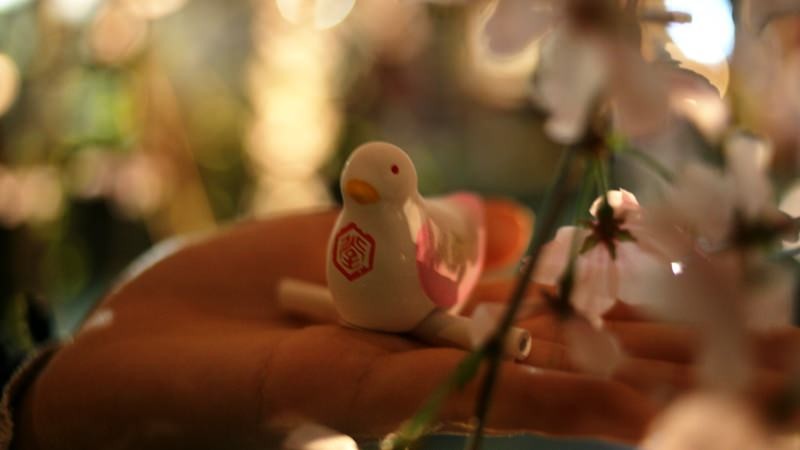 Event time : From the end of March to the beginning of April.

At Kyoto, the capital of a thousand years, you get to see the night cherry blossoms and historic sites like temples together, making the experience quintessentially Japanese. The cherry blossoms at night are a representation of “Wa,” the Japanese spirit, and as such are something you have to see.
Related keywords
See Central Kyoto Area
New Articles
Recommended autumn events in Kyoto!
All Kyoto Area
Guide to Tackling the Arashiyama Kangetsu no Yube: Full Moon Viewing
Arashiyama & Sagano
Information on the Gozan-no-Okuribi Festival in Kyoto in 2021
Downtown
View All New Articles
Feature Articles
Kyoto Oden Guide 2019 – From Classics to the Unconventional
Kyoto's World Heritage Level Autumn Leaves – What’s Your Plans? 2019 Kyoto Autumn Feature
Share
×
Share
Share
Tweet