We checked out the yearly festival of Gozan no Okuribi

Singeing itself into the night sky of Kyoto summers, the famous Gozan no Okuribi festival stands among the ranks of Aoi Matsuri, Gion Matsuri, and Jidai Matsuri as one of Kyoto’s four major festivals.

Every year on August 16, the five mountains that surround Kyoto city are set ablaze, sending the spirits of the deceased, called shorai, to the afterlife.

The schedule is as follows:

This year, the Sharing Kyoto team split up and ventured out to take photos of all six characters.

In this article, we’ll introduce you to the best spots for viewing these magnificent and commanding bonfires. 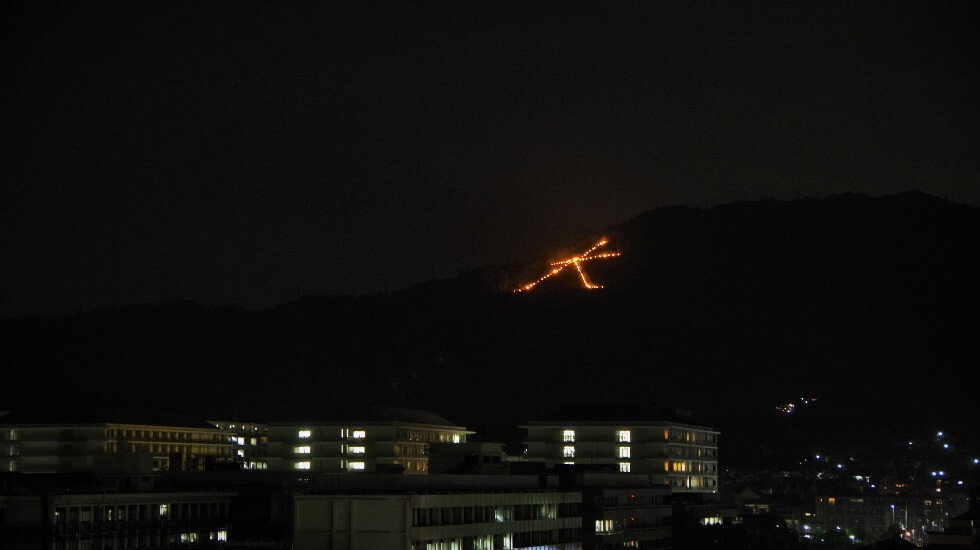 Daimonji is the first fire to be lit out of the six Gozan no Okuribi fires.

It’s believed that the Buddhist monk Kukai Kōbō-Daishi started the Okuribi memorial service and a small temple dedicated to Kukai called Daishido was built on the mountain.

The name Daimonji and character on the mountainside were chosen because of the double 大 that came from having Kōbō-Daishi (大師) and Daishido (大師堂) together. 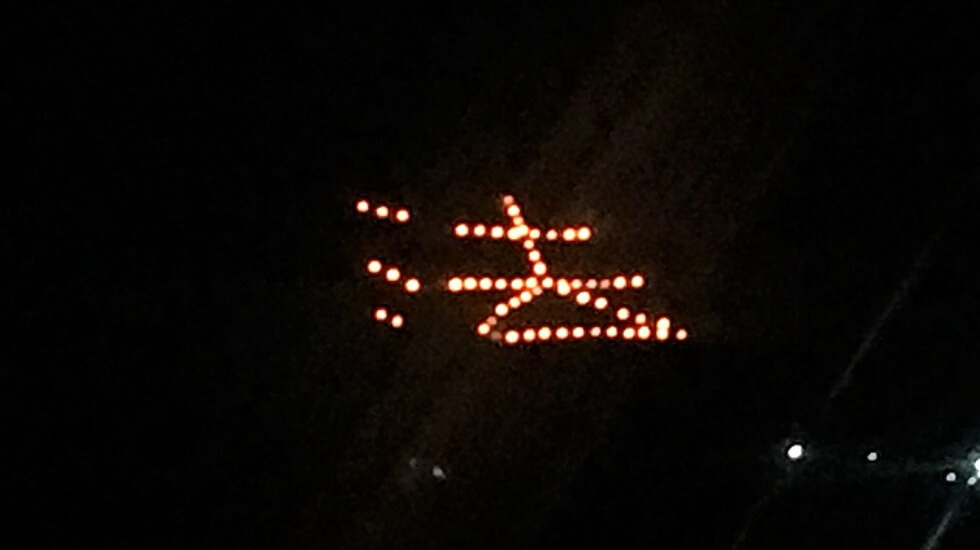 While Myō and Hō are on two separate mountains, they are considered one mountain and one character.

According to the history of the Yusen-ji Temple, the people of the Matsugasaki Village converted to Nichiren Buddhism and began using the Namu Myōhō Renge Kyō mantra. The origins of the two characters used on the mountainside lie within this name, Myōhō Renge Kyō, which is the Japanese name for the Lotus Sutra. 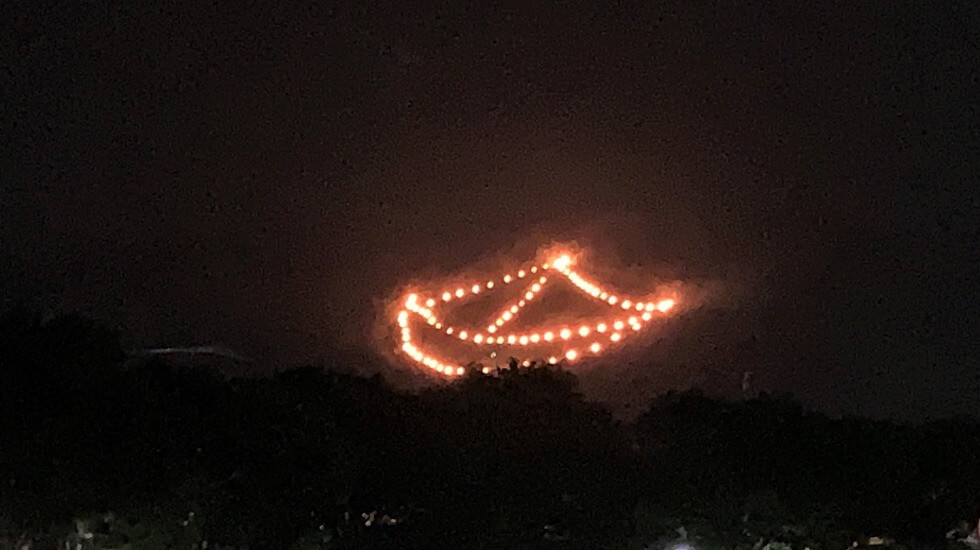 This boat-shaped character represents the boat that takes the spirits to the afterlife. It is also believed that the bow of the boat is facing west toward the western pure land of Mahayana Buddhism. 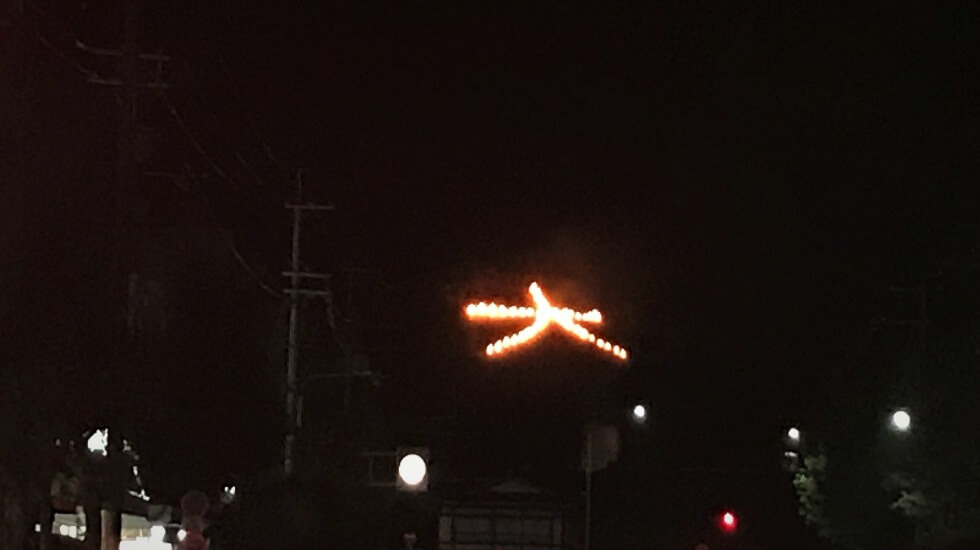 - Kitanohakubaicho Station on the Randen Line

Hidari Daimonji is said to have begun sometime during the Edo Period; however, details around its origins are sadly unknown. 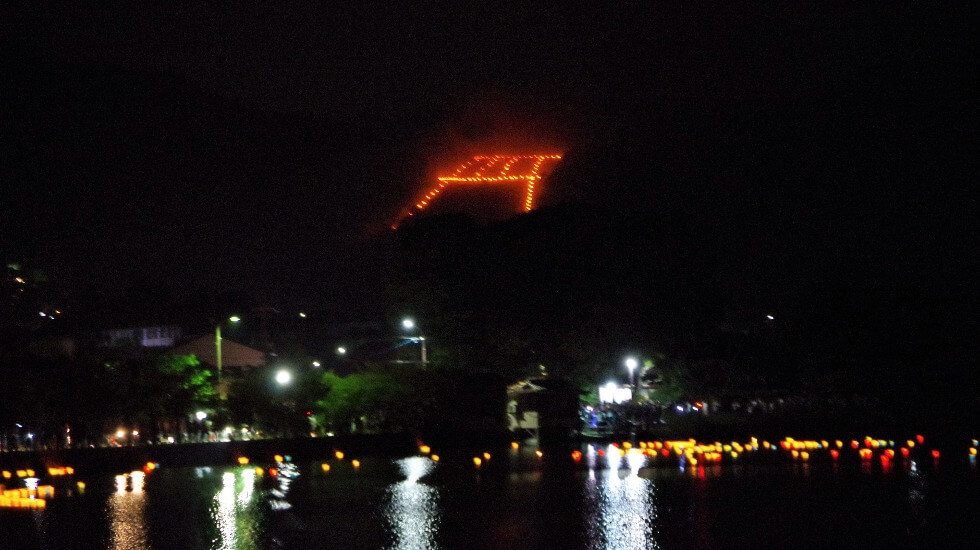 - Matsunoo-taisha stop on the Raiden Tram

Found on a west Kyoto mountainside, this fire shaped like a torii Shinto shrine gate is said to have its origins in the gate to the Atago Shrine. The shape of the bonfire is said to represent the divinity of the Atago Shrine and protect Kyoto from disasters.

It gets very hot while you’re waiting for the fires to start, so please do not forget to hydrate.

It gets very dark, and you might lose your footing, so we recommend, especially to those with children, to bring a light.

Parks and dark areas are infested with bugs, so we recommend making sure you have bug spray with you.

For the time that they burn themselves into the night sky, these mountainside characters transform the entire atmosphere of the ancient city. Each character holds its own significance, origin story, and traditional ceremonies and events that surround it, so this festival is one that, year after year, touches the hearts of not only Japanese locals, but those visiting from overseas too. As this festival is held only once a year, we highly, highly recommend seeing it for yourself if you have the chance.
Related keywords
All Things To Do See Cultural Experience Scenery Summer All Kyoto Area
New Articles
Recommended autumn events in Kyoto!
All Kyoto Area
5 events in Kyoto where you get to see geisha
Central Kyoto Area
The 3 absolute must-go night cherry blossom illumination events in Kyoto!
Central Kyoto Area
View All New Articles
Recently Picked Up Articles
Kyoto Gojozaka Pottery Festival – Plenty of Pretty Plates
Central Kyoto Area
34
Kyoto’s summer festivals! Top traditional festivals in July
All Kyoto Area
8
The 4 Best Restaurants around the Kyo-no-Tanabata Festival!
All Kyoto Area
3
Ways to Enjoy the Mitarashi Festival
All Kyoto Area
3
Up for some ice-cold beverages? Summers in Kyoto may be hot, but these five early-summer events are extremely refreshing!
All Kyoto Area
0
Feature Articles
Kyoto Oden Guide – From Classics to the Unconventional
Kyoto's World Heritage Level Autumn Leaves – What’s Your Plans? Kyoto Autumn Feature
Share
×
Share
Share
Tweet