The calligraphic temple stamps you can receive at shrines and temples are great souvenirs. Here are the 5 most popular temple stamps in Kyoto!

Have you seen Japanese tourists lining up at shrines and temples with something like a notebook on their hands?

They are lining up for the goshuin of that temple. In other words, temple stamps, also known as temple seals.

In order for you to receive a goshuin, you have to have a goshuin-cho, in which the temple stamps are pressed and the calligraphic messages written. 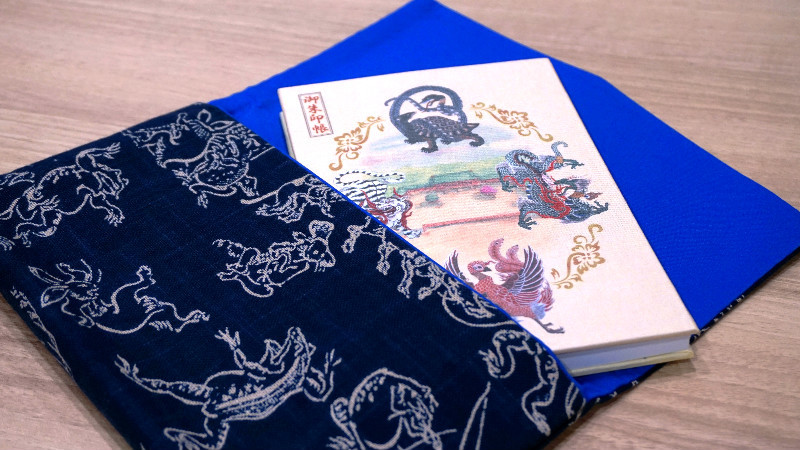 In the picture you can see the goshuin-cho I bought at Heian Shrine and my Chojugiga (Scrolls of Frolicking Animals) goshuin-cho cover. Cool!

You can buy your own goshuin-cho temple stamp books at temples, shrines, and souvenir shops. 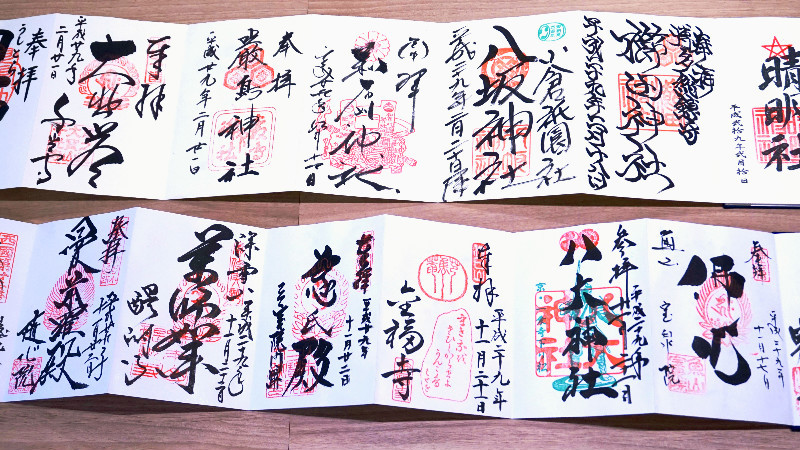 Like in the picture, most goshuin-cho books are in the accordion style, and you have the temple and shrine stamps each on a one page. One goshuin stamp usually costs 300 yen. 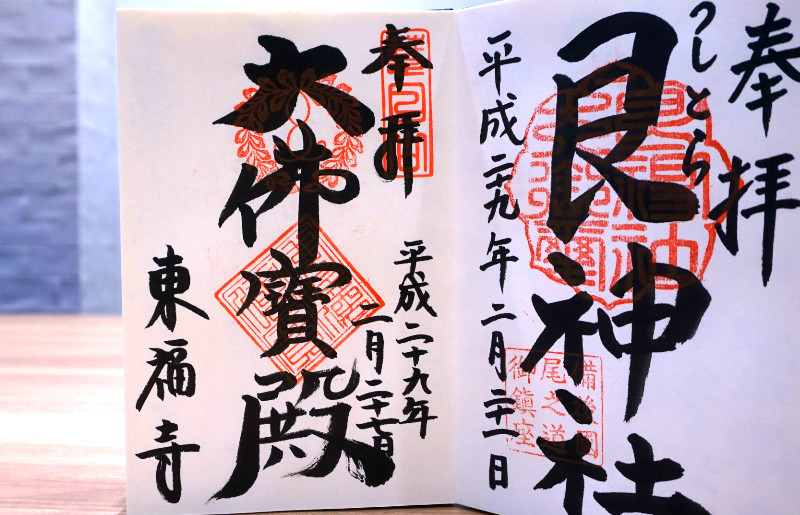 I won’t bore with all the details about what’s written on a goshuin, but on the case of shrines the name of the temple is usually in the middle, and if we’re talking of temples usually on the left side.

The goshuin in the picture are as follow: left, Tofuku-ji Temple (Kyoto) and right, Ushitora Shrine in Yamaguchi Prefecture. 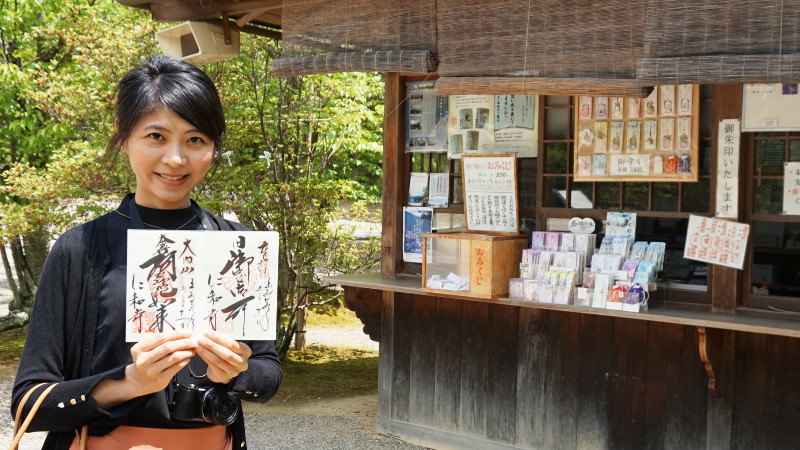 There is a usually a place at the temples and shrines where you can get a temple stamp, so take your goshuin-cho there, give it to the staff, pay, and receive your goshuin. Here you can see Vanessa smiling after receiving her goshuin.

Below you can see my favorite Kyoto goshuins, and you can believe me; I’ve been to most of the temples and shrines of Kyoto for work here at Sharing Kyoto! 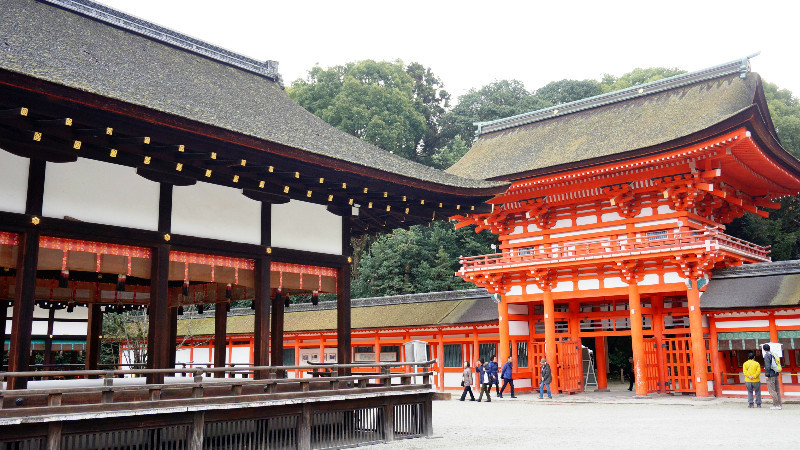 First, one of the oldest shrines in Kyoto, Shimogamo Shrine. The shrine is very stately and its surrounded by the primordial forest known as Tadasu no Mori. 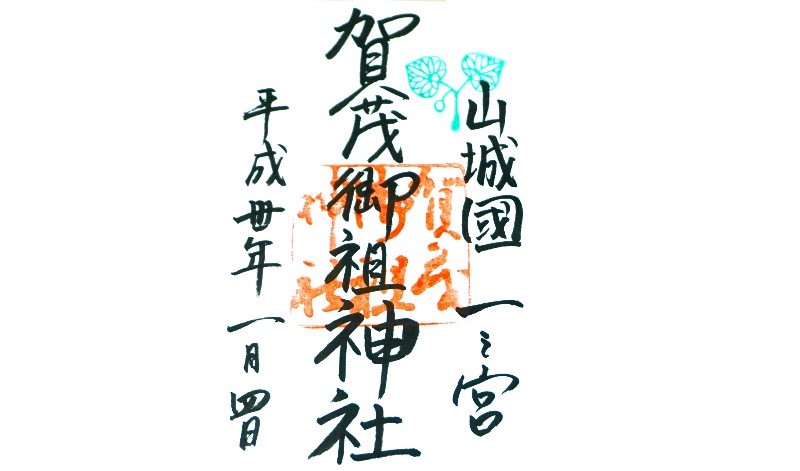 The quality of their calligraphy is very high, and you should also note the pair of leaves on the top-right. 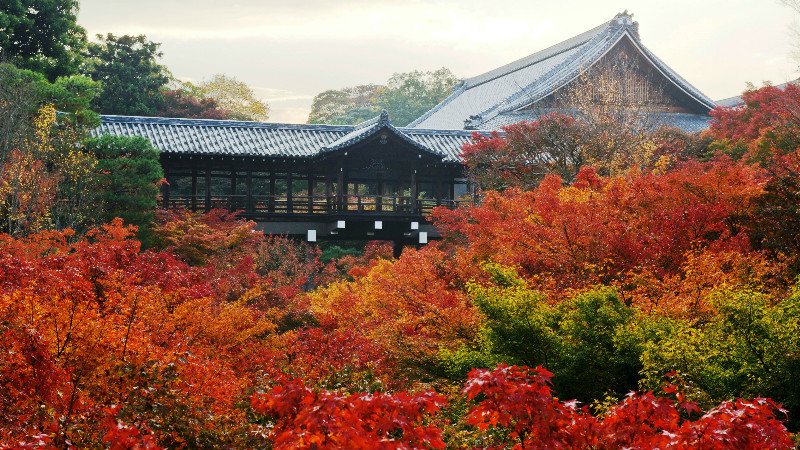 Tofukuji_Temple is famous as a place to view the autumn leaves. It’s one of the most popular destinations in Kyoto for it. 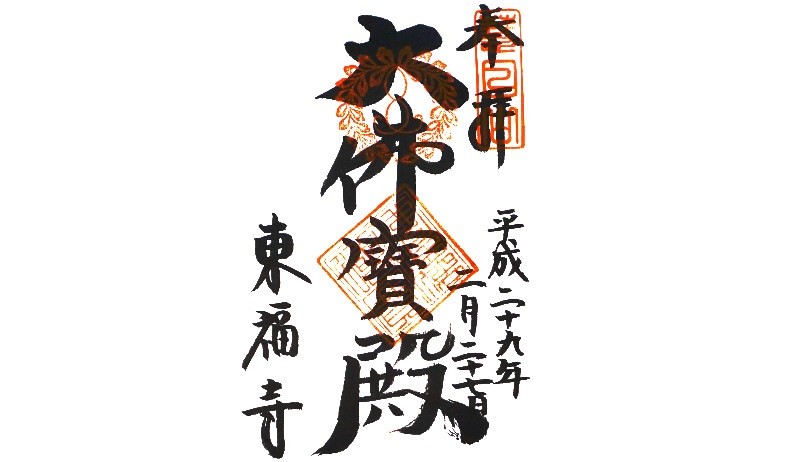 The beauty of the intricate stamp in the middle is in a class of its own. 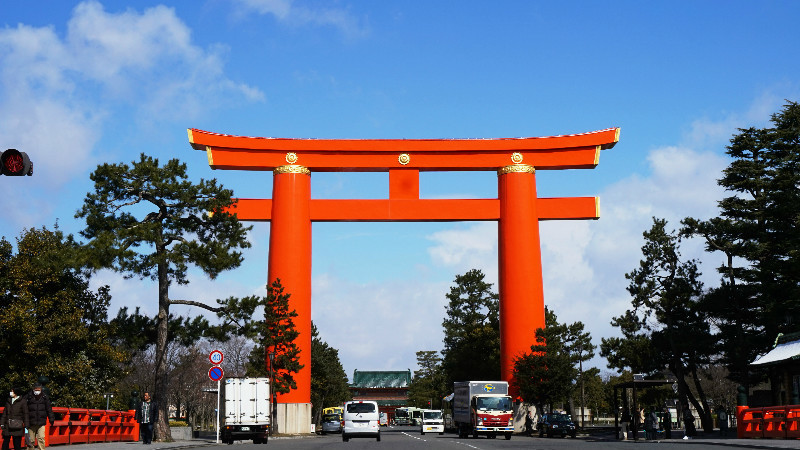 One of the most famous sightseeing spots in Kyoto, Heian Shrine, has a very beautiful and big vermilion torii gate. 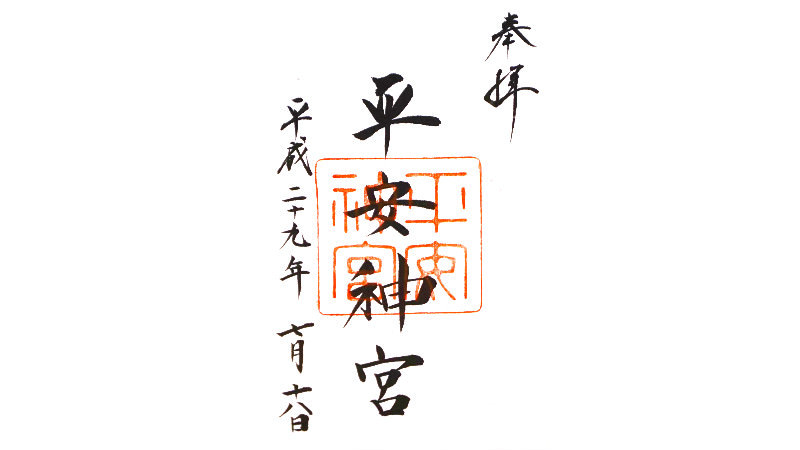 The simplicity of this goshuin is just way too cool! 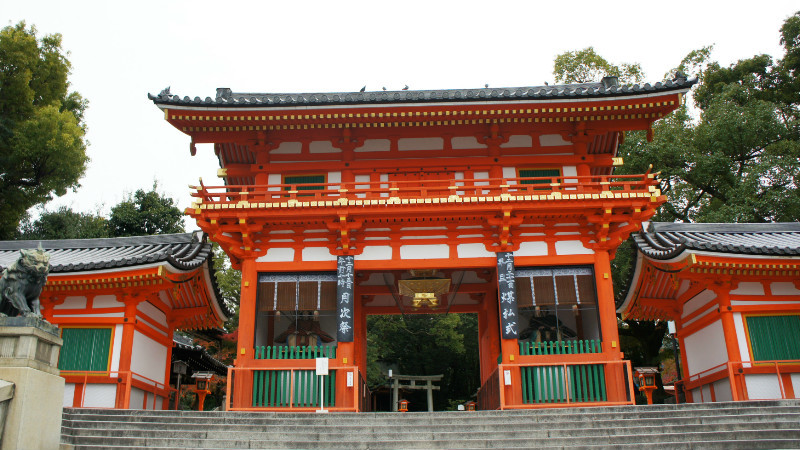 Yasaka Shrine is an always popular destination for tourists. 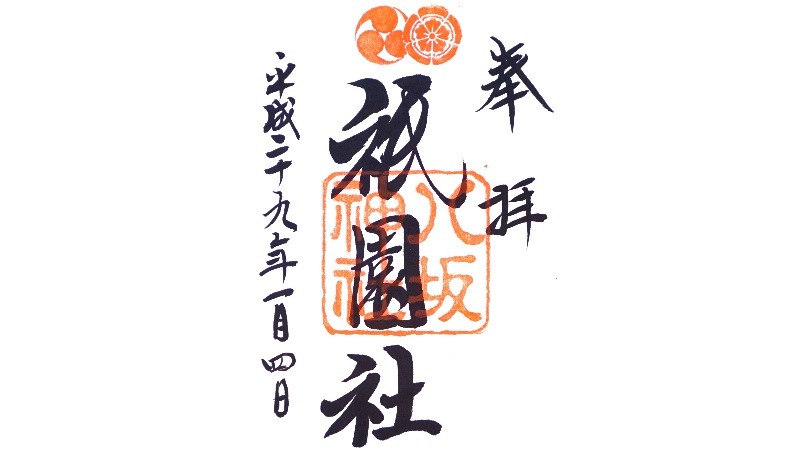 The goshuin you can get here is also very simple. 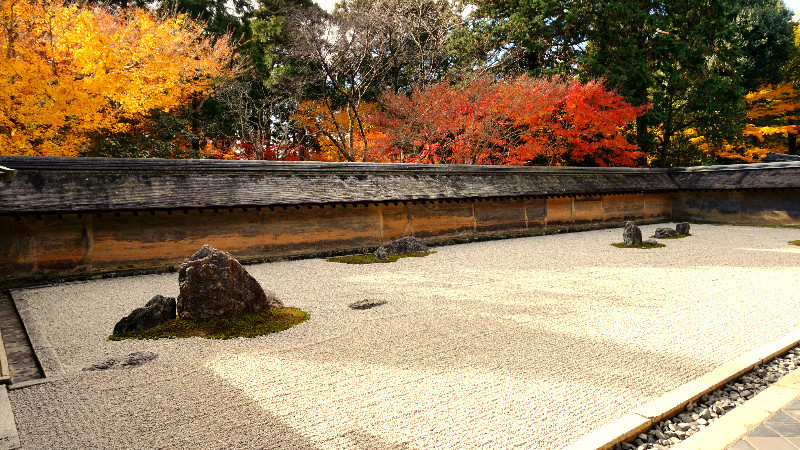 Ryoan-ji Temple is famous for its rock garden. 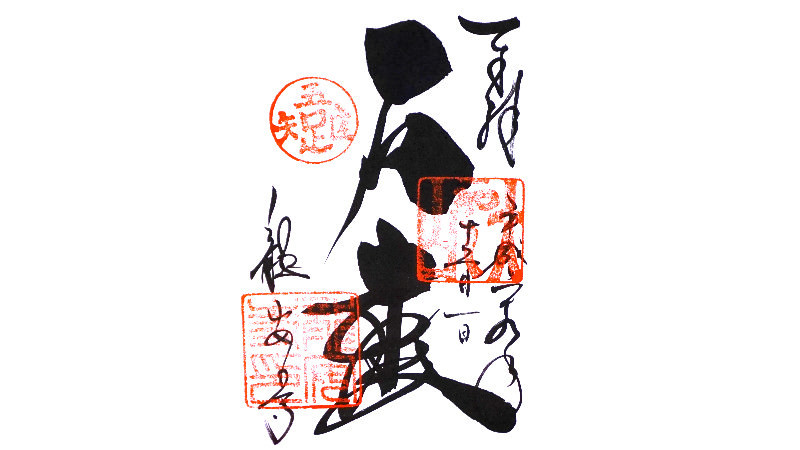 In the middle of this goshuin you can see the Chinese characters for rock garden.

Read More
A goshuin is a great reminder of your temple or shrine visit. They’re also great souvenirs and mementos of your trip to Kyoto, so I recommend collecting them. And note that goshuin stamps are a sign of having prayed at the temple, so the proper way of collecting them is to first go pray at the temple’s main hall!
Related keywords
All Things To Do Temples & Shrines Cultural Experience All Kyoto Area
New Articles
6 Must-Knows for Kyoto's Cherry Blossom Season
All Kyoto Area
5 Life-changing Zen Buddhist Temples in Kyoto
All Kyoto Area
Top 4 spots in Kyoto to view beautiful flowers
All Kyoto Area
View All New Articles
Feature Articles
Kyoto Oden Guide – From Classics to the Unconventional
Kyoto's World Heritage Level Autumn Leaves – What’s Your Plans? Kyoto Autumn Feature
Share
×
Share
Share
Tweet