Due to COVID-19, some information contained in articles may be out of date. Please check with establishments directly or see their websites for up to date info.
Best Bars / Pubs in Kyoto
Apr. 06, 2021 UPDATE
[Closed]Man in the Moon Rokkaku
Traveler Friendly
Popular with tourists
Menu
Japanese, English
Languages spoken
Japanese, English, Swedish
Downtown Bars / Pubs

[Closed]Man in the Moon Rokkaku

Traveler Friendly
Popular with tourists
Menu
Japanese, English
Languages spoken
Japanese, English, Swedish
Downtown Bars / Pubs
383 7 5.7 1 reviews
Basic information of [Closed]Man in the Moon Rokkaku
Story & Recommendation
Authentic British Pub Food and Drinks in Central Kyoto
Man in the Moon offers is a British pub in central Kyoto that offers a variety of food and drinks.
From the imported furniture from England to the wallpaper, everything at this pub—even the staff—give it that true British pub feel.
And just like any self-respecting pub, Man in the Moon also has wall-mounted TVs to watch the game and monthly gigs. Whether they're there to catch the football or to listen to the live music, you'll always be sure to find an international, friendly and welcoming crowd.
For both expats and Japanese locals who've lived abroad, Man in the Moon provides a familiar feel, which after a couple of nights of raw fish dinners in a row, is a much sort after asylum for many.
If you're feeling like a taste of back home, then join the swaths of new customers and regulars alike for some outstanding, authentic British grub.
1Recommended

International Beers / From ¥600
Man in the Moon has ten different types of beers on tap that include brands from all over the world. However, if this is your first pub in Japan, then we recommend getting a Japanese classic, Asahi Super Dry “extra cold” draft beer served at minus 2.2 °C. After that move on to a classic, like a good old Corona! No matter what you order though, we highly recommend getting it with a side of Spanish Jamon Serrano ham sliced right from the shoulder hung at the front of the bar.
2Recommended

Fish and Chips / ¥700
If you're from a commonwealth country, then this dish needs no introduction. Man in the Moon's fish and chips come served with heaving load of tartar sauce and a squirt of vinegar on the side. Using both homemade batter and tartar sauce, this classic British bar snack is also offered in half sizes, so there's no reason not to get it!
3Let's Try!

Man in the Moon Roast Beef / ¥1,000
Another favorite at Man in the Moon, this beautifully cooked rare roast beef is made entirely in-house. This addictively cooked bar snack has captured the hearts of Man in the Moon patrons for years and made sure that one visit never feels like enough.
How to Order 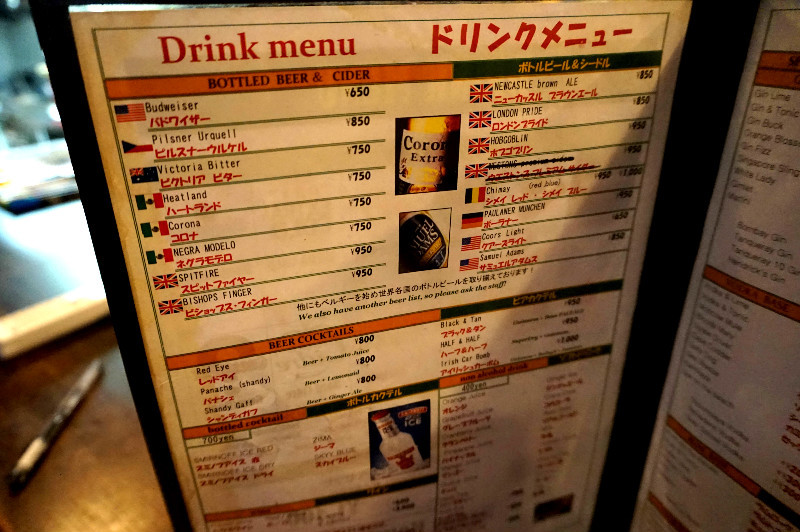 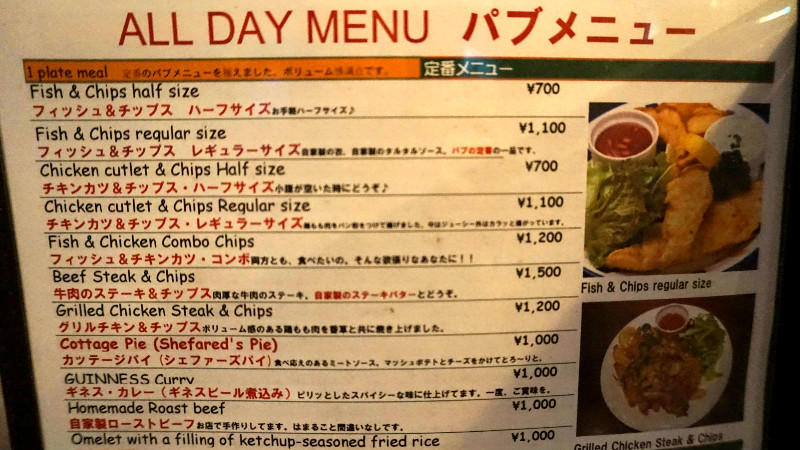 Just like any pub back home, pay when you order and sit tight while they make your drink.