- BDYエスニック -
Traveler Friendly
English menu available
Menu
English
Languages spoken
Basic English
Downtown Asian Gyoza (Dumplings)
96 0 9.3 1 reviews
Basic information of BDY Ethnic
Story & Recommendation
BDY Ethnic – Original Ethnic Cuisine Packed with Herbs and Spices
BDY Ethnic is an ethnic restaurant that opened its doors in July of 2019. With a love for ethnic cuisine, the owner of BDY Ethnic wanted to open a restaurant around his beloved food, which “anyone could enjoy, and wouldn’t be too off the wall.” As the name suggests, the food at BDY Ethnic contains the herbs and spices you’d expect from ethnic food while managing to stay around a relatively low entry-level. BDY Ethnic will also kindly adjust the amount of herbs and spices in any given dish–including adding coriander or taking out herbs you don’t like–making it easy for you to order things that fit your tastes. Also, another huge draw of BDY Ethnic is their seasonally based menu. With the exception of a few dishes, BDY Ethnic’s entire menu changes seasonally, meaning that with every new season, you’ll be treated to new ingredients, new dishes, fresh surprises and new things to enjoy. Made with the help of the entire restaurant crew, BDY Ethnic’s dishes are not only delicious but also give off the originality of the restaurant, as well. BDY Ethnic is a genuinely fantastic restaurant with not only warm and welcoming staff and a chill atmosphere, but easily accessible and original ethnic cuisine. Also, if you’re looking for a drink, then you have the choice of chilling out among the colorful, uplifting interior or relaxing on the outdoor terrace in warmer months and enjoying the cool evening breeze. This restaurant is great whether you’re with friends or someone special, so if you're up for something a little different, then definitely give BDY Ethnic a try!
1Recommended

Chinese Chives, Ginger & Zha Cai Gyoza / ¥500 (inc. tax)/per serving (6 dumplings) *single piece orders available: ¥100 (inc. tax)/per dumpling
These are BDY Ethnic’s original Chinese Chives, Ginger & Zha Cai Gyoza. Enjoy the gyoza with the accompanying shrimp flavored chili sauce. These gyoza, which are made with an especially thick wrapper, are first boiled before being quickly fried, giving them a simultaneously crispy yet chewy texture. The fillings of Chinese chives, ginger and Zha Cai are balanced perfectly and pack a punch, while still managing to be easy to palate. The gyoza can also be ordered as soup gyoza, so if you’d prefer that option, then go ahead and ask the staff. In addition to the above, BDY Ethnic also offers a range of other seasonally based unique gyoza as well, including tom yum gyoza with lime salt, and marmalade, celery and duck gyoza with smoked rosemary oil and salt and pepper. With so many interesting choices, how could you not want to give these a try!
2Recommended

BDY Spiced Sweet & Salty Fried Chicken Necks *pictured is a half size / ￥900 (inc. tax)
Hitting your appetite with a spice packed left hook as soon as they land on your table, these fried pieces of chicken neck meat are sweet, salty and covered in a hardy amount of BDY original ethnic spices. The BDY spice is a mix of over ten ingredients, including five-spice, coconut powder, cumin, sakura shrimp and fried onions. The moment the mix enters your mouth, you’re treated to an irresistible wash of complex flavors from all the various spices. This dish also includes fried garlic and bar snack-like mixed nuts, so it itself pairs awesomely with a drink… or two. If you’re looking to try a bunch of different things, then grab yourself a half size and save some room for the rest of the great food coming up!
3Let's Try!

Lotus Root, Shrimp & Herb Mix / ￥700 (inc. tax)
This Lotus Root, Shrimp & Herb Mix is one of BDY Ehtnic’s most popular appetizers. Made with a mix of squishy shrimp, crunchy lotus root and a dressing of herbs including chervil, dill and basil, this dish gives you incredibly refreshing and herby flavors. The mild acidity and fragrance of the various herbs kick your appetite into overdrive and make this maybe the perfect appetizer. While simple, this draws out the best aspects of each respective herb and gives you a glimpse into what makes BDY Ethnic so good.
4Let's Try!

Minced Pork Rice / ￥500 (inc. tax)
Emblematic of Taiwan, Minced Pork Rice is a popular rice dish often ordered as the final in a long series of dishes. The pairing of the salty Japanese mustard leaf pickles and melt in your mouth sweet and salty pork belly is just incredible. This irresistible combination will also have you wolfing down spoonful after spoonful of the rice. The addition of menma bamboo shoots and their unique texture also provides the dish with a nice accent that makes every bite new and exciting. The addition of star anise and cinnamon make this dish feel just like the real deal, so if you're not sure what to finish off your meal with, then you can’t go wrong with Taiwan's amazing Minced Pork Rice.
How to Order 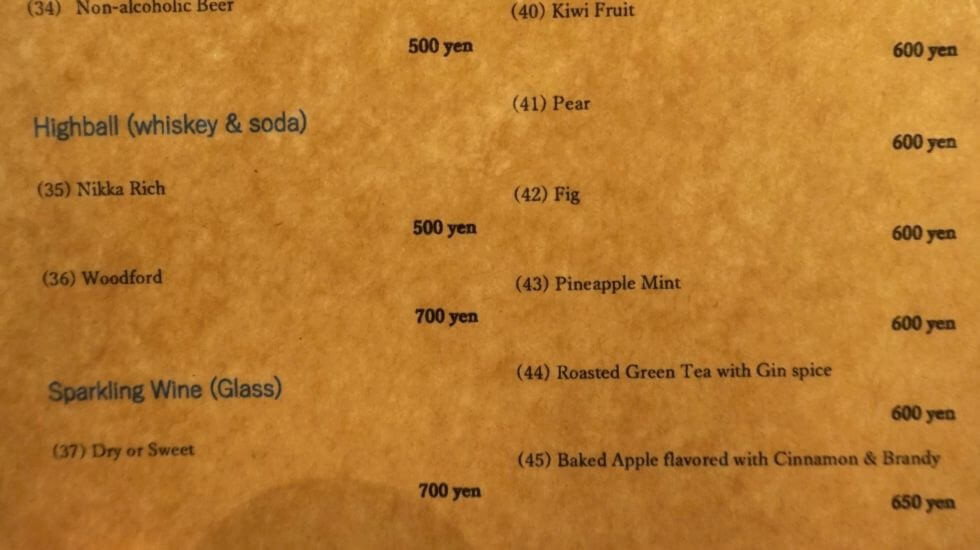 BDY Ethnic also have an English menu, so ordering should be a breeze.

When ordering, simply point to the dishes you’d like for the smoothest interaction. 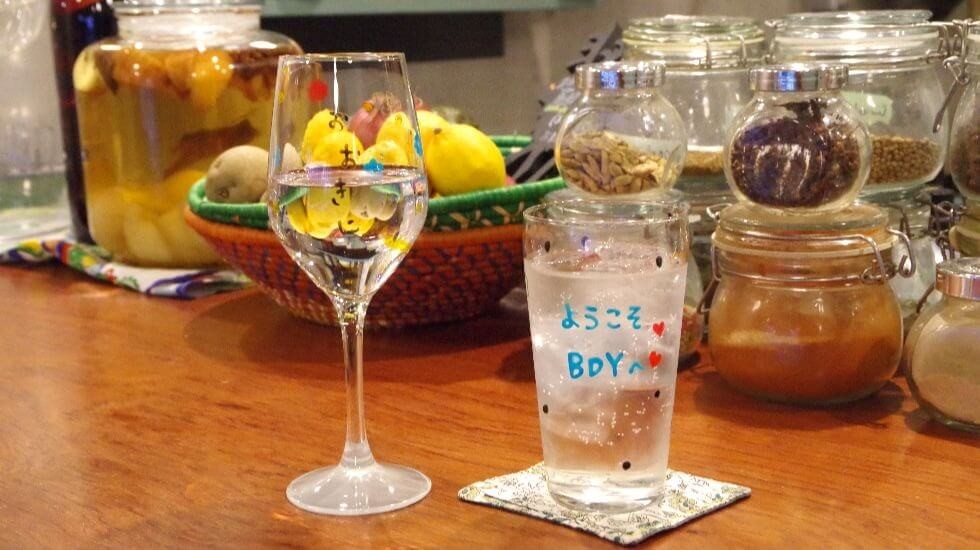 BDY stocks only wine personally tasted by the sommelier certified owner, and as they change seasonally, you’re always sure to run into something new.

In Kyoto, there aren’t many restaurants where you can enjoy the marriage of ethnic cuisine and wine, so this truly makes BDY Ethnic a precious jewel.

BDY Ethnic also has a lineup of unique spice and herb-filled drinks in addition to their dishes, including "baked apple and cinnamon brandy" and "bitter melon and bonito flake gin and tonic."

If you're looking to try something a little off the wall, or just something unique to BDY Ethnic, then definitely give them a try!