Due to COVID-19, some information contained in articles may be out of date. Please check with establishments directly or see their websites for up to date info.
Best Gyoza (Dumplings) in Kyoto
Apr. 08, 2021 UPDATE
Gyoza Hohei - ぎょうざ 歩兵 -
Traveler Friendly
The staff understands some English, and what’s even better is that they have their menu in English.
Menu
In English and Japanese.
Languages spoken
Japanese and some simple English.
Gion & Kiyomizu Temple Gyoza (Dumplings)

- ぎょうざ 歩兵 -
Traveler Friendly
The staff understands some English, and what’s even better is that they have their menu in English.
Menu
In English and Japanese.
Languages spoken
Japanese and some simple English.
Gion & Kiyomizu Temple Gyoza (Dumplings)
3356 22 7.7 1 reviews
Basic information of Gyoza Hohei
Story & Recommendation
Dumplings fit to be consumed by foot soldiers at Gyoza Hohei in Gion
Hohei is a gyoza place in the busy geisha district of Gion, and its named after the pawns, or foot soldiers, in a Japanese chess game. It’s only open at night, and pretty late at that: until 3 a.m.! Though there is often a line in front of the restaurant, the taste of these little gyoza-dumplings is definitely worth the wait. What makes this place special is not only the location in the middle of the geisha district of Gion (meaning that actual maikos and geishas sometimes pop in for some garlic-free gyozas), but how painstakingly carefully everything is made. The dumplings are equally sized, and each one of them is cooked to perfection.
1Recommended

Gyoza / ¥500 for 8
Hohei offers two types of gyoza, ones with garlic and leek, and ones with ginger in them instead of garlic. This is mainly because geisha and maiko are afraid that if they eat garlic they’d get the much-feared garlic-breath. The normal ones are best eaten with the gyoza-sauce, vinegar, and Hohei’s special chili oil, but the ginger gyoza are best had with Hohei’s special sweet miso sauce.
2Recommended

Cucumber in a vase / ¥380
This dish is pretty simple; you have cucumber in a vase. The cucumber is flavored with sesame oil and is very fragrant. This is a great palate-changer when you have had too much gyoza – after one vaseful of these, I’m sure you can go for another plate of gyoza. And I have to say, rarely you see cucumber served in a manner that is this photogenic.
3Let's Try!

Clam espresso / ¥380
After a hard night of drinking, it is believed that clam soup will help your liver deal with all that alcohol. And here at Hohei they have gone one step further and made this soup into an espresso: a clam soup with a strong punch. So, if after a night of drinking in Gion you wander to Hohei, remember to down a cup of clam espresso. Your liver may thank you.
How to Order 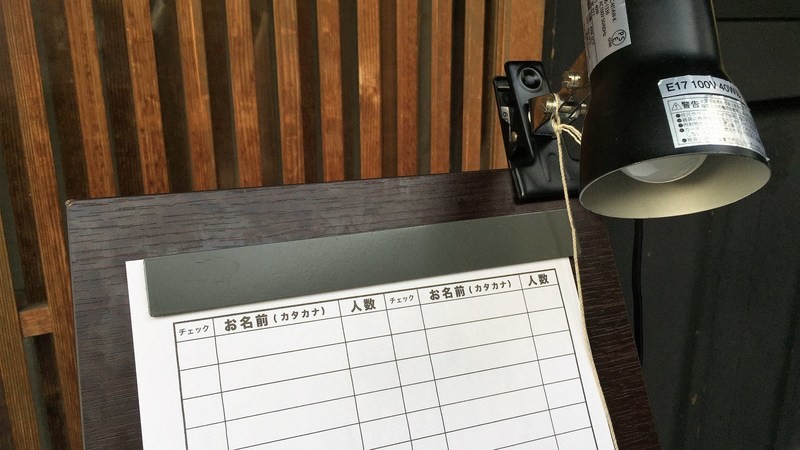 Note that if you leave the vicinity of the restaurant you may lose your place. The best times to go would be writing your name on the board before the restaurant opens and after 10 p.m. Note that they may not have any dumplings left at 3 a.m. if it’s really busy.

They have a nice selection of beer so be sure to order some. Stout would be my recommendation.