Best Temples & Shrines in Kyoto
Feb. 07, 2020 UPDATE
Rokusonno Shrine - 六孫王神社 -
Traveler Friendly
This shrine is close to Kyoto Station, so it’s easy to get to. They may not speak English, but I hope this will not deter you from seeing the shrine.
Information
Japanese
Languages spoken
Japanese
Kyoto Station Temples & Shrines

- 六孫王神社 -
Traveler Friendly
This shrine is close to Kyoto Station, so it’s easy to get to. They may not speak English, but I hope this will not deter you from seeing the shrine.
Information
Japanese
Languages spoken
Japanese
Kyoto Station Temples & Shrines
369 0 --- 0 reviews
Basic information of Rokusonno Shrine
Story & Recommendation
Close to Kyoto Station, you may find one of the three Genji shrines of Japan, famous for its cherry blossoms, Rokusonno Shrine
About a 15-minute walk from Kyoto Station’s Hachijoguchi exit, Rokusonno Shrine is a spot known only by the locals for its beautiful cherry blossoms. The history of this shrine begun in the Heian period, over a thousand years ago, and the shrine was built to enshrine Minamoto no Tsunemoto, who was the sixth son of the emperor, and because he was called Rokusonno, the shrine is also named after him. This shrine is a place where you can pray for good things from birth to death, so this shrine is also known as a place to pray for the prosperity of your descendants. The bridge in the middle of the shrine, Taiko-Bashi, is also known as the bridge of love, and it is said that by crossing it you will find a marriage partner. There are usually not many tourists here, except during the cherry blossom season. This place is well-known for its cherry blossoms among the locals. To-ji Temple, famous for its Five-Storied Pagoda, is also close by, so I would like to recommend Rokusonno Shrine to you if you’re coming to Kyoto during the cherry blossom season.
1Highlight

Haiden
The hall of worship of the shrine, called Haiden, is also a Designated Kyoto Cultural Property. This is where Minamoto no Tsunemoto, also known as Rokusonno, who is also the namesake of the shrine, is enshrined.
2Highlight

Taiko-Bashi
This humpback bridge is also known by the name “Love Bridge.” If you cross this bridge while wishing for a good partner, it is said that your marriage luck will improve.
3Good Experiences

Shinryu Pond
Shinryu Pond is in the middle of the shrine. Before his death, Minamoto no Tsunemoto said that he would continue to live on in this pond as a dragon after his death and keep praying for the prosperity of his descendants. To this day you can see koi carps, who are said to be messengers of this shrine’s god, swimming in the pond.
- Manner & Tips - 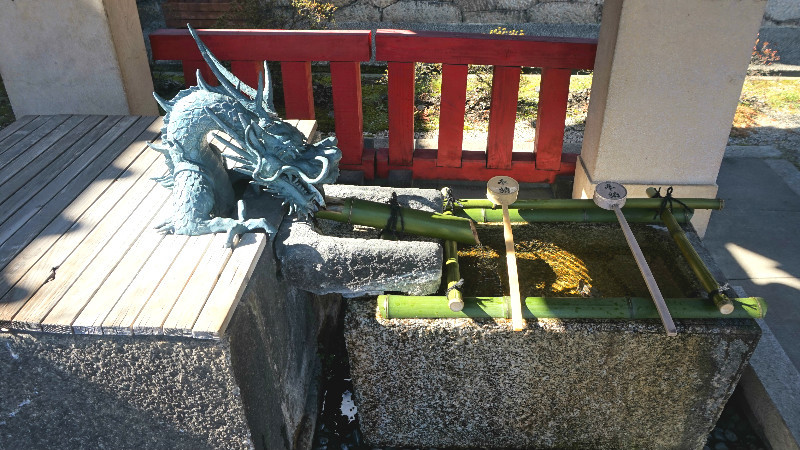 Note that the purifying spot of Chozuya is on the left side of the Haiden, so it’s easy to miss.