Due to COVID-19, some information contained in articles may be out of date. Please check with establishments directly or see their websites for up to date info.
Best Department Stores in Kyoto
Nov. 06, 2020 UPDATE
Camera no Naniwa Kyoto - カメラのナニワ -
Traveler Friendly
They have English speaking staff so feel free to ask them if you have anything you’d like to know!
Information
Japanese with some English.
Languages spoken
Japanese and English
Downtown Department Stores

- カメラのナニワ -
Traveler Friendly
They have English speaking staff so feel free to ask them if you have anything you’d like to know!
Information
Japanese with some English.
Languages spoken
Japanese and English
Downtown Department Stores
3587 5 --- 0 reviews
Basic information of Camera no Naniwa Kyoto
Story & Recommendation
Camera no Naniwa Kyoto is the place to go if looking for film or film cameras in Kyoto
When it comes to finding film in Kyoto, you don’t have that many options. Sure, the bigger electronics stores will have film on sale, but even there you won’t find a good selection of film. Luckily we have Camera no Naniwa right in the middle of Kyoto, a short walk from Hankyu Kawaramachi Station, that stocks of over 3,000 used lenses and cameras. They have a nice selection of film from Rollei to Ilford, and of course by Fujifilm too, not to forget Kodak! They even have film for you if you like yours the instant-kind, as they stock both Fujifilm’s Instax variety of it, and also the Polaroid ones too (at least in August 2018). If you like your photographs to be more digital, they also have a nice selection of cameras and lenses for DSLRs too, both old and new, at competitive prices. Since you’re in Japan, consider getting your Nikon, Canon, Fujifilm, and Olympus cameras right here in the land of the rising sun.
1Recommend!

Leica cameras
If you’re looking for a Leica, you could do worse than buy it in Japan. Used Leica’s sold in Japan are usually immaculate; they look like they were new. So if you’re looking for an M3 in Kyoto, take a look at the ones on offer at Camera no Naniwa.
2Recommend!

Mamiya 7 & other hard-to-find Japanese cameras
You can find some pretty rare cameras here that you would probably have trouble finding somewhere else than Japan, like the beautiful Mamiya 7 that is in the picture. You really do find some interesting cameras here, such as a mint Asahi Pentax Auto 110, the only mini-SLR that had interchangeable lenses.
3Check it out!

“Junk corner”
They also have a “junk corner” where they put all the lenses and cameras that are not in a good shape, or might even be broken. But you can also sometimes make finds here, so looking at what kinds of lenses they have on offer here right now is fun. And as they’re all “junk” this also means that they’re cheap too!
4Check it out! 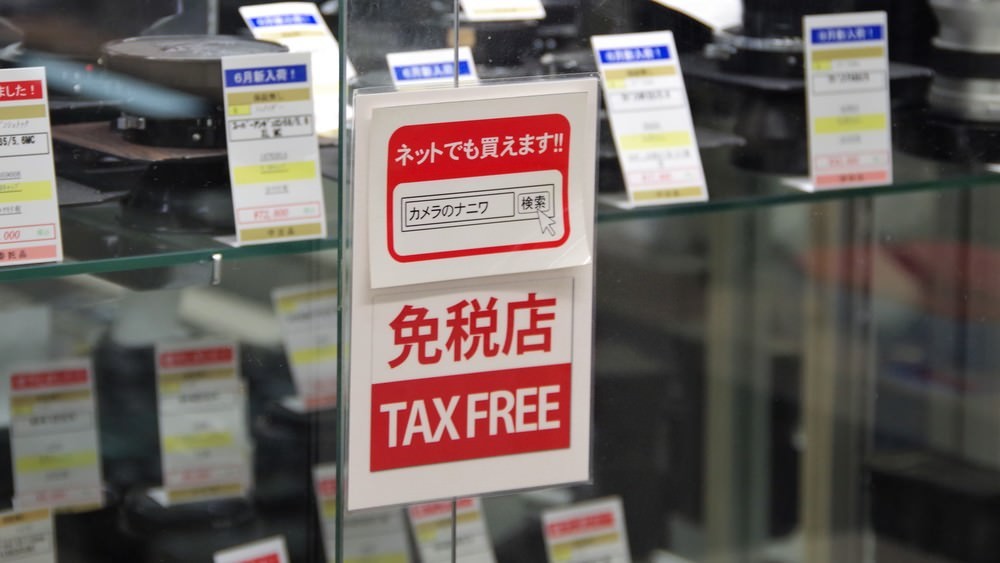 You can buy your camera tax-free so remember to take your passport with you when you go shopping.

Consider making a reservation if you want to have your picture taken in a kimono!