Best Sweets in Kyoto
Apr. 22, 2020 UPDATE
La KLASSIQUE
Traveler Friendly
Choose your desserts from the display case. Each item is displayed in English. Thanks to its proximity to the Shimogamo Shrine, you can easily drop by while sightseeing.
Information
English
Languages spoken
Basic English
Shimogamo Shrine & Kitayama Sweets

Traveler Friendly
Choose your desserts from the display case. Each item is displayed in English. Thanks to its proximity to the Shimogamo Shrine, you can easily drop by while sightseeing.
Information
English
Languages spoken
Basic English
Shimogamo Shrine & Kitayama Sweets
352 11 --- 0 reviews
Basic information of La KLASSIQUE
Story & Recommendation
An arête patisserie that’ll have you coming back every season, if not every day
Cut through the UNESCO World Heritage Site of the Shimogamo Shrine and Tadasu no Mori forest, and you’ll come across the striking white façade of La KLASSIQUE.
Fans eagerly awaited the opening of La KLASSIQUE in August 2018 after this husband and wife patisserie duo, who previously worked many years at a well-known Kyoto patisserie, decided it was time for them to embark on a new voyage and open a store of their own.
Speaking on the concept behind La KLASSIQUE’s flagship dessert, the Choux Classic, Ms. Kato says smiling; "The dessert found its roots in the choux cream pastries that my husband’s father, who was a chef himself, would often bring home from work."
The most important aspect of pastries for Mr. and Ms. Kato is seasonality — meaning that they place a huge importance on seasonal ingredients and recipes.
And this unwavering dedication to their pastries can be seen throughout their menu.
In addition to using domestically grown fruit, the couple also works within the bounds of the seasons and use only what is available to them to, through trial and error, create the absolute best, and most seasonally appropriate recipes — whether that be tarts, pies, scones or even crème caramel.
Even the store's jams are canned with perfectly ripened fruit and don't use any preservatives. While these preservative-free jams have a short shelf life of only four months, this allows customers to enjoy them while they are at their very best, season-wise and taste-wise.
The Shimogamo area is blessed with a tremendous amount of greenery and is a great place to sit back and relax, away from the hustle and bustle of downtown.
La KLASSIQUE itself is excellent regardless of if you just want to pick up a cake to enjoy on a stroll through the Tadasu no Mori forest or next to the Kamogawa River, or looking for a place to sit down and have a cup of tea (the store seats up to 10 people and is open from 11 a.m. to 5:30 p.m.).
Indulge yourself in the tastes of the seasons at La KLASSIQUE.
1Recommend!

Lemon Cake / ￥324 (inc. tax)
Fast becoming the symbol of the store, this is La KLASSIQUE's Lemon Cake. Pull both ends of the candy wrapper-like paper to reveal a cute little lemon-shaped cake. Biting in, the refreshing flavors of the lemon from the thin layer of icing work their way around your pallet as the remarkably moist cake delicately falls apart in your mouth. The specially chosen Mie Prefecture lemons have a modest and well-rounded sourness with a strong aroma, meaning that even those without much of a sweet tooth should enjoy these cakes. This Lemon Cake is similar to a pound cake, meaning it will likely feel familiar. However, this cake is an entirely Japanese creation so we highly recommend taking the opportunity to try one for yourself.
2Recommend!

Choux Classic / ￥378 (inc. tax)
This pastry is the Choux Classic, the inspiration behind the name La KLASSIQUE. The crispy choux pastry, dusted with refined Belgian pearl sugar, is baked to perfection with a layer of cookie dough on top to give the bumpy outer an even more satisfying crunch. The custard cream that oozes from the center of the choux is slightly springy, while the flavors of the eggs and Madagascar vanilla beans leave their distinct flavors on your tongue. The combination of the choux pastry and custard is a simple one, but it's precisely this simplicity that allows La KLASSIQUE’s dedication to quality to stand out. The Choux Classic gives you the uncompromising balance and spectacular conjugation of the three entirely unique textures of cookie dough, choux pastry, and custard cream, all in one delicious dessert.
3Check it out!

Japanese Blood Orange and Shiranui Tart / ￥540 (inc. tax)
This Japanese Blood Orange and Shiranui Tart is an April exclusive that we were able to snag on our visit to La KLASSIQUE. This seasonal tart uses a variety of Mandarin called Shiranui, or more commonly, Dekopon, from Kumamoto Prefecture. Usually, tarts are topped with a coating of almond cream, but La KLASSIQUE uses lavish creme brulee instead. The use of creme brulee allows the rich flavors and aromas of the oranges and Shiranui mandarins to stand out and really take center stage. The delicious fruits that feature on these tarts are chosen according to the specific season you visit in, meaning that a new season will bring an entirely different tart for you to enjoy.
4Check it out!

Banana and Blood Orange Mousse Chocolat / ￥594 (inc. tax)
A favorite at La KLASSIQUE, the Banana and Blood Orange Mousse Chocolat. Enclosed in the uniquely shaped chocolate sits a chocolate mousse with an orange and ripe banana sauce. Surprisingly, this mousse doesn’t contain any gelatin and is made entirely with the stabilizing effects of the pectin inside the sugar spot covered ripened bananas and Japanese blood oranges, which are also used in the tart mentioned above. By pairing these fruits with the chocolate mousse, La KLASSIQUE has managed to reveal an entirely new side of them. The surrounding chocolate is purposely kept untempered to give it a soft texture that doesn’t crack when you cut into it and beautifully melts together with the mousse in your mouth. This dessert is a staple at La KLASSIQU, but as the fruit inside change seasonally, it’s also one that you’ll never grow tired of.
How to buy

Each menu item is written in English and displayed in either the display cabinet or on the rack. 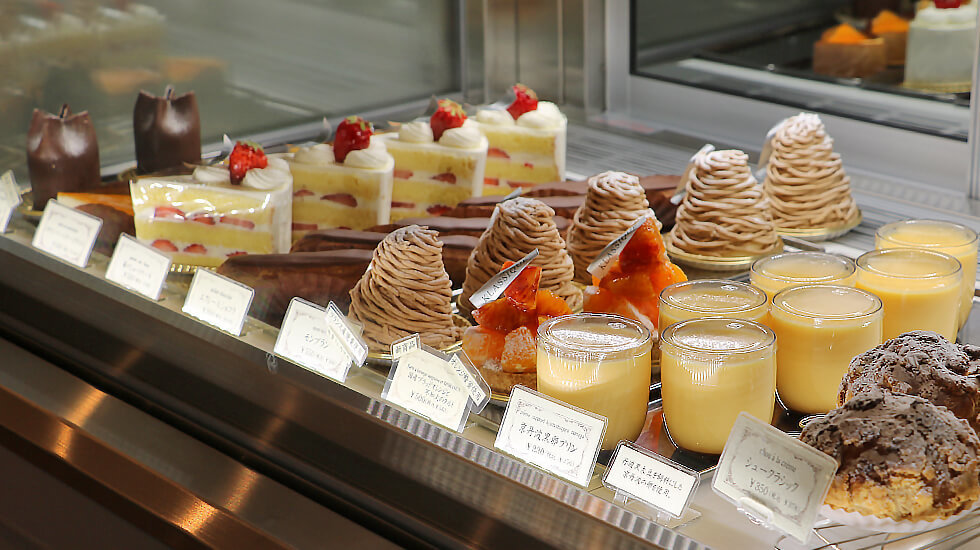 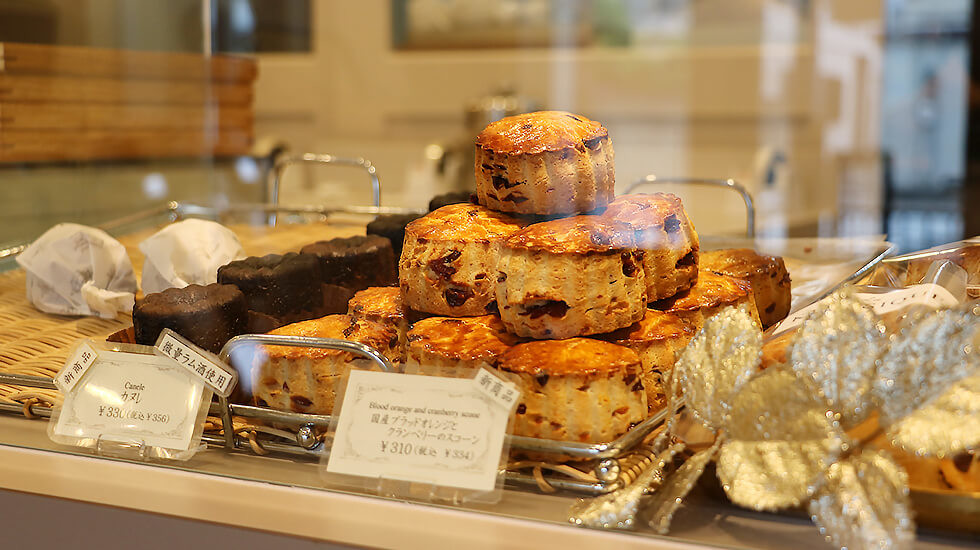 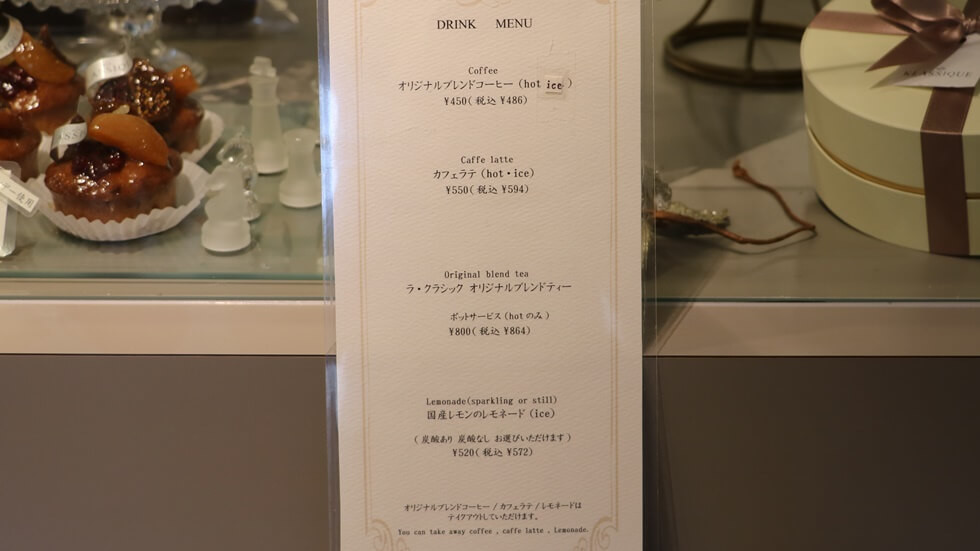 If you choose to take home a cake, La KLASSIQUE will include two hours’ worth of ice packs free of charge on request. Ask the staff when purchasing your cake if you would like them.
For people that require additional ice packs, they can be added for ￥162 (inc. tax) each.

In addition to cakes, La KLASSIQUE also stocks a wide range of other treats, such as pastries and jams, which can be great gifts for friends and family back home. 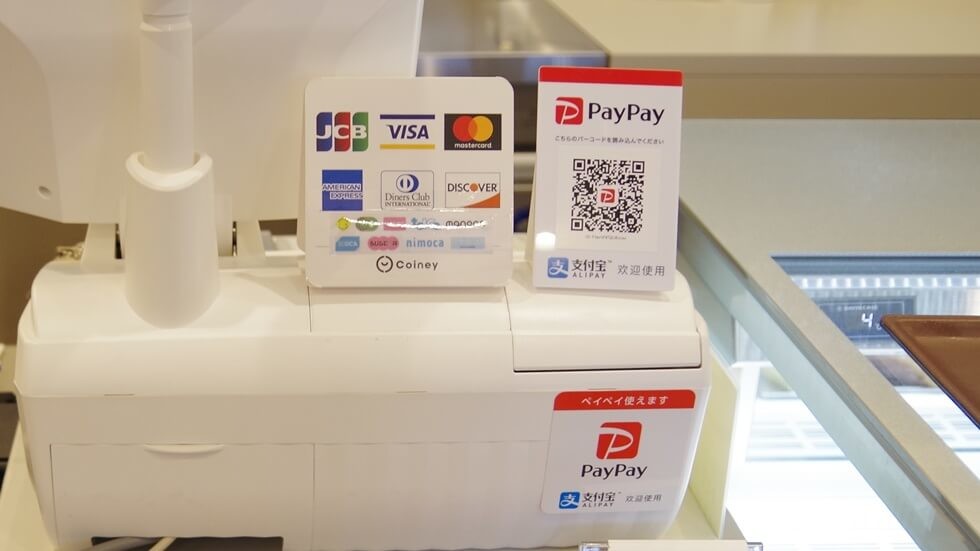