Due to COVID-19, some information contained in articles may be out of date. Please check with establishments directly or see their websites for up to date info.
Best Sweets in Kyoto
Aug. 25, 2020 UPDATE
Castella do Paulo
Traveler Friendly
The place is run by a Portuguese pastry chef so they're exceptionally tourist-friendly!
Information
English, Portuguese, and Japanese.
Languages spoken
Japanese, English, Portuguese, Spanish, and French.
Nijo Castle & Kitano Tenmangu Sweets Food & Drinks To Go

Traveler Friendly
The place is run by a Portuguese pastry chef so they're exceptionally tourist-friendly!
Information
English, Portuguese, and Japanese.
Languages spoken
Japanese, English, Portuguese, Spanish, and French.
Nijo Castle & Kitano Tenmangu Sweets Food & Drinks To Go
858 7 10 1 reviews
Basic information of Castella do Paulo
Story & Recommendation
Authentic Portuguese sweets made by a Portuguese pastry chef at Castella do Paulo close to Kitano Tenmangu Shrine
Do you know the Japanese sweet castella? It’s a sweet whose name sounds Portuguese, and it’s, in fact, something that Portuguese missionaries brought to Japan. But this happened hundreds of years ago, so the present Japanese castella is not quite like the sweets that you can find in Portugal. This is where Paulo Duarte comes into the picture. He is a Portuguese pastry chef who trained in Nagasaki, then opened a pastry shop specializing in castella in the original home of the sweet, Portugal. But after this, he decided to head back to Japan, to the historic ancient capital city of Kyoto. Many Japanese shrines are known for the sweets that are sold close to them. Right now, Kitano Tenmangu Shrine is famous for its Chogoro-mochi, which was the favored by the famous daimyo Toyotomi Hideyoshi. So maybe in a few hundred years, Kitano Tenmangu Shrine will instead be known for its castella?
1Recommend!

Pastel de nata and café latte / ￥660 (Including tax)
This set of a Portuguese egg pastry and café latte in Portuguese style is something that packs a lot of punch. The tastes are very strong, so you don’t need to eat a lot to be left satisfied.
3Check it out!

Pudin de gema / ￥240 (+tax) for one
This pudding uses egg yolks and an ample amount of sugar to make it a thick, sweet, and soft dessert you shouldn’t miss at Castella do Paulo.
4Check it out!

Take away / Varies
You can also buy things to go at Castella do Paulo! They have all kinds of things on sale, like premium quality castella, egg tarts, and pudin de gema.
How to buy 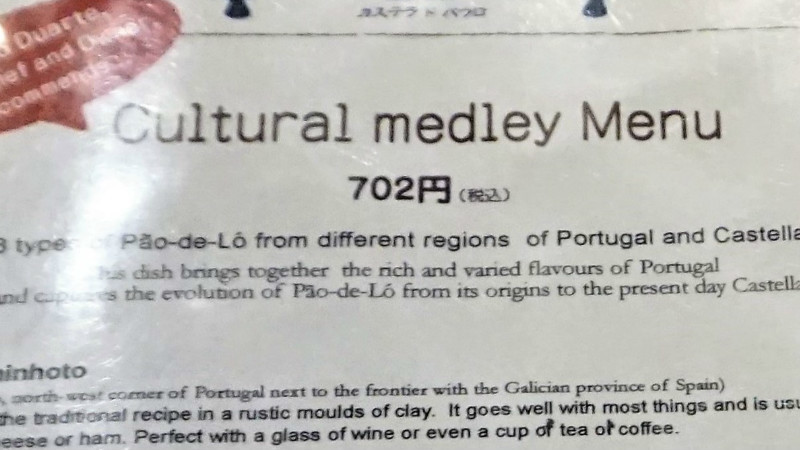 Remember to enjoy the different tastes of Portuguese Pao-de-Lo and Japanese castella!